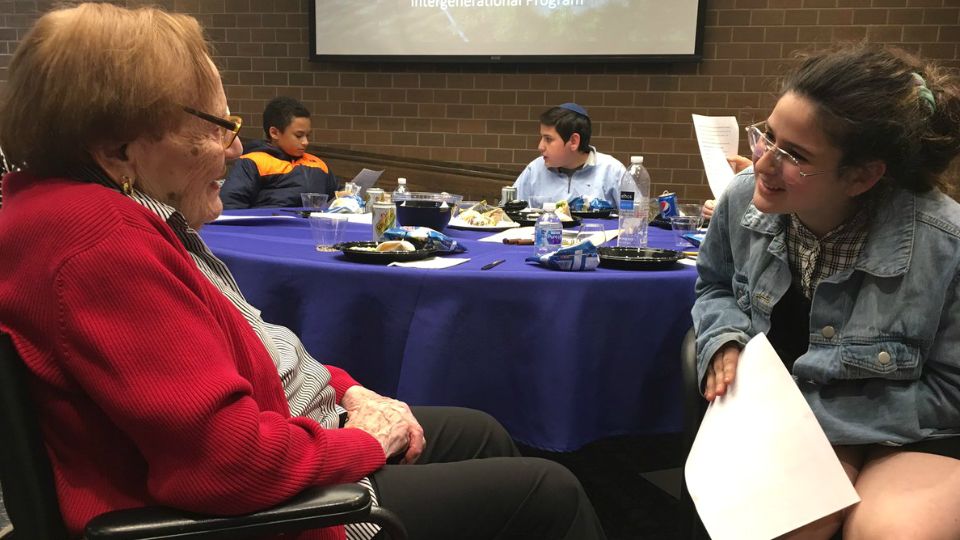 Lily Haber considers her brother one of the heroes to be celebrated during Thursday's International Holocaust Remembrance Day commemoration at Jewish Senior Life.

Haber grew up in Austria during the rise of the Third Reich. Her brother once stood in front of a store in their hometown. Nazis took him. He died at Buchenwald among the millions lost in the genocide.

As she recounted her brother's story, Haber turned to seventh grader Sarina Zaretzky, sitting at her table at the Senior Life center's event and asked: "They wanted to kill all the Jews. You understand, honey?"

#Generations. #Holocaust and #Heroism Remembrance Day brings #HillelSchool student #SarinaZaretsky and Lily Haber together at the @JewishSLife to hear and talk about people who saved many from the holocaust. pic.twitter.com/12jnV9dnHQ

Sarina and the rest of her classmates from Hillel Community Day School spent the day with residents at the Brighton senior community. The two partnered for a social and educational program called "Better Together." For the remembrance day, students from Destiny Christian Charter School joined them.

"You feel like you're actually there when they're telling you the story," said Zaretsky.

Together they celebrated non-Jews who performed heroic deeds to save lives during the Holocaust.

They also heard from Susan Singer, the daughter of a genocide survivor who sought refuge aboard the S.S. St. Louis, a German ocean liner that packed more than 900 onboard to escape Hitler. After being turned away at Cuba, then the United States and Canada in 1939, the ship returned to Europe and found sanctuary for nearly three-quarters of those onboard. The effort forever became known as "The Voyage of the Damned." Singer's father was in attendance at the commemoration.