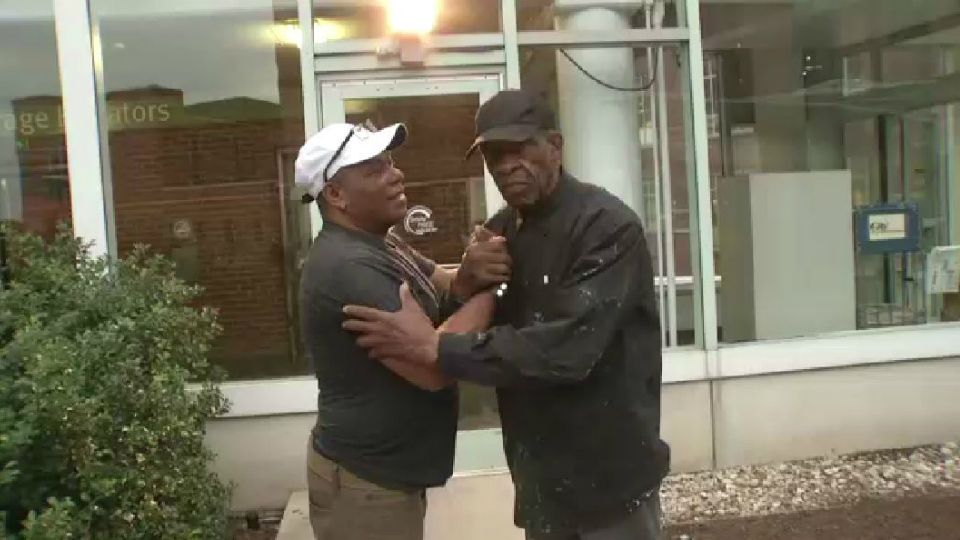 Elderly man walks miles to be alongside hospitalized wife

ROCHESTER N.Y. – One man’s love goes beyond walking distance and strength— rightfully so.

“You see, I’m not humped over like those guys out here – the old guys,” said Luther Yonger, 98. He started out from Chili Avenue when Dan Bookhard had just left the airport, spotting Luther walking along I-390 on Tuesday.

So he did the right thing, taking Yonger to be with his wife at Strong Memorial Hospital.

Yonger, a Korean War vet, is said to walk everywhere, according to his family.

“My dad’s always walked. He says he does it to stay alive,” says Luthta Yonger. She adds that her father now walks a different path, a path to his wife.

His wife of more than 50 years, Waverlee, is paralyzed and has suffered from brain cancer since 2009.

Luther Younger and his wife, Waverly, have been married more than 50 years. Due to health issues, she's been hospitalized for nearly two weeks. Even in the rain, he walks to be by her side. pic.twitter.com/O1NbFS9hOP

While reminiscing on the times they shared, Yonger said, “She’s the best cup of tea I ever had. She would come in and kiss me and say baby and feed me in the bed and this is what I need right here.”

It’s been nearly two weeks since Waverly has been in the hospital and Luther continues to go the extra mile to be by her side.