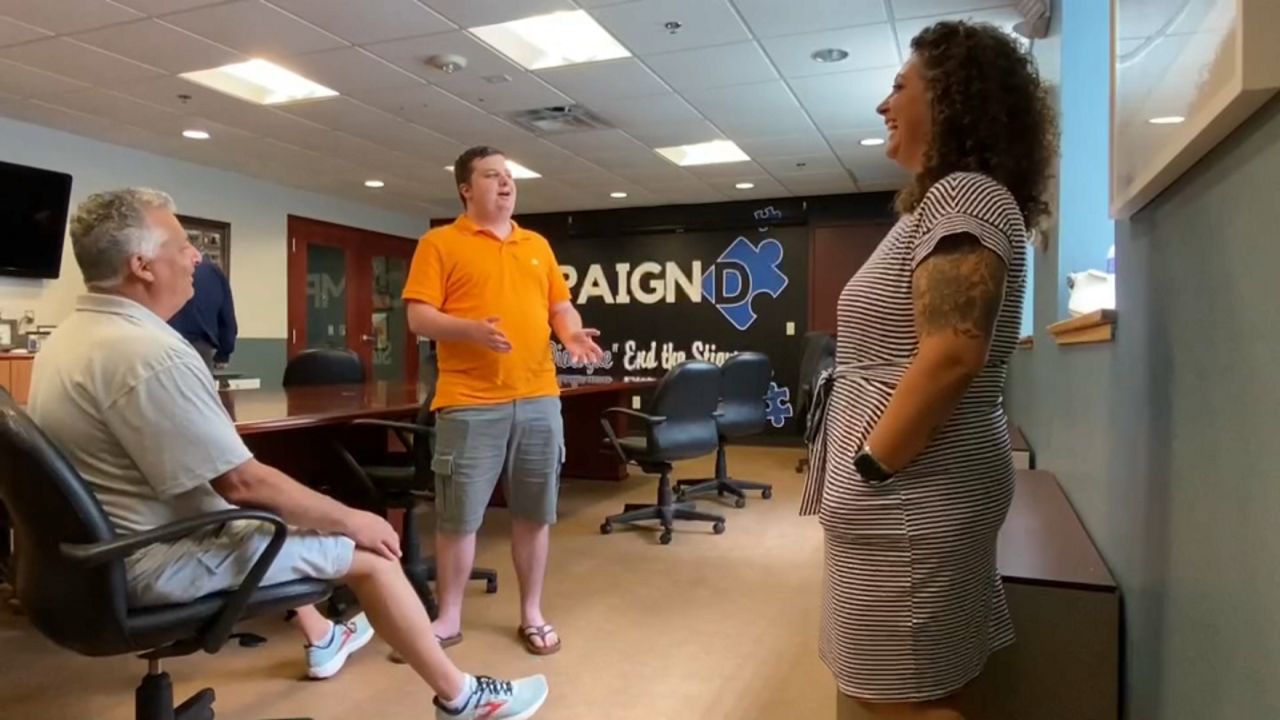 GATES, N.Y. — As an adult living with autism, Tyler Nersinger hasn’t had many places where he feels accepted. But rooms below a credit union in Gates aren’t one of them.

“We need something where we can tell our side of the story," said Nersinger. "You have the statistics, but those are statistics; we need an actual organization where we can share the personal side."

That’s the purpose of the new headquarters of Campaign D. Forming after a meeting between parents of kids with autism, Campaign D works to end the stigma surrounding autism.

“African Americans have the N-word on them," said board member Dalton Letta. "For us, it’s words like 'retard' or 'stupid.' So our hope is to end that and have people understand us more."

The D in Campaign D stands for dialogue. It’s a big part of what Nersinger and Letta do as board members for the organization.

Stephanie Mauro was recruited by the parents of Nersinger and Letta to act as the leader of Campaign D. She says the goal of her work is simple.

“Really ensuring that people know that people with autism it’s just a diagnosis," said Mauro. "They are still functioning members of the community; they are wonderful people to be friends with.”

Mauro hopes she’ll be able to expand Campaign D and the programs it does beyond Gates and even beyond Monroe County.