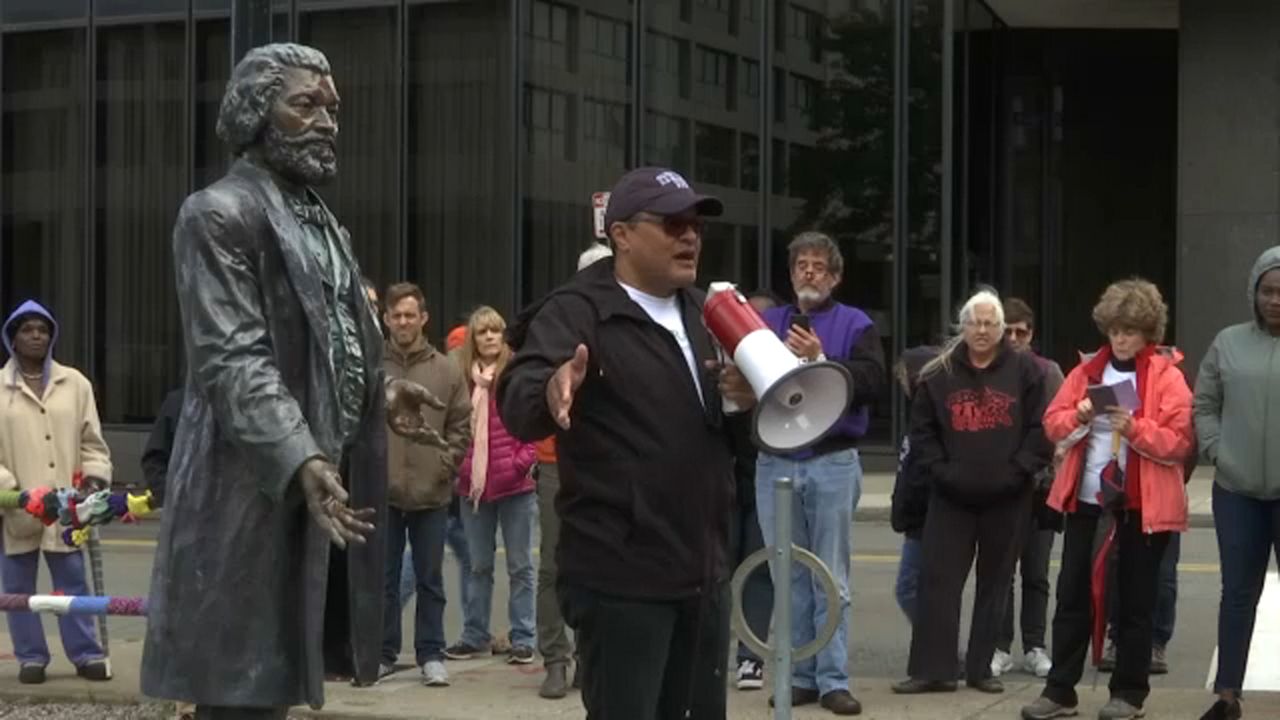 Dozens took part in the "Antiracist East-West Walk" in Downtown Rochester Saturday to help bring awareness about racism and inequities in the community.

The walk was put on by the Frederick Douglas Family Initiatives and Rochester Contemporary Arts Center.

The Antiracist walk was aimed at getting people ready for an event on November 18th with Ibram Kendi, author of the book “How to be an Antiracist.”

Some stops along the way were significant to Douglass’ life in Rochester, while others explored artist incorporating social justice themes.

"This is really an intentional mixing of the visual art community here in Rochester and so by actively walking across the city and visiting a few of the biennial’s projects," said Bleu Cease, Rochester Contemporary Art Center Executive Director.

Kenneth Morris said he was surprised by some of the stops along the walk and didn’t know what to expect prior to flying in from California for the event.

“It’s just a wonderful chance for the community to be able to see the very talented artists, and the work they’re doing and also to see sites that are significant in the life of Frederick Douglas here in Rochester,” said Kenneth Morris.

Bleu Cease added "to see Ken speak about his great, great, great grandfather in Rochester, it really - it gave me goosebumps and I think the whole crowd was touched and motivated to work and learn and listen and consider the concept of antiracism together."