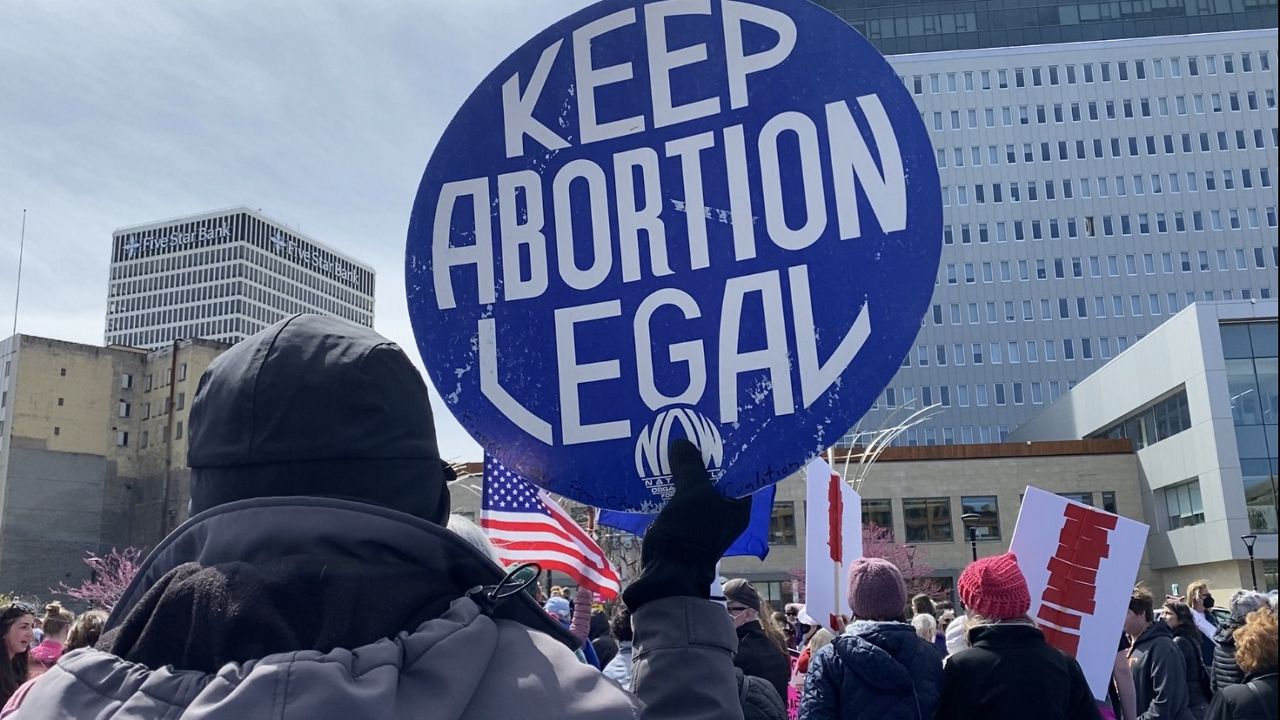 ROCHESTER, N.Y. — People of all ages came out for the Abortion Justice for All rally in Rochester on Saturday.

Many at the rally said hearing that the Supreme Court could overturn Roe v. Wade is a frightening prospect.

This comes after a leaked United States Supreme Court draft opinion obtained and published by POLITICO stated the court would overturn Roe.

“It’s scary to think about what I would have to in a situation where maybe I need an abortion and I was in a place where it wasn’t legal,” Clare Aroune said.

Speakers from Planned Parenthood and the state health commissioner spoke to the crowd, sharing why they believe having safe abortion access is needed.

Hundreds came out for the Abortion Justice for All rally this morning in ROC. Local leaders & advocates from planned parenthood spoke to the crowd #RoeVWade @SPECNews1ROC pic.twitter.com/kDCGIDXABY

“I’m of a generation that came of age when abortion was still illegal,” said New York State Health Commissioner Dr. Mary Bassett. "I had friends who had to travel out of the country to get one.”

Local officials shared their plans on making abortions accessible to all in New York, including the possibility of creating a fund to help others traveling from nearby states.

“As much as we in New York feel the protection, given what was signed into law a few years ago, there’s still work to be done to make sure everyone can afford it and can access the services they want and need at any time,” Assemblywoman Sarah Clark said.

That’s what motivated Aroune and her friends to come out, as they said they rallied not only for their rights, but the rights of others impacted by the potential reversal.

“It’s crazy we still have to be fighting for our rights to have bodily autonomy in this day and age,” Aroune said. “Especially with the fight that so many have been fighting over the years.”

Another rally is planned for next weekend in Rochester at Washington Square Park.