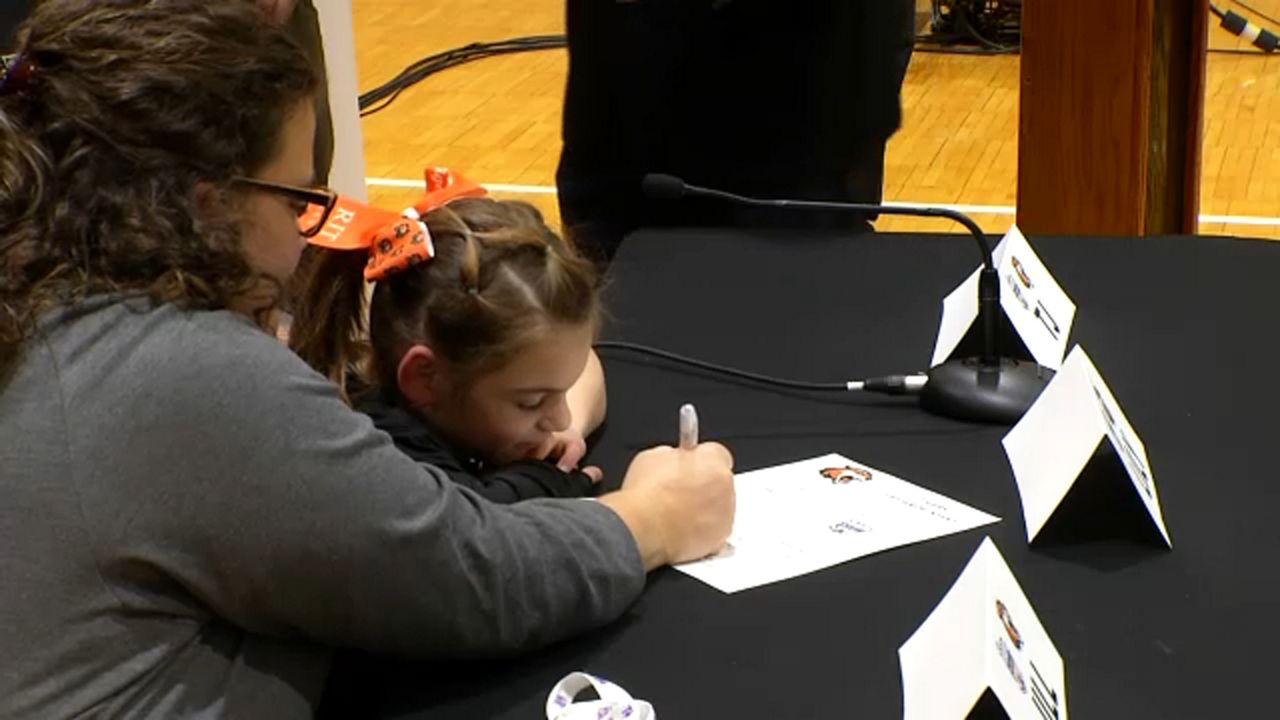 The Rochester Institute of Technology hosted a signing ceremony Monday afternoon, and it was unlike any other.

It was a special evening at RIT, as the women’s basketball team welcomed its newest player, the youngest in team history.

“Lily is amazing. She brings so much energy and enthusiasm to practice, our games. And we’re just really excited she’s with us,” said head coach Amy Reed.

“It means so much. I’m excited, I’m glad to be a member of the team,” said Lily Breon-Milliman.

Breon-Milliman, 9, has always been athletic, despite being diagnosed with cerebral palsy.

“Challenger baseball, bowling, and challenger soccer," her father Thomas Milliman said. "And through that she’s kind of gotten into participating in sports.”

“I’m about to cry about it too, but I love having her there. I almost feel like she’s a little sister to me, and I love her so much,” said Sara Nijssen, a freshman on the team.

Breon-Milliman was connected with RIT through the nonprofit Team IMPACT, which partners children facing serious illnesses with college athletic teams. She’s been attending practices since the beginning of the season, cheers the team on at games, and participates in certain team activities.

“To have a community take Lily and our family in, it’s just a very positive and very exciting thing," Thomas Milliman said.

“Our team is learning the value of being involved in the community, and how important that is. And being role models and setting a good example," Reed said. "And I think Lily is going to learn what it is to be a good teammate and be a part of our culture, so we’re just really excited she’s joining us.”