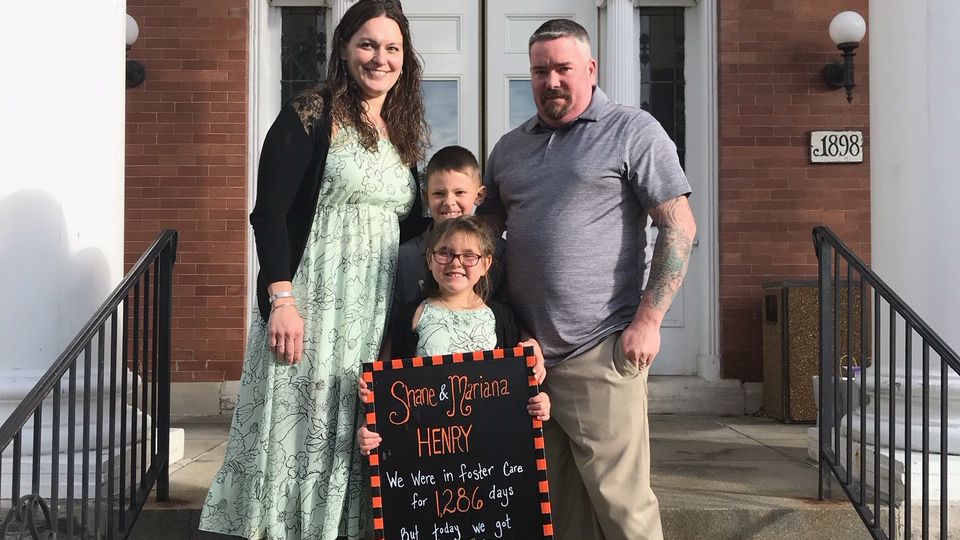 The Strong National Museum of Play is partnering with Children Awaiting Parents to encourage adoption this month.

“We gotta give thanks on Thanksgiving for being adopted, and getting the right mom and dad,” said 8-year-old Shane Henry.

Before they were officially adopted just on Halloween, Shane and his 5-year-old sister Mariana were in foster care for nearly four years.

“We lived with our birth mom, and it didn’t feel right to her," Shane said. "So she said it would be best — she thought — if we went to a different home where we’d be loved more and protected, because she couldn’t take care of me.”

But they were found by Heather and Bob Henry, and it was a match made in heaven.

“We fell in love with our kids, and there was nothing that was going to stop us from getting them,” Heather Henry said.

They adopted through Children Awaiting Parents, which helps get children adopted out of foster care.

“There’s many children that have been waiting in care for a very long time to find that family," Executive Director of CAP, Lauri McKnight, said. "Often they’re older children, children with special needs, sibling sets, and adoptions or foster care placements may have failed and they just haven’t found that forever family.”

CAP is partnering with the Strong National Museum of Play for the month of November to raise awareness about adoption.

“Anything we can do to reduce that number and get those children where they need to be — and want to be — is important to us,” Museum spokesman Shane Rhineward said.

A display at the museum shows kids in need of families, leading up to the Heart Gallery luncheon fundraiser on November 27.

“We really need to meet the needs of the children, and find those forever families for them," McKnight said. "So the fundraisers, primarily this one, is going to have a huge impact on the work we do.”

CAP says there are currently 25,000 kids in New York State like Shane and Mariana.

“The only thing I wanted was a home; I didn’t care about the holidays or anything. I just wanted a home,” Shane said.

That’s why the Henrys say everyone should consider adoption.

“The process is a little different than the conventional way of starting a family, but it’s all very worth it," Bob Henry said. "I would encourage you to research and ask questions and talk to people.”