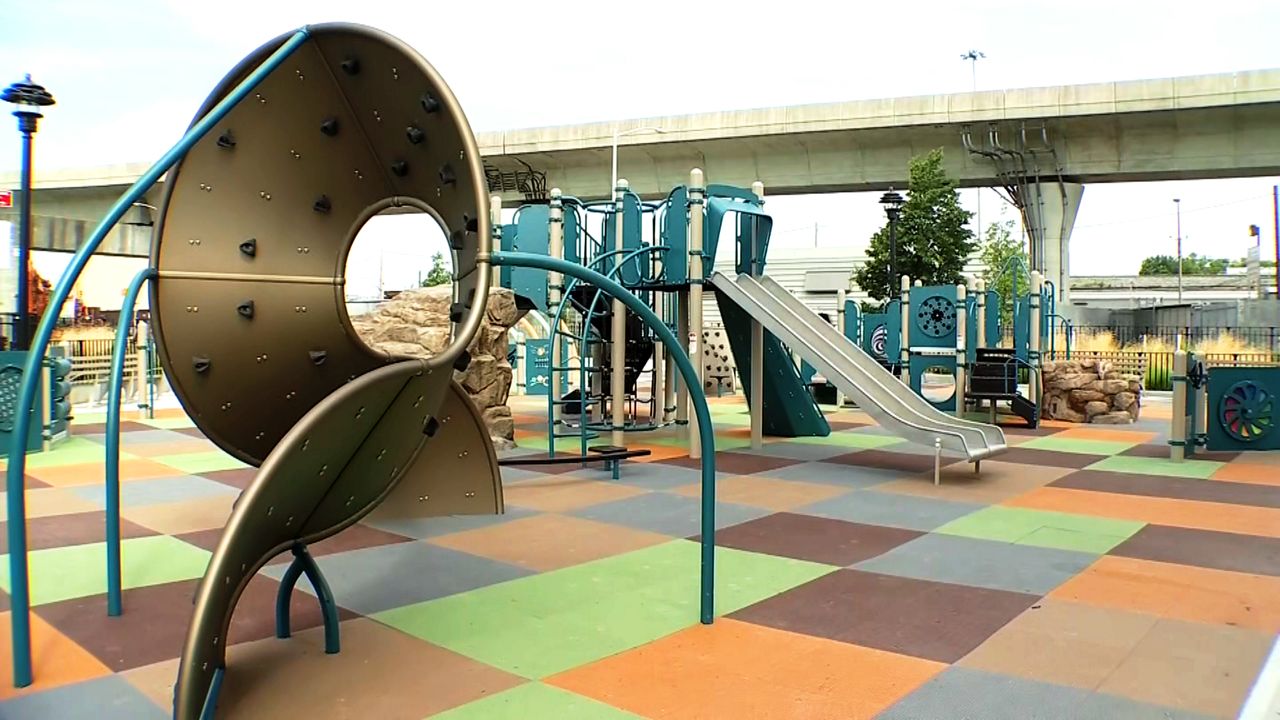 QUEENS, N.Y. - A once vacant lot is now an appealing playground with a rock climbing wall and sprinklers to cool kids off on a hot day.

But that's not all. It's one of three sections of the brand new Gateway Park in Jamaica.

"We have behind me a siting area, you can play chess and checkers, it's accessible, we have a little ramp in here," said Michael Dockett, Queens Borough Parks Commissioner for NYC Parks.There's also a grassy area just off the Van Wyck Expressway Service Road, part of an improved streetscape.

The nearly $17 million project is a team effort between the city's Economic Development Corporation and Parks Department and Department of Transportation. The transportation aspect is the Atlantic Avenue Extension, which creates a Gateway between the Van Wyck and the Jamaica Long Island Railroad and Air Train station, extending Atlantic to 95th Avenue.

"They took the road that used to be two-way and made it one-way, created another entrance way over to the air train and to the Long Island Railroad Hub," Dockett said.

The project creates a gateway to Downtown Jamaica, a plan that's been in the works for nearly 15 years. It started with a study from the Greater Jamaica Development Corporation, acquiring property and demolishing an old gas station and meat packing plant that used to be there. You would never know they were here now. 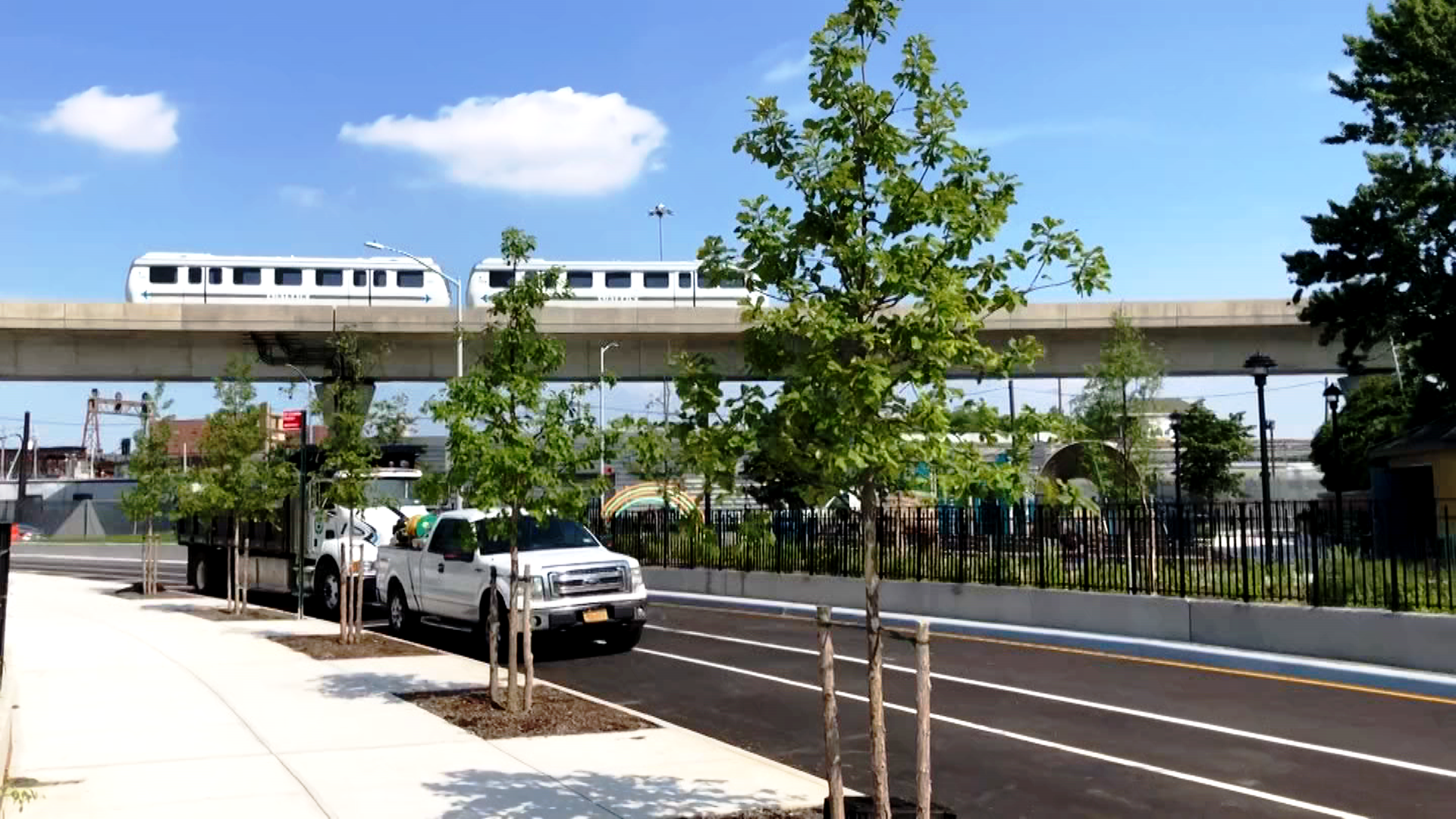 The new park couldn't have arrived at a better time, as folks all over New York are looking for more open space during the pandemic.

"Absolutely, that's what great space and open space is all about, come on out and enjoy the parks," Dockett said.

In this case, a park that creates a welcoming new access point to Jamaica and a major transportation hub.