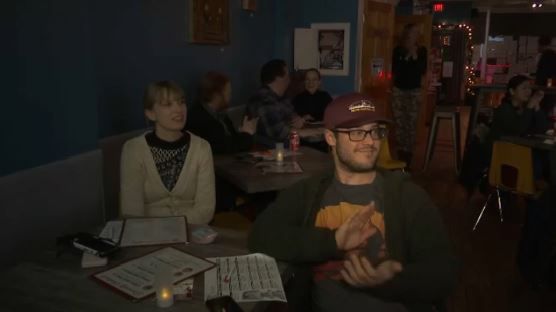 Residents attended the first ever Golden Globe Trivia and watch party at the  Q.E.D venue in Astoria. During the commercial breaks participants answered questions about the history of the Golden Globes and this year’s nominees. Residents say being with their neighbors beats watching at home by themselves.

“It’s just fun to hear people biting their nails essentially, like that anticipation of that envelope being opened and then when the winner is announced and  everyones like  yay or  awh. That’s just an experience in and of itself,” said Q.E.D Astoria Owner Kambri Crews

Q.E.D also hosts watch parties for the Oscars and the Tony’s. For more information visit qedastoria.com