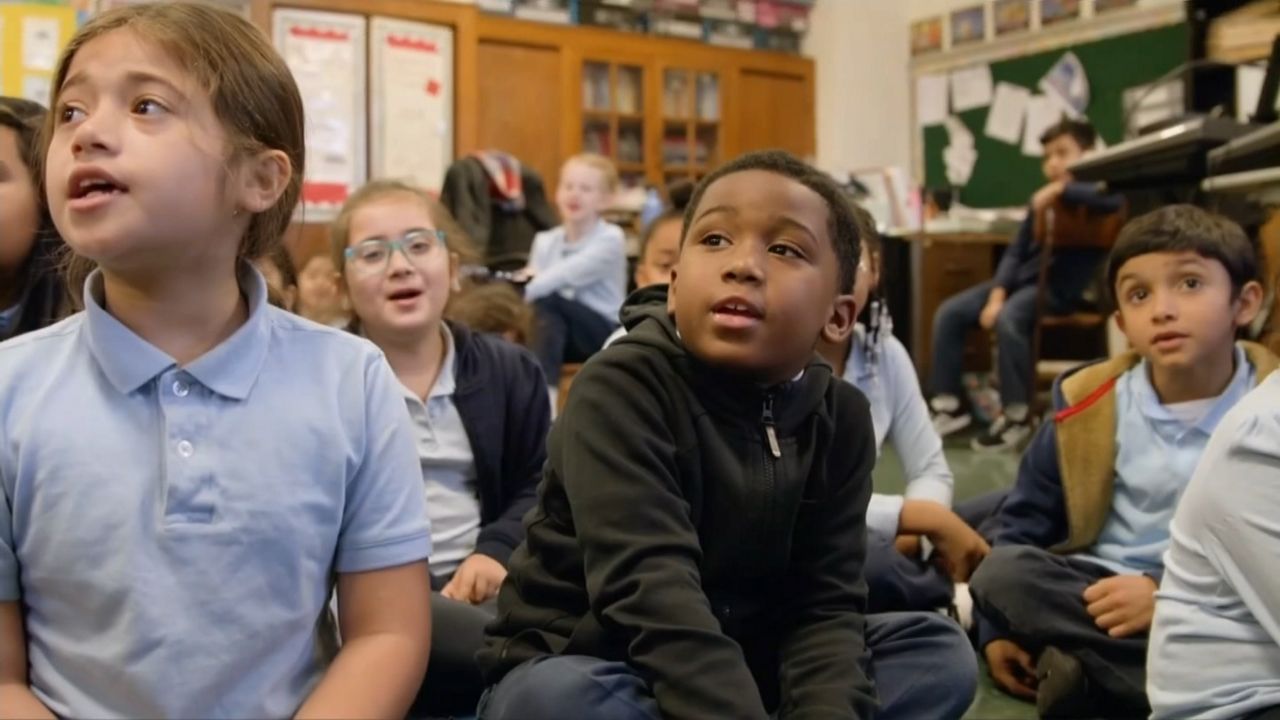 A new campaign is encouraging residents and businesses in Long Island City Queens to invest in local public school children.

The goal is to raise at least $30,000 for the education savings accounts of 900 children attending five nearby schools.

Helping kids like Winfrey Cesar and Cordaryl Shand get an early start on saving money for college.

“I think school is important. You have to learn your math and transportation,” said one student.

“I like reading books and going to the library,” said another.

The campaign is through a GoFundMe page being run by NYC Kids Rise, a non-profit organization with a mission to help families save for college.

Two years ago, the group began opening the tax-free savings accounts for every child starting kindergarten in School District 30, in Western Queens.

This new campaign is for students in five district schools who already have the accounts, public schools 76, 111 and 112, and the Growing Up Green and VOICE Charter schools.

“Some people might think its $100 but it adds up. She doesn’t have to go to college until the next 10 or 11 years, so it will make a huge difference. And starting early is key,” said Dinneal McLeod, Parent.

NYC Kids Rise wants parents and young children to start thinking early about college and how to pay for it.

The non-profit doesn't just give seed money for the accounts, it encourages parents to contribute, too.

“I think it’s really great they’re doing this. I wish this program was around when we were growing up,” said Christina Pierre, a parent.

Supporters say the program and the new fundraising campaign send an important message.

“We as a community are there to make your dreams possible,” said CG Elizabeth Lusskin, President of the LIC Partnership.

And while the Save for College Program is only in Western Queens at the moment, NYC Kids Rise has a goal to open a savings account for all NYC public schoolchildren when they begin kindergarten. To learn more visit NYCKidsRise.org.