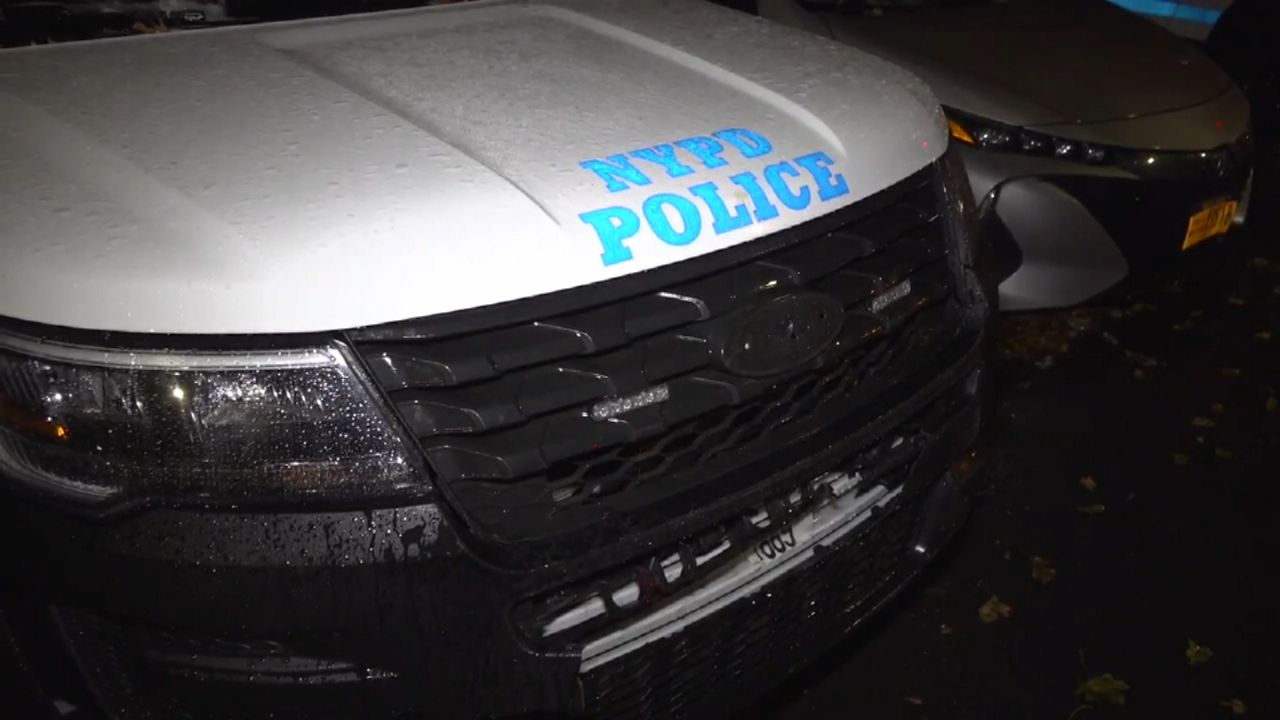 Man Charged with DWI After Ramming Into Fleet of NYPD Cars

A man has been arrested and accused of driving into a row of NYPD vehicles in Queens.

It happened Saturday, just before midnight.

Vicari is charged with driving while intoxicated, refusing to take a breathalyzer test and not having insurance.

Police say he also has a prior DWI conviction.