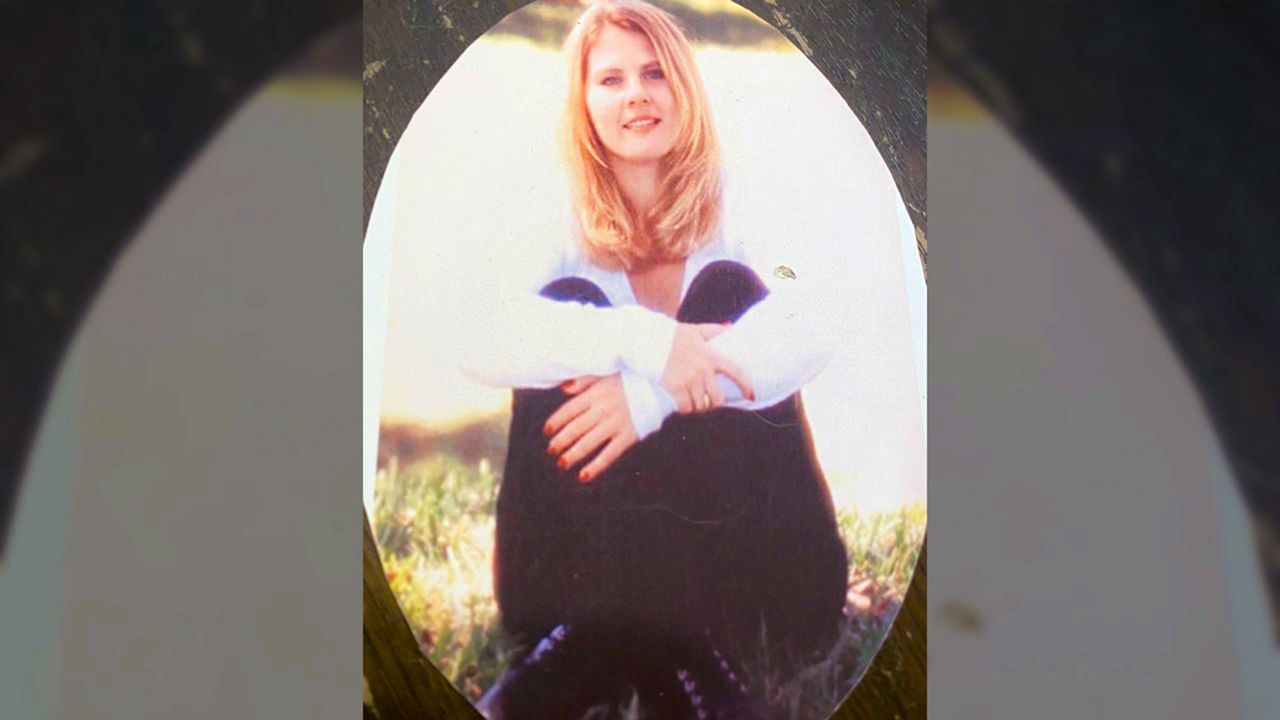 Susan Perkins was only 34 years old when she died during robbery and abduction. (Perkins Family)

Police say she was killed while attempting to escape after being forced into the trunk of her car by a gunman. They are still searching for the suspect.

Her son Russ Wiginton, 14 at the time and the last family member to see her alive, is for the first time publicly sharing vivid memories of his mother and that night.

At 14 years old, Wiginton lost his best friend, his person, his mother.

“My mom and I had a really close relationship. She was the one person I always confided in for everything. She was the one no matter what I needed to talk about, I wasn’t afraid to talk to my mother,” he shared.

His aunt, Sara Wakefield, also fondly remembers the inseparable bond she shared with her sister.

“We could finish each other’s sentences — our boyfriends would joke, ‘If you date one you better be ready because the other one is going to be around too,’” she said.

On August 31, 2004, their world would change after Perkins got a call to go help a friend tint windows at her day spa. It was not far away from where she and her two sons lived.

After not hearing from his mother for some time, Wiginton says he became concerned.

“I had called her multiple times on the phone and it was not like to not answer the phone, I started to get worried because she hadn’t responded to any of my phone calls. I actually rode my skateboard down to the building where I thought they were and unbeknown to me that wasn’t the correct building,” Wiginton said.

Wiginton went to an old location of the day spa, not knowing it had moved. It would be days later before he and his family understood exactly what took place that night.

“Perfect storm for a disaster,” he said.

The year 2004 brought one of the busiest hurricane seasons Central Florida has ever seen.  Several storms hitting the region hard over a short period of time.

The first storm Hurricane Charley, delivering a devastating blow, sending the region into a panic. Many people on edge in Altamonte Springs in anticipation of Hurricane Frances likely may have missed a crime unfolding before their eyes.

He was asked if any motive has been uncovered after all of these years.

“We are relying solely on the testimony that was given to us that night and during continuous interviews. The only motive we could come up with at this point is the opportunity to rob someone,” Nuzzi replied.

Nuzzi has been on the case since 2005. Step by step, he took Spectrum News through the events of that night, as reported by the only witness: Perkins’ friend and owner of the day spa.

“While they were in there, a male entered the store. He was described by the second victim as having a ski mask on, an Army-style jacket carrying a long gun, a rifle. He came in and demanded money. He then ordered them to get into a vehicle, Susan’s vehicle, her Ford Focus. He ordered them to drive to the bank and withdraw money,” Nuzzi recounted.

Altamonte Springs Police have never been able to identify a suspect. The suspect was described as a Black man about 5 feet, 10 inches to 6 feet tall, wearing a dark ski mask, a dark long-sleeved shirt and dark work pants. 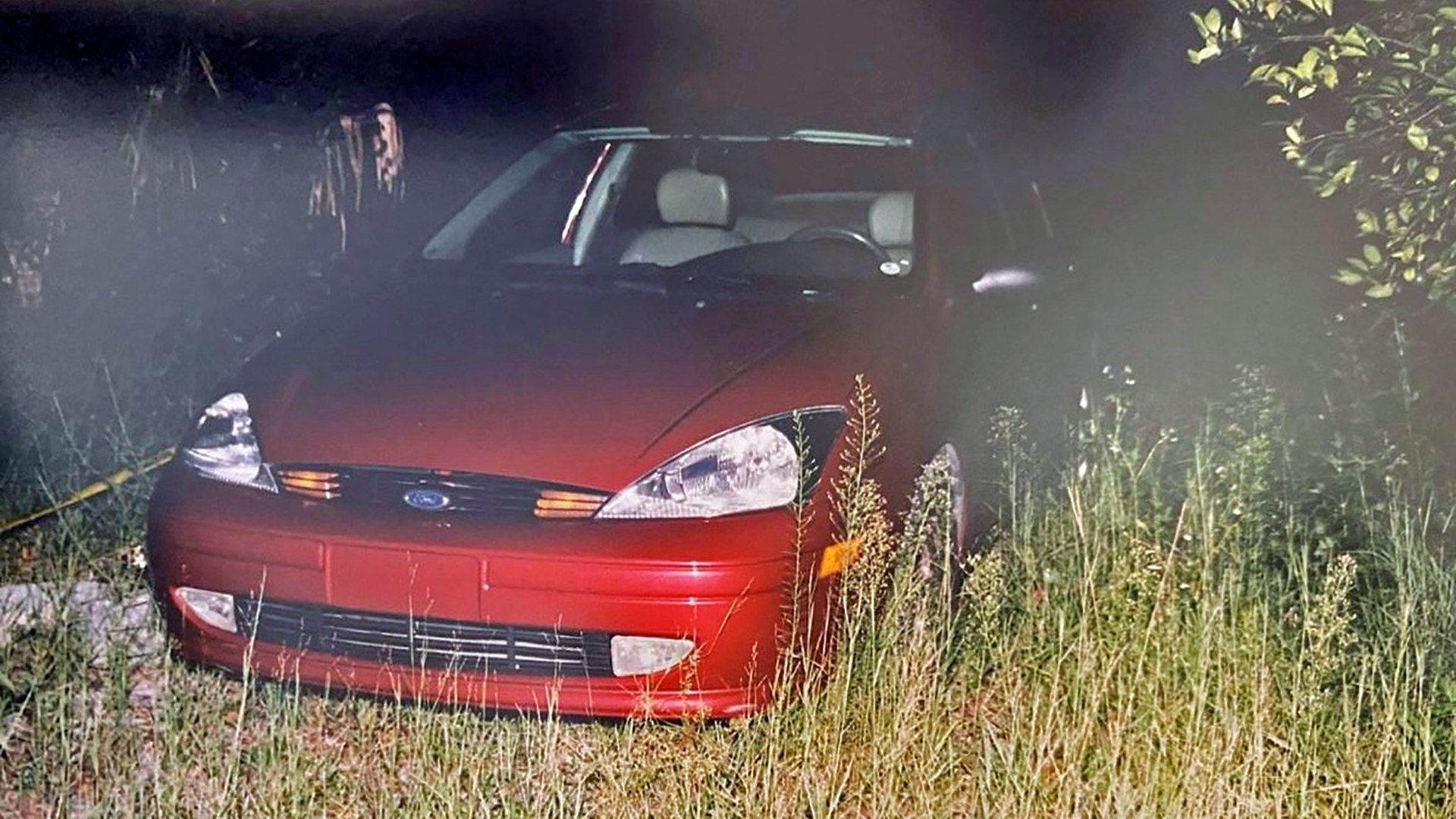 Altamonte Springs detectives providing Spectrum News with never-before-released pictures of Perskins’ red Ford Focus and a second photo is an aerial shot of the bank — at the time it was Washington Mutual Bank but now it is Chase Bank — on State Road 436/Semoran Boulevard where Perkins and her friend were taken.

There hope is someone may remember something and speak up.

After leaving the ATM, police reports stated the gunman “ordered Perkins to back the car up into the dark area of parking lot.”

“The cameras didn’t work at the ATM, the lights didn’t work in the parking lot. People were in their houses or had evacuated because of the second storm coming,” Nuzzi said.

Police reports stated the car turned onto Boston Avenue and it is at this point where the second victim jumped from the trunk of the car just as the car approached the intersection of Boston Avenue and Orange Drive.

Perkins jumped from the trunk and her head struck the pavement. She would soon be rushed to a nearby hospital.

Her sister, after getting word, rushed to see her.

“I just remember screaming like, ‘No you guys have to do something for’ and then I realized that she was gone and I couldn’t feel her there anymore,” Wakefield said.

“I miss the most about her … just having that one person no matter what … no matter what she’s got your back. I have a lot of people like that but nothing like my mom,” he answered when asked what he missed most about his mother.

A Renewed Hope for Answers

While Nuzzi has retired from the Altamonte Springs Police Department, he has not given up hope that the person responsible will one day be caught.

“It’s a needle in a haystack trying to find what happened and who did this but you will never find the needle if you quit looking,” Nuzzi said.

Altamonte Springs Police department officials say they will not quit. There is now a new detective of the case working through prior interviews and conducting new ones with hopes of finding answers.

“Re-examining those statements and reviewing all those case files, there is someone out there that knows some information,” Michelle Montalvo said.

Information Wiginton and his family are desperately praying for, hoping that one day soon they will be one step closer to getting answers.

“Anytime there is a story, there is one-side, there is the other side and there is the middle. We don’t know what that middle is and that is what we need to find out,” Wiginton said.

Wakefield said, “If this interview is nothing less than the person responsible seeing this and knowing that we are not going away then I will live with that too because I’ll never go away until we find out who is responsible for what happened to her.”