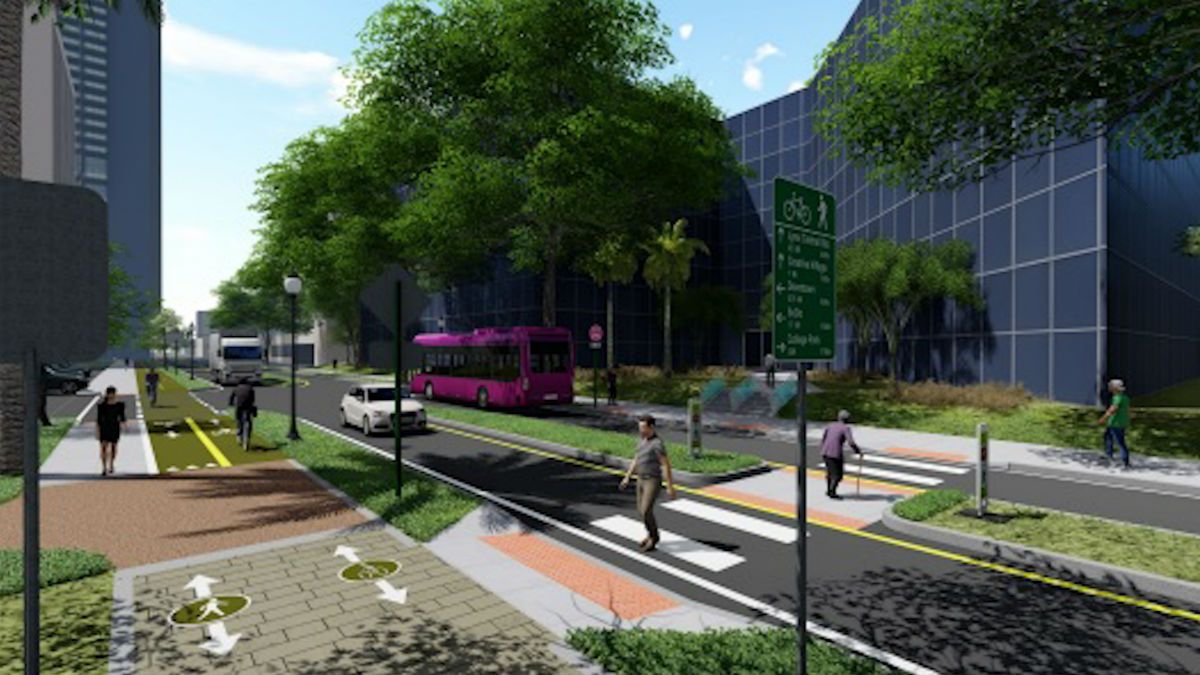 ORLANDO, Fla. — It's no secret Orlando can be a dangerous place for pedestrians.

The most recent Dangerous by Design study names Orlando the most dangerous metro area in the nation for people who walk or bike to get around.

In an area like metro Orlando, one viewer, Todd Taylor, wrote in to us saying the lack of bike facilities around downtown's Lake Eola can provide dangerous run-ins between pedestrians and bikers, both trying to avoid the dangers of the area roads.

We spoke to a couple new to the area when we took a look in this week’s Traffic Inbox. Jeff and Lisa Silvershein just moved from New York City and love visiting Lake Eola.

"There are a lot of people that like to take advantage of Lake Eola... walking dogs, kids... lots of photographs,” Jeff Silvershein said. “It's generally a good time.  It can get crowded."

And those people riding their bikes around the lake aren't supposed to be there.

A city of Orlando spokeswoman says the path around Lake Eola Park is for foot traffic only.

Not only that, but the city geofenced the area for bike-share staging. That means bike-sharing apps recognize the park as an area where you can't rent a Lime bike or ride there in general.

One challenge for bicyclists, however: There aren't dedicated bike lanes on all streets surrounding the lake.

The city does have plans for Robinson Street. A recent study recommends changing the roadway to incorporate three travel lanes, a two-way cycle track, and increased separation between vehicles and bicyclists.

As for the Silversheins, who were avid cyclers in New York City, they say so far, Orlando has been a bit of an adjustment for them.

"We've been hoping to ride our bikes when we moved here but didn't realize how dangerous it was to ride your bike," Lisa Silvershein said.

The city also says it's currently evaluating all of its parks and recreation centers to see if other safety improvements are needed.

Thanks for your question, Todd! And if you at home have a traffic question or problem that you want looked at or solved, head to mynews13.com/trafficinbox and fill out the simple form.