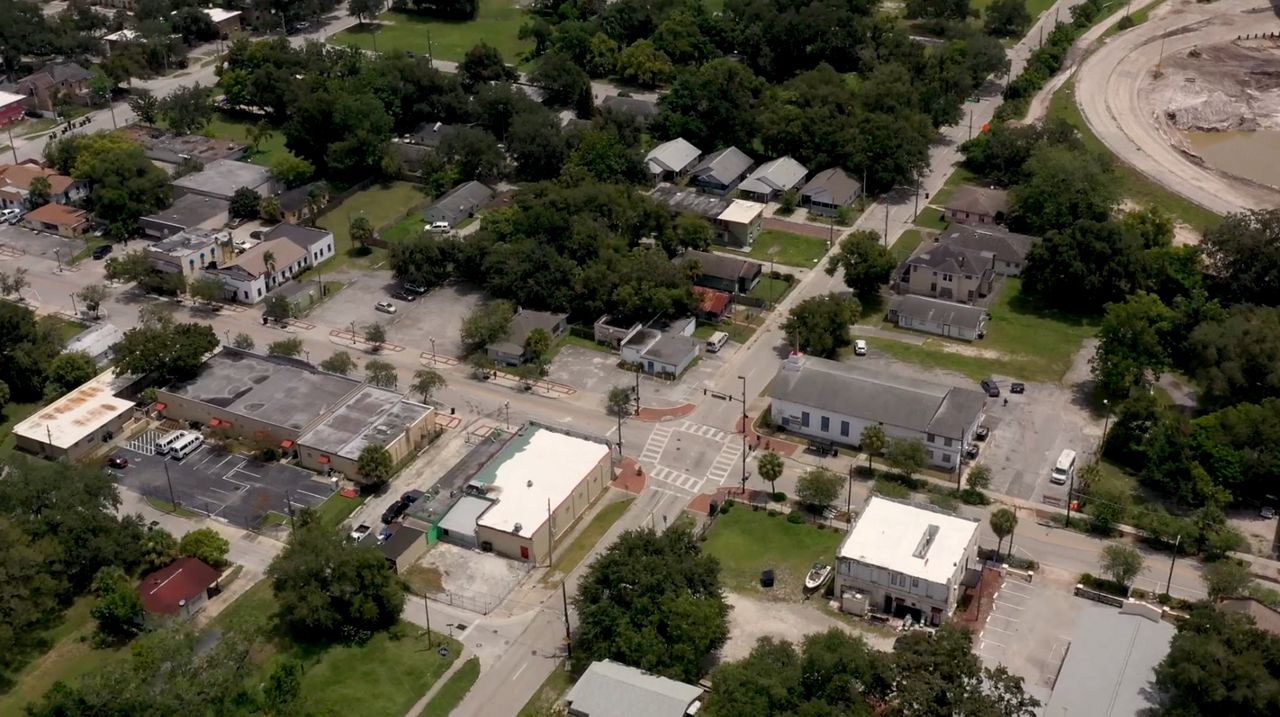 Division Avenue: What’s in a Name?

This story is part of Spectrum News’ initiative, “Street Level,” which explores Florida through the history and culture of specific streets and the people who live there. You can watch part one of Street Level: Division Avenue here.

Things are coming to a boiling point in America. Simmering, too, in a Central Florida community that’s no stranger to discrimination.

Parramore, just outside Orlando’s thriving business district, is a historically segregated neighborhood: Black residents were once confined to the west side of the dividing line of Division Avenue.

Now, those in the community grapple with how to preserve and honor history while moving towards the future.

Yet, the past can be alluring, romantic, even. At neighborhood mainstay Nikki’s Place Southern Cuisine, they serve up nostalgia on a plate. Servers zip around the small restaurant tucked along Carter Street carrying trays of baked chicken, chitterlings, fried pork chops, collard greens, and candied yams. 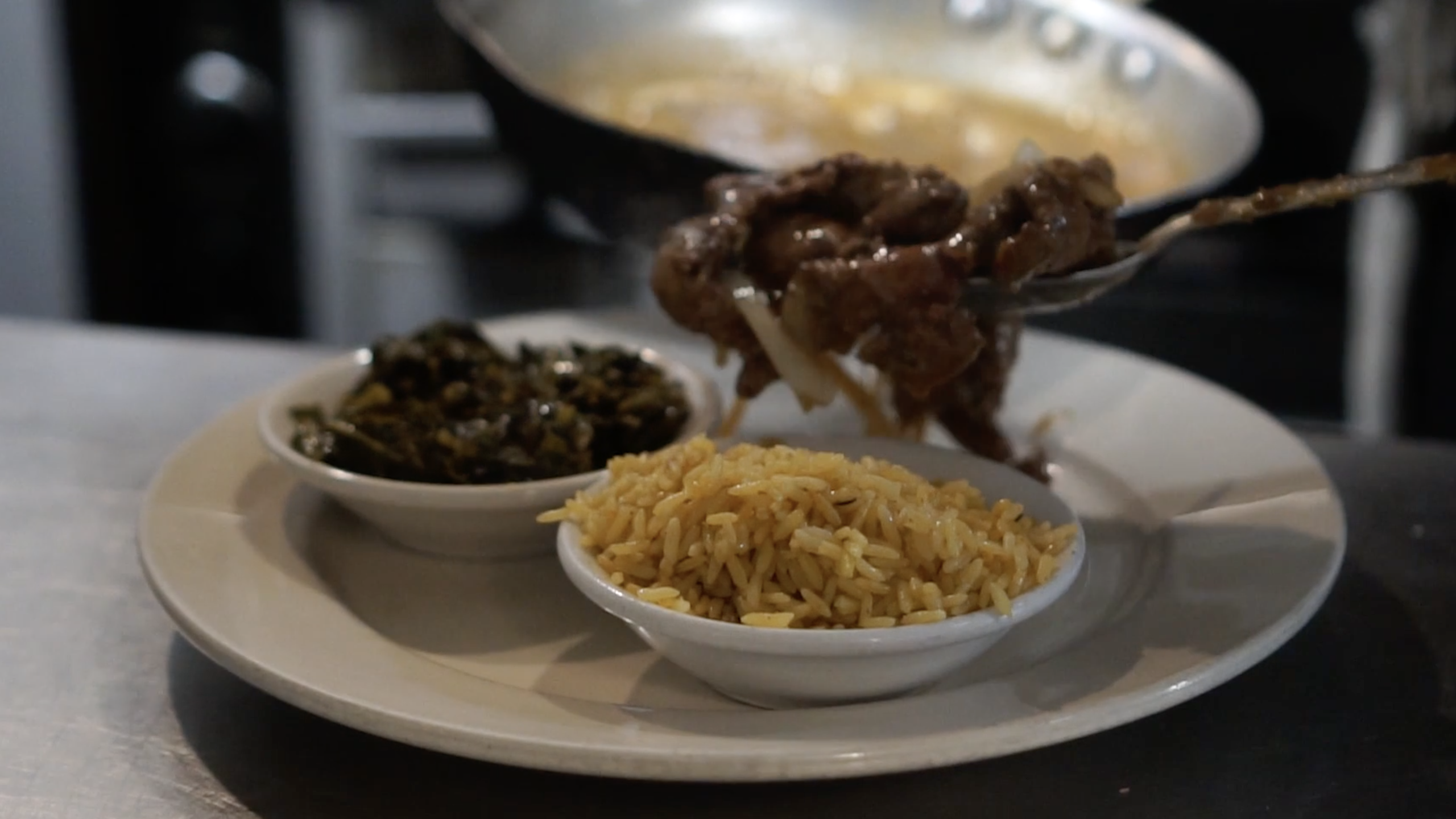 "This lady who owned this place stopped me and said, 'Young man. You look like you need a job.' 'Yes, ma'am.' [I] started washing dishes and I said, 'Man, I'm going to stay here because I can eat, too,' " Nick Aiken, Jr. said.

The chef and owner said he remembers he had been waiting to catch a truck to take him to work in the orange groves when his fate changed. He was suddenly washing dishes, then moved on to cook the soul food for which the restaurant has become known.

But, Aiken also remembers Division Avenue, as a "dividing lane between two cultures."

"Before the end of the 50s, no person of color could stay on the other side of Division Avenue," he said, continuing, "You can stay anywhere you want to now. If you got the money, they got the honey. That's all it takes."

Not everyone agrees with that assessment. Some, like Verna O'Hara, who has been in the business of cutting hair in the Parramore area for 34 years, feel, to an extent, that the divide is pervasive. 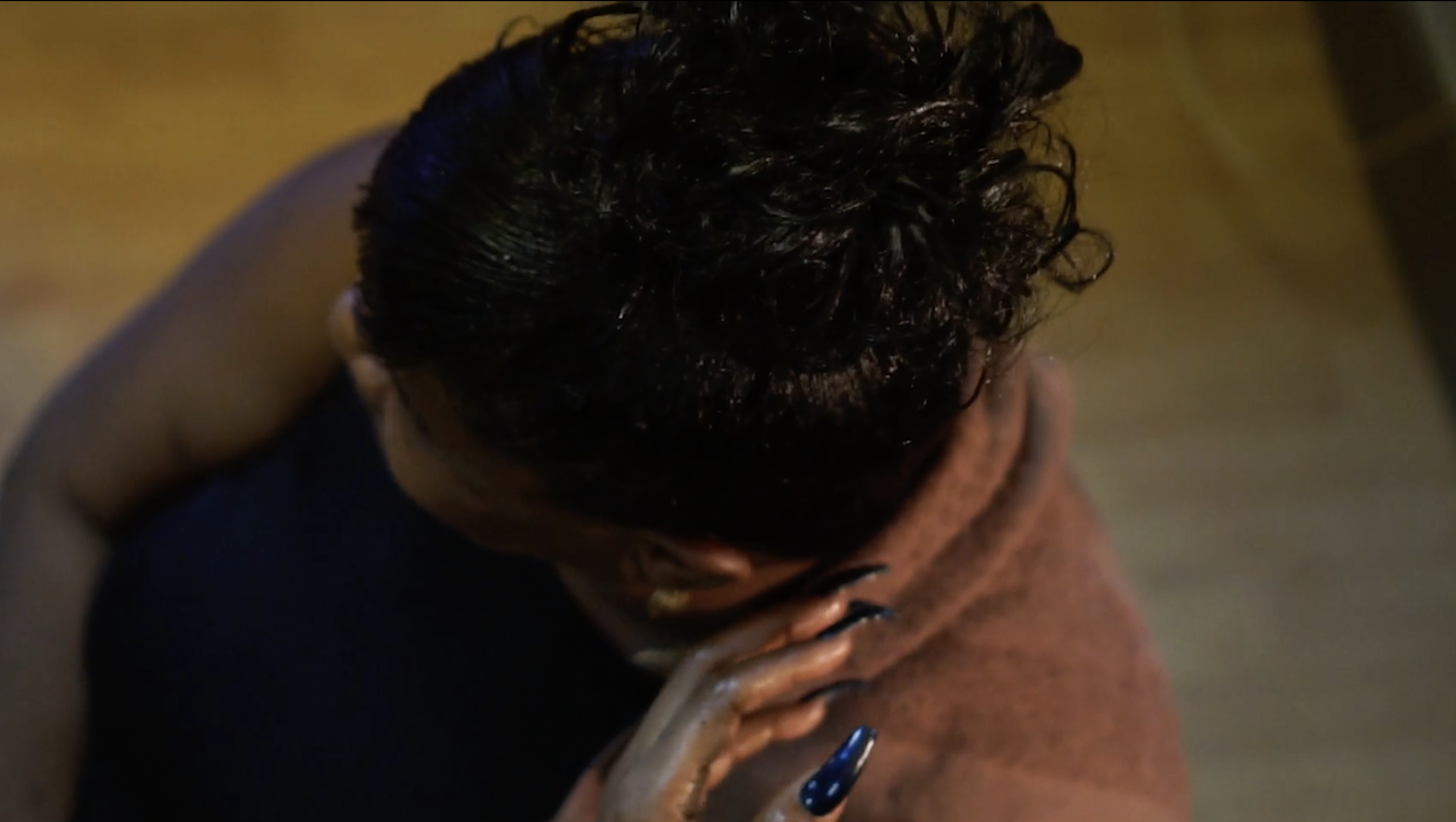 From her perch in Transformation Beauty Salon, in the same spot since 2005, she has seen the ups and the downs of the neighborhood she loves.

"You had upholstery shops, you had restaurants, you had a speakeasy ... pool hall," she recalled. "When you see how that area has declined, it kind of breaks your heart because when we were younger, it was beautiful. You've got people that are relocating, you know, so there's nothing here. They're not working here. A lot of the stores have closed."

In the latter half of the 20th century, change came slowly to the community which sprang from Division Avenue.

The city attempted to beautify blighted areas and combat poverty, approving their Comprehensive Neighborhood Plan for the area in 2015. They added more transportation options, utilized infill development to build single-family homes, and opened up mixed-income developments, like Parramore Oaks and Amelia Court.

They also erected an expansive, white soccer stadium; trimmed with Orlando Lion colors of purple and gold, it towers above West Church Street. 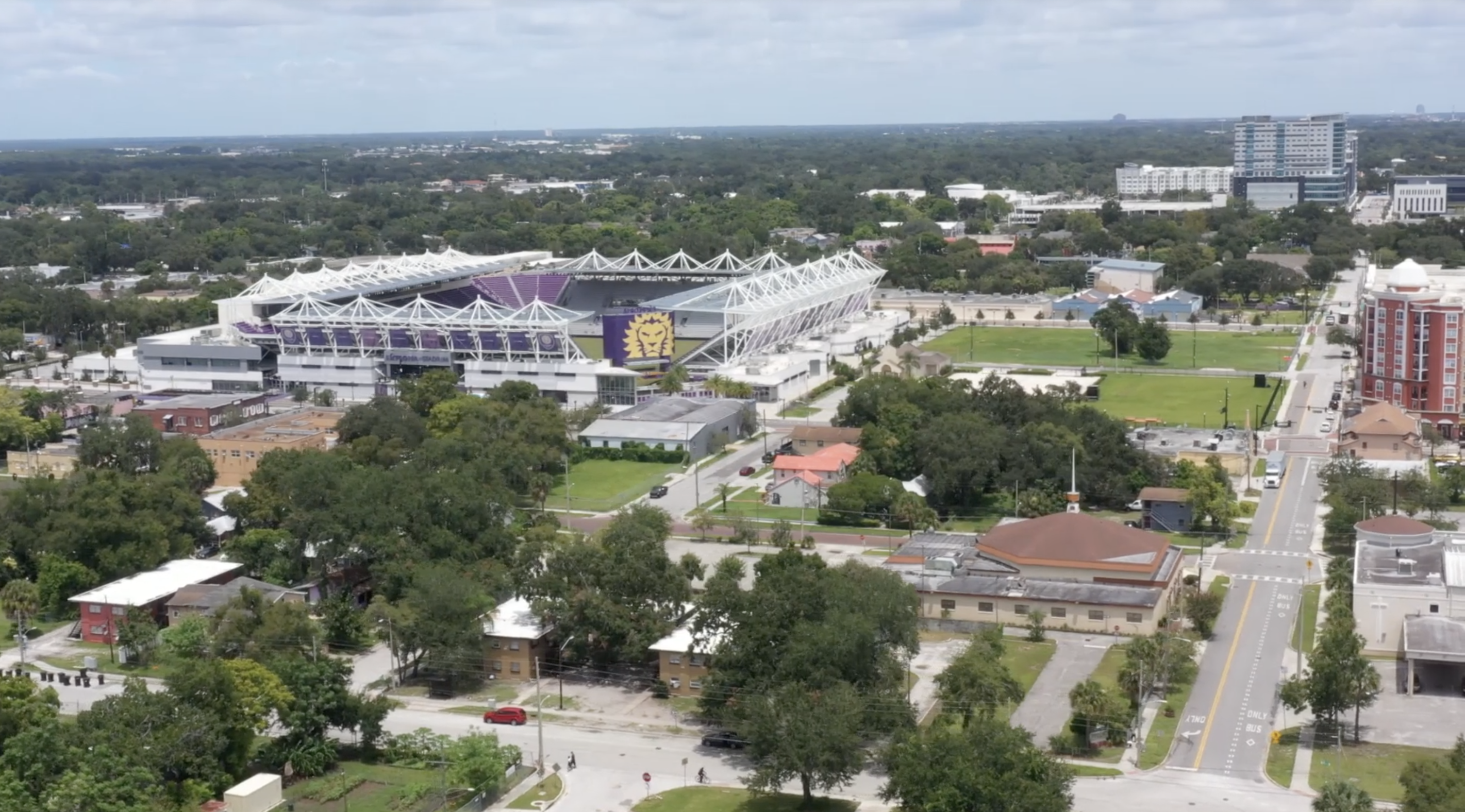 "We don't always see change as good. Change can be bad," O'Hara said. "And when the change came, as far as the renovation and what they decided to do with this area, a lot of the Black businesses were excluded. It's by God's grace that there are still those that are here, still holding on."

"Once you start building, the people will come and oftentimes they come from other places to take advantage of all the great opportunities," she said. "I mean, [the people of Parramore] have been here for generations and nothing hurts me more than to continue to build and they're not part of the equation."

She, too, has been here for generations. Hill once lived on Division Avenue, then called Division Street, and said that she has fond memories of growing up in a time where Black businesses thrived in Parramore: "A real community, a real village at the time."

But, according to Hill, it's not just financial obstacles, like being priced out of buildings, which have set longtime residents of Parramore back. Some don’t always feel like opportunities which have arisen over the years are for them.

"I tell you what is daunting is changing the mindset," she said. "I can bring a thousand programs, but I need participation. Oftentimes, people have failed so much, are being told no so often, to where they are afraid to try."

That's why Hill said that she makes a valid effort to constantly walk her district, listening to neighbors' concerns.

And what has been brought up, time and time again, she said, is the notion of changing the name of a street. 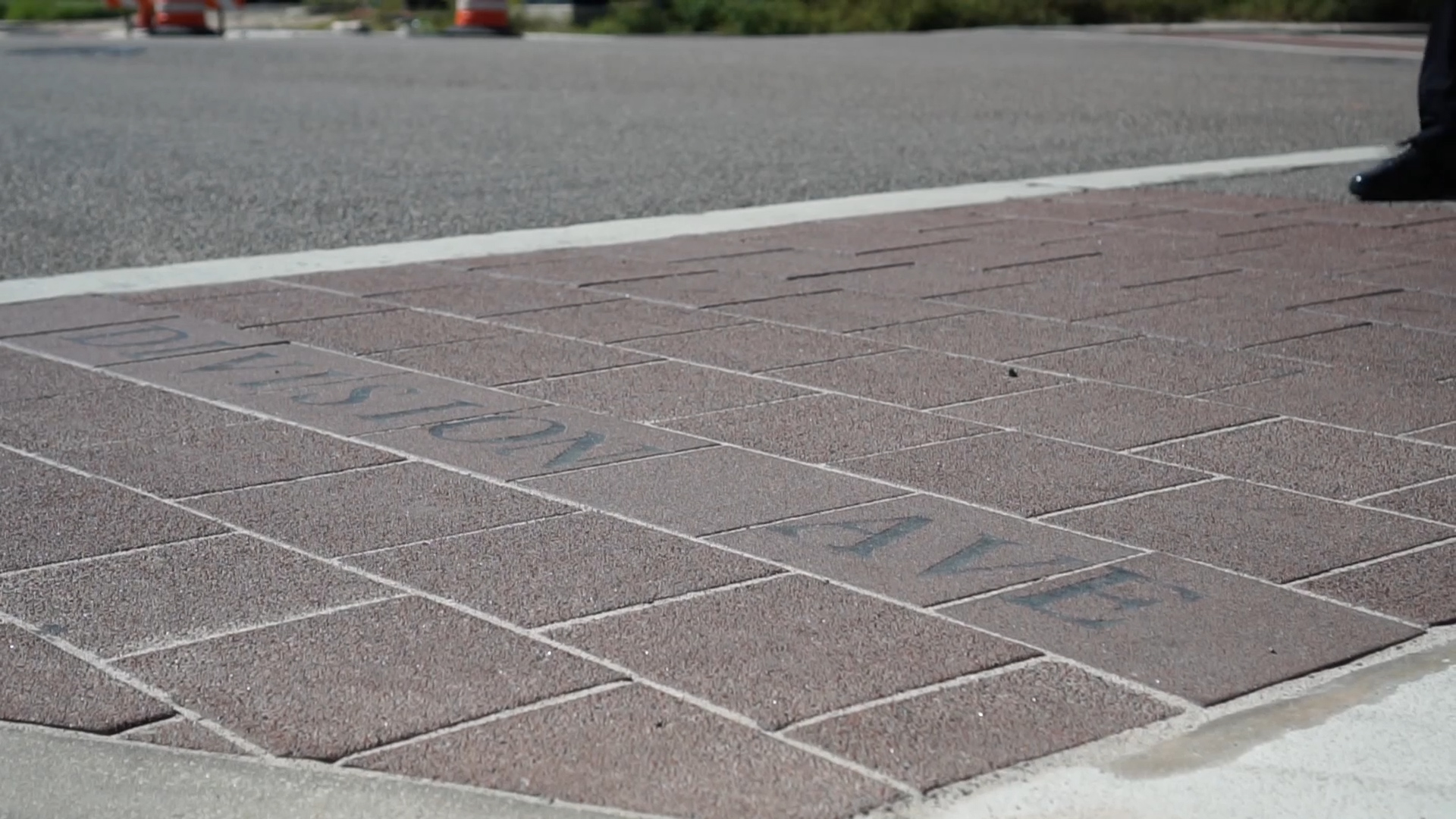 "I've had multiple organizations come and speak with me about possibly renaming Division Street to Unity Street, Celebration Street," she said. "I'm not really in support of it because no matter how painful the thought is about Division being a segregated street ... I do believe that we have to remember our past. And to wash it out, as if it did not happen, will be a travesty for the next generation."

What's in a Name?

A painful past is etched into the history books. But could a name change help healing and shelve division?

"One day we were in this meeting and I made this statement, 'Do any of you ever think about this name 'Division' on this Division Street here?'" recalled Dr. George Cope. "Everyone seemed to want to sort of add some kind of comment to it. So, we began to talk about it and say, 'You know, let's keep this conversation going.'"

"For some of us, it seemed to be a slam dunk, no brainer. 'Let's just change the name.' From my perspective, I'm looking at it from an Anglo outsider. I wasn't born or raised here. When I look at it, it seems simple to me, if we change the name of the street. Division is a negative word to me. But could you change it to something positive that would then bring more unity together?" he mused.

But for others, he shared, the name of the street provided an "identity connection that can't be ignored."

"So really, where we are at in that conversation is, we're still there. Because we don't want to ignore the feelings and the emotions of a segment of our population," he said.

Amid nationwide protests for racial justice, which took place in Orlando as well, a Change.org page even began gaining momentum, petitioning the City Beautiful to change the name of Division Avenue. It's gotten thousands of signatures.

For now, the name Division does remain.

And yet, regardless of the name, residents like Elizabeth Thompson, who runs the Wells'Built Museum of African American History in Parramore, work to make sure the history of the people who have walked the street is not forgotten.

"You cannot name change away history. It was, that was the name. And so I think it's better to have the name remain," Thompson said. "I was raised to appreciate history. I was raised to pay tribute to those who have come before me. A lot of the opportunities that I enjoy were paid for at the expense of other people."

That includes people like her mother, Florida State Representative Geraldine Thompson, who saved Dr. William M. Wells's home and put together a museum in the former hotel next door, highlighting his work building the community of Parramor 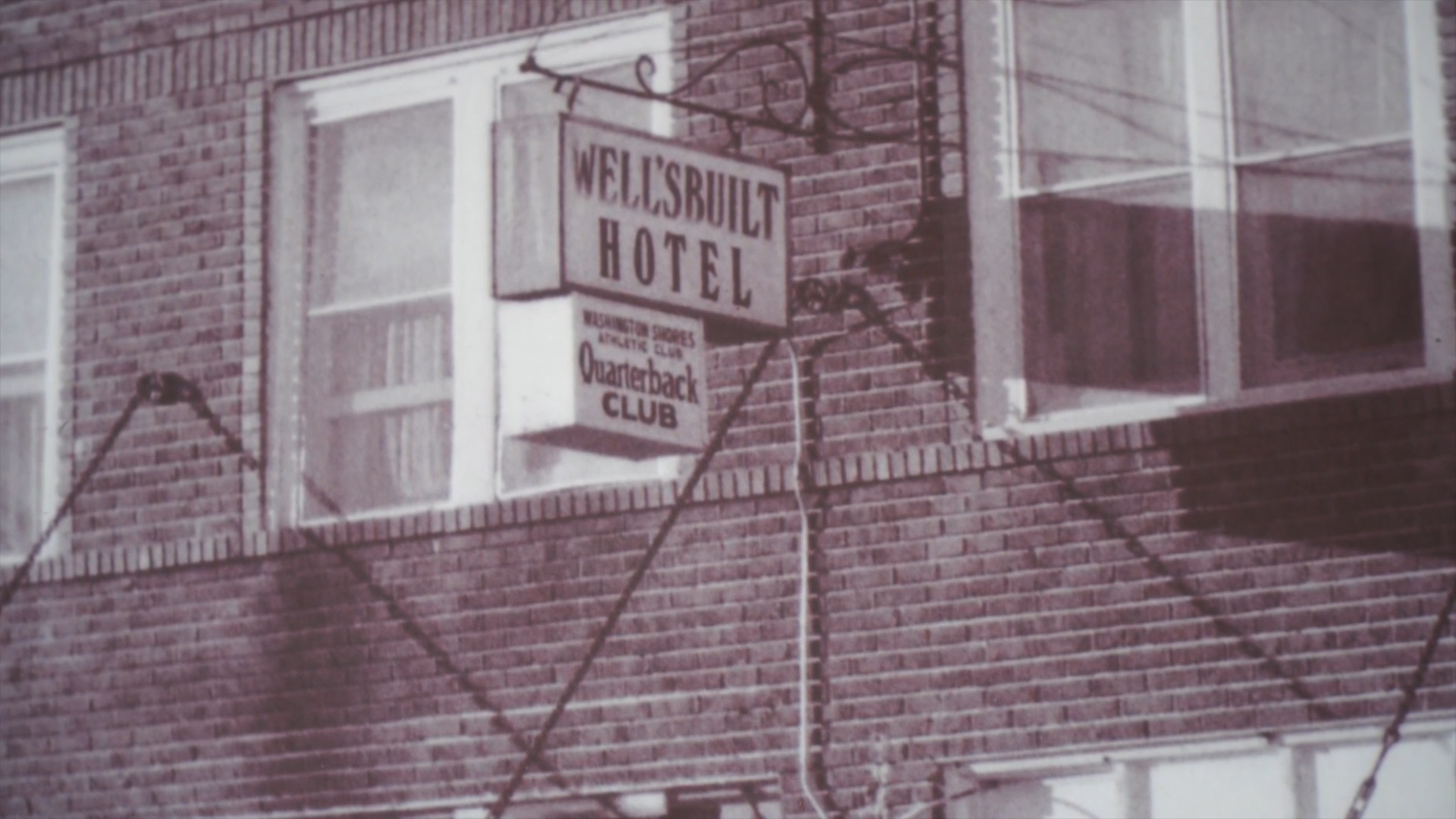 For more on Parramore and the future of its residents, check out Part One of Street Level: Division Avenue.