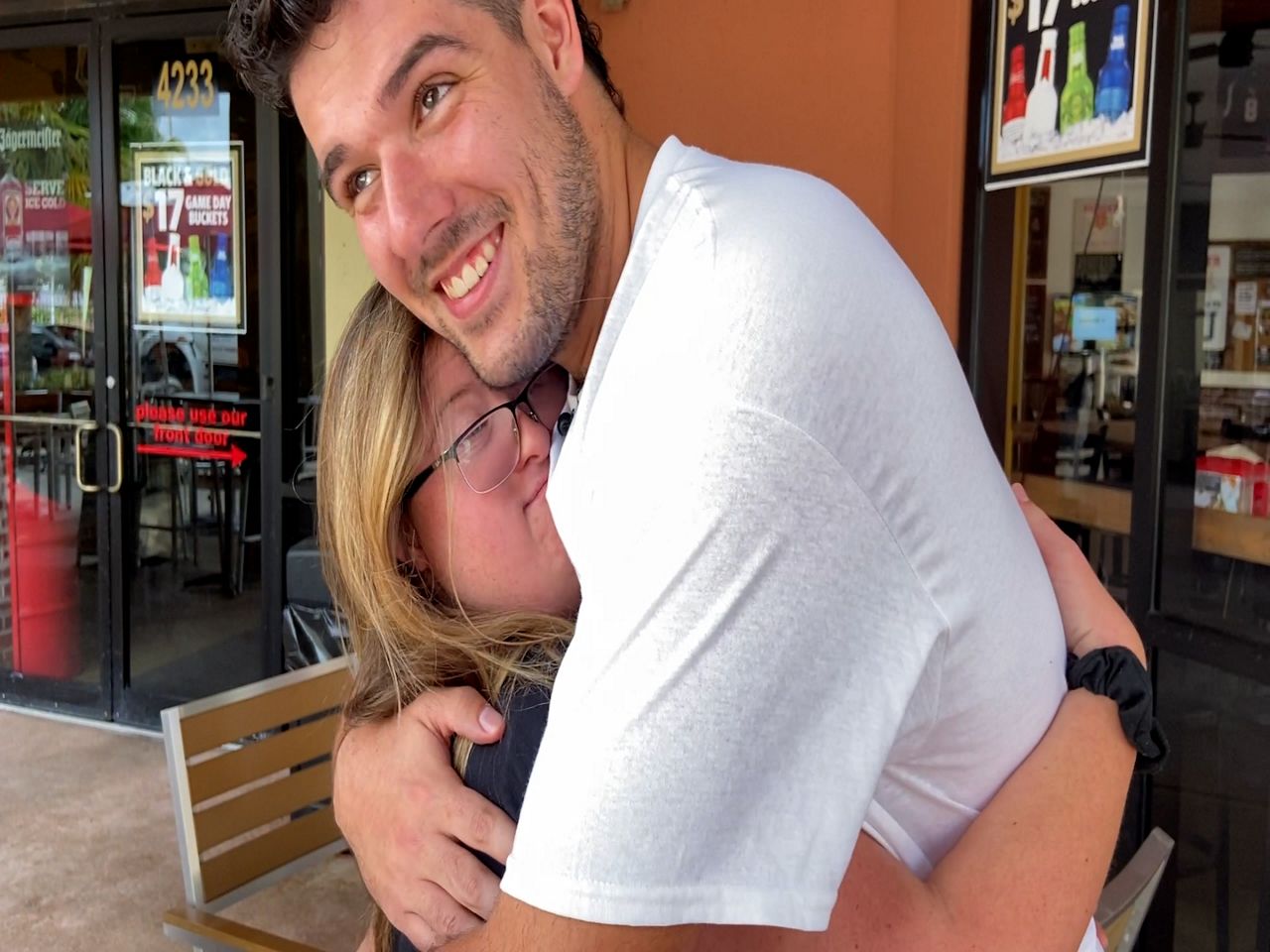 A special bond helps ignite a special day of inclusion

ORLANDO, Fla.— A simple huge can leave a lasting impact.

“I remember Britt right when I got there she gave me a big hug,” said Tyler Paul, a UCF football player.

That hug sparked an unbreakable bond between Tyler Paul and Britt Garcias.

“As a mom of a child with special needs down syndrome you always worry will she have any friends will people like her. From day one it’s been moving and joyful and oh my gosh,” said Jan Garcias, Britt’s mom.

“I love him. He is like my friend. We hang out,” said Britt Garcias, Tyler’s friend and diehard UCF fan.

“Literally every time I walk out of whichever locker room or to the busses at away games I am like I got to find Britt, I got to get that hug. Win or lose she is putting a smile on your face and even if it’s just a split second you forget about the game and you just kind of move on especially if it’s a loss you move on to the next week,” said Paul.

That feeling ignited an idea.

“There’s kids out there that would do anything to be in your position whether it’s they aren’t talented enough, they are in a hospital bed or anything like that so it has always stuck with me like always turn football into a good. Do it for the ones who can’t,” said Paul.

“I would always think gosh I wish I could bring so many more kids to experience this love that is football and these amazing human beings that are football players,” said Jan.

So after teaming up with a non-profit called Big Man Big Heart that’s exactly what they did.

Seven young adults with disabilities and their families were treated to the ultimate, all-expenses paid UCF game day experience.

“I’ve never been to a college football game before,” said Zach Wilson, a UCF fan.

It was a day full of inclusion.

The celebration started with burgers and milkshakes from Burger U.

Then they walked over to the bookstore for a free UCF swag bag.

A simple gesture for a priceless feeling.

“It’s special because back at school I felt like I wasn’t one of the groups so now being here means a lot to me,” said Gabriel Cordero, a UCF fan.

“It’s sending a message that although some people might not appear to be the same they are the same. They need to be treated the same and be included in events like this,” said Angela Paige, Josiah’s mom.

After that it was time for the Knight Walk where fans greet the players.

“It really means a lot. It really touches my heart,” said Nick Hamel, a UCF fan.

Next it was game time complete with front row seats and plenty of bouncing.

“I look around and I just see a big beautiful family of genuine people who genuinely care about each other,” said Jan.

The day ended with a UCF win and autographs but the most important thing everyone will take away is the everlasting memories.

“I would look at them every once in a while during the game and they were jumping around. They had fun. I saw it. It was just very heart warming to see and that I could help it,” said Paul. ​