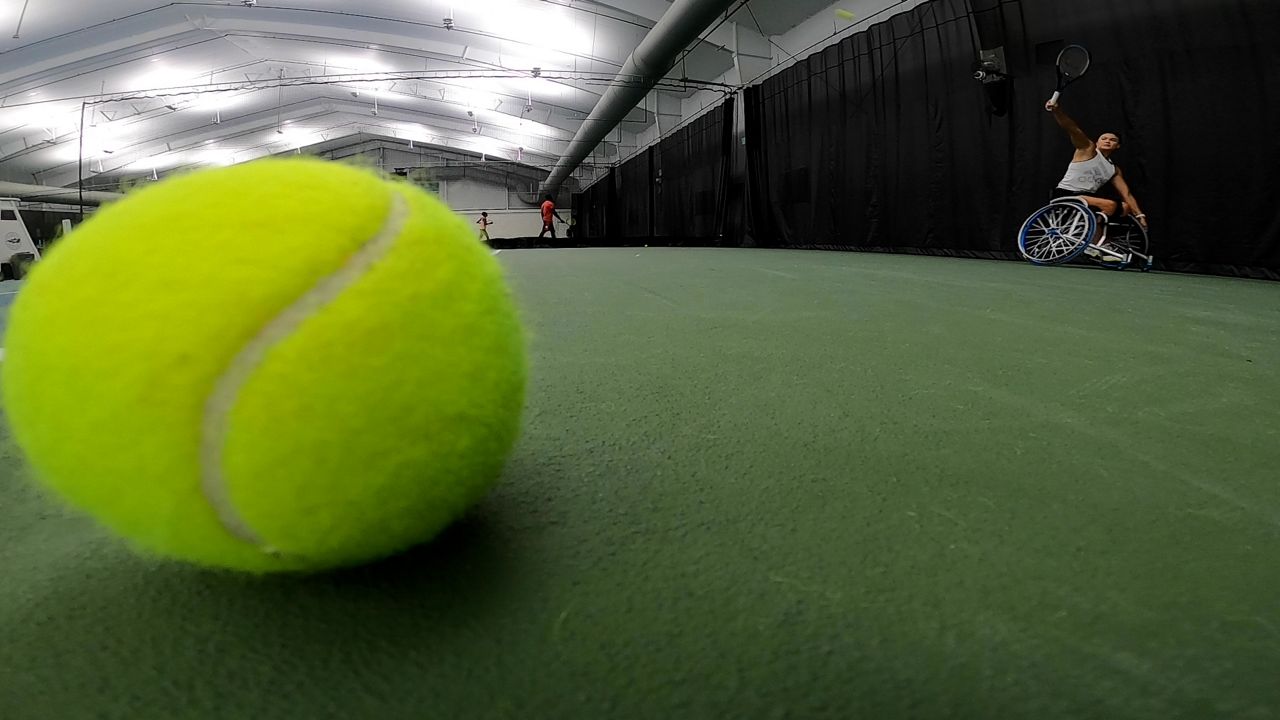 Mathewson changes narrative while working to reach the top

ORLANDO, Fla.— A training session for Dana Mathewson looks a little different than other elite athletes but trust me the work she puts in is the same if not more.

“I think the equivalent would be you guys walking in really thick mud because it doesn’t ever get going so every push I do is the first push which makes it so hard,” said Dana Mathewson, a professional wheelchair tennis player.

From the gym to the tennis court the para-olympic wheelchair tennis player is constantly pushing herself.

All while motivating everyone around her.

“She represents everything we want in an athlete. She brings it every day,” said Jason Harnett, Dana’s tennis coach.

Giving it her all every day despite having a rare neurological disease known as Transverse Myelitis.

“After my injury I was only ten years old and my independence was literally robbed from me because my legs just stopped working. I literally went from able bodied to having a disability in a matter of hours,” said Mathewson.

Once she discovered wheelchair tennis her freedom was restored.

So with every swing of the racket Mathewson continues to be a role model.

“A lot of our young athletes here benefit by seeing a professional athlete like her train the way she does with the intensity that she does and the coachablity. All of the things we look for in our athletes,” said Harnett.

More importantly she is changing the narrative for elite adaptive athletes throughout the world.

“Everything that I do is the same. The only thing that is different is that I move differently. I think that’s what I would like more people to appreciate and too understand that it is high level sport it just looks a little different,” said Mathewson. ​