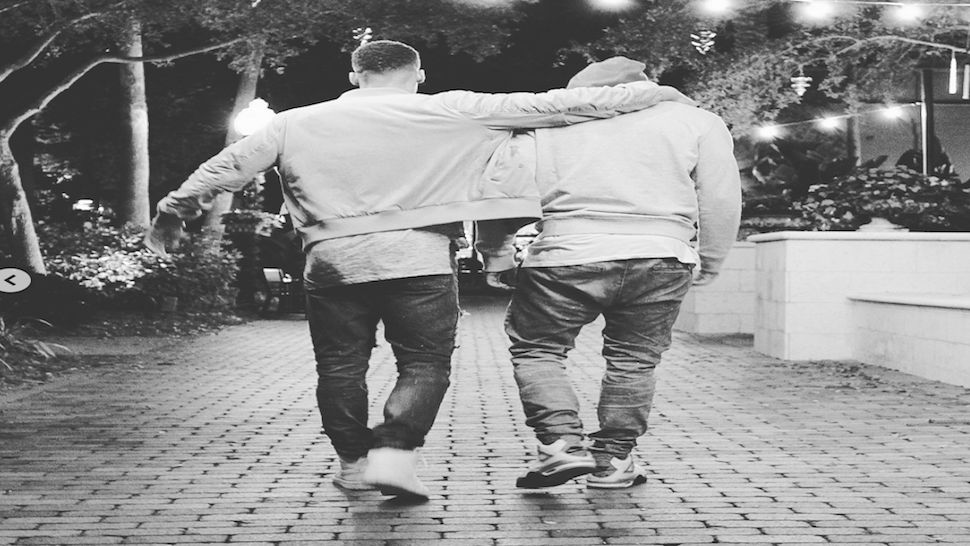 VIERA, FLA – Scrolling through file after file, clicking on various folders, Jean Meranda can’t help but sit and smile at her computer.

“Isn’t that neat,” she says to the camera watching a highlight video?

Her two sons, Devin and Tre Nixon, are the stars of thousands of pictures and videos. Jean is the one hitting record.

“Well it was hard for me not to get excited because I was holding the camera,” Jean said. “I used to get admonished all the time because my role was to get a good film shot so they could put it on their Hudl or whatever.”

The boys made her job easy. Devin and younger Tre (only by 11 months), emerged as one of the FHSAA’s most dangerous receiving tandems in 2014 for Viera. Jean remembers the guessing game before each snap.

“I see them both lining up, Tre on one side, Devin on the other and it was exciting for me as it was for everyone else because you didn’t know who the ball was going to.”

The pigskin went their way a lot. With sub 4.40 40-yard dash speed, the Nixons proved to be an opposing secondary’s worst nightmare. Their former defensive coordinator sees them in a different light.

“As a defensive coordinator if we kept the ball in front of us and limited teams to one to two touchdowns, the Nixon boys were going to get their two to three,” says now Viera Head Coach Derek Smith.

What tormented a defense, made a mother’s heart sing.

“It was amazing,” Jean said. “This is was their dream since they were little kids.”

The dream would eventually forge two different paths to the next level. Devin opted to play for Jeff Brohm at Western Kentucky University. Tre, a highly-touted recruit, saw major programs flocking to the Space Coast over the next year.

“I wanted them to go to the same school,” Jean said. “It was hard to know that Devin might be going somewhere different than Tre but then again I’m one of those ‘god has a plan’.”

Tre’s plan sent him down the grove to Ole Miss. What was thought to be the end of a mother’s dream was life hitting the pause button.

As time passed, the mindset changed. After two years of recruiting and coaching scandals mixed with sanctions headlined Mississippi, Tre opted to transfer closer to home to UCF during the 2017 season to play for Scott Frost.

“Coming from Ole Miss to UCF, the transition was real smooth,” Tre said at UCF’s Media Day last month. “The coaches took me in. The players took me in so I feel like this team is something you want to be a part of.”

That’s the message he passed along to Devin. After graduating from Western Kentucky in December of 2018, big brother had one more year of eligibility remaining. A family reunion was the perfect way to wrap up his college career.

“Being back home I just wanted to feel that with my brother one more time in my last year so I grad transferred here to UCF,” Devin said last month.

Naturally this pleased the head of the household.

“My heart just bloomed,” Jean said. “The idea of coming full circle and being able to seem those two out on the field again almost brings tears to my eyes.”

With her own eyes mom saw her dream come to life Aug. 29 when UCF blasted FAMU 62-0 at home. Tre hauled in six catches for 61 yards and an easy touchdown. Devin made his debut on special teams.

For one final season, game days bring a football mom and her two sons together again. This time comes with one exception.