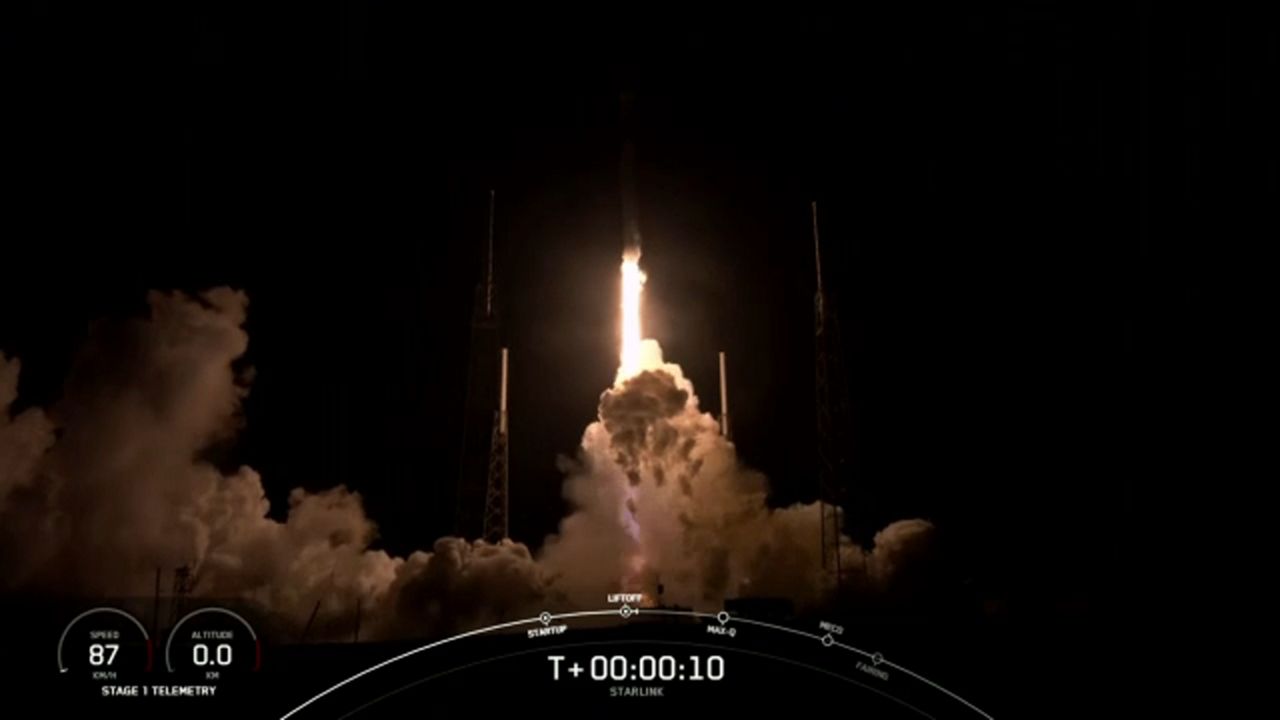 CAPE CANAVERAL, Fla. — After the launch was delayed a day, a SpaceX Falcon 9 rocket successfully lifted off from Cape Canaveral Monday night, although its first-stage booster failed landing on a drone ship.

Due to unfavorable weather Sunday night, SpaceX officials rescheduled the launch for Monday.

The Falcon 9 took off from Cape Canaveral Space Force Station Pad 40,  at 10:59 p.m. EST. The 45th Weather Squadron had given a 60% of favorability for the launch.

Originally, the launch was supposed to happen at 11:21 p.m. EST, Sunday, but the off and on rain in north Brevard County forced SpaceX to postpone the liftoff.

Falcon 9 and weather are looking good ahead of tonight's launch. Webcast will go live ~15 minutes before liftoff → https://t.co/bJFjLCzWdK

SpaceX sent another batch of 60 Starlink satellites to join its ever growing orbital broadband internet network.

The team has nearly 1,100 of them in its sights, as beta testing has begun in some areas around the world.

SpaceX's secondary mission is bringing back the rocket's first-stage booster to land on a drone ship out at sea, with the goal of using it on future missions.

The first-stage booster failed to land safely on SpaceX's drone ship Of Course I Still Love You after Monday's launch, officials said.