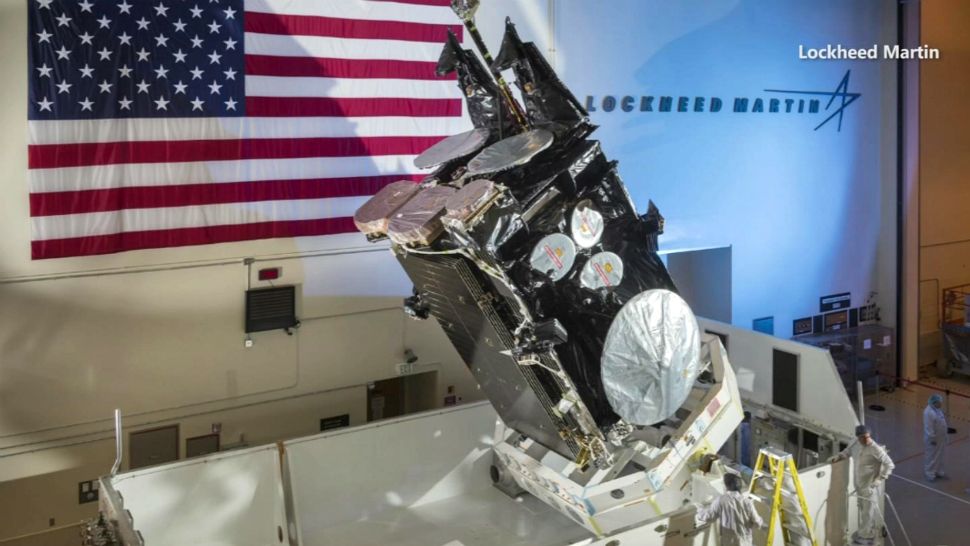 The Advanced Extremely High Frequency satellite scheduled to launch early Wednesday from Cape Canaveral Air Force Station is the 4th in a series of 6 communications satellites for the Air Force. (Lockheed Martin)

Onboard the rocket is the Advanced Extremely High Frequency-4 satellite, a high-tech spacecraft for the U.S. Air Force will help troops transmit tactical information such as video, battlefield maps and targeting data.

It's the fourth of six AEHF satellites built by Lockheed Martin for the Air Force.

If you're in Florida, watch the launch live on Spectrum News on TV, or stream it by going to the "WATCH LIVE" menu at the top of our website.