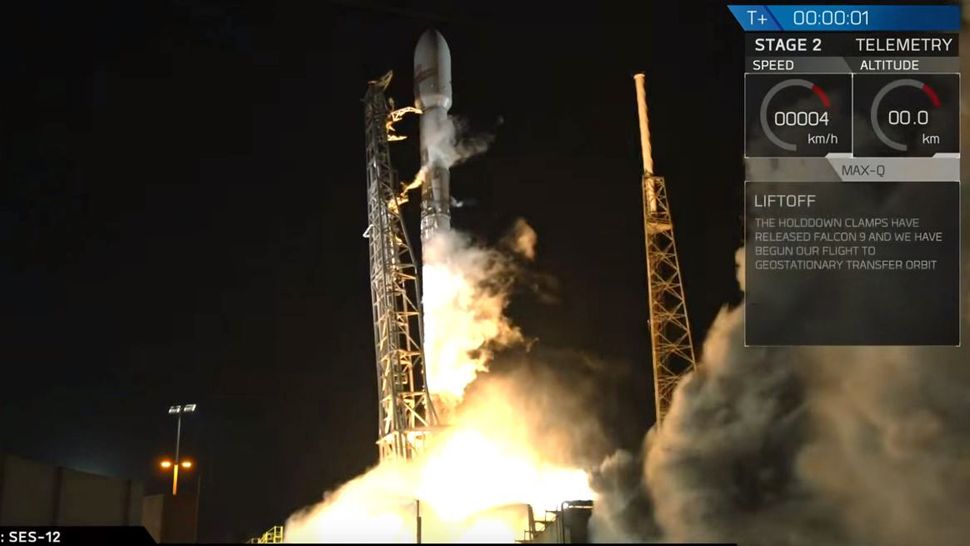 The Falcon 9 rocket soared off Launch Complex 40 at 12:45 a.m.; the launch was delayed 16 minutes because of gusty winds.

"Even if you got routine in your business, and you're doing this regularly, it is always exciting," said Markus Payer, SES vice president of corporate communications.

Payer traveled from SES headquarters in Luxembourg to watch the launch of his company's SES-12 satellite.

"This is one of the largest, if not the largest satellites we've launched," he said.

The all-electric, state-of-the-art satellite will provide television, phone and data services for customers on the other side of the globe.

"From Asia down to the Middle East, not only countries for video coverage and bringing video signals, and serving broadcasters, it will also bring a lot of capacity on to the big routes of shipping, and air traffic," said Payer.

The rocket's first stage booster has flown before, back in September when it launched the U.S. Air Force's top-secret military space plane, the X-37B.

SpaceX has since upgraded its Falcon 9 rocket, so it did not attempt a recovery effort of the booster this time.

Monday's launch comes eight years to the day when SpaceX first successfully launched its Falcon 9 from the Cape.

SpaceX's next launch is a cargo resupply mission to the International Space Station, set for the end of the month.