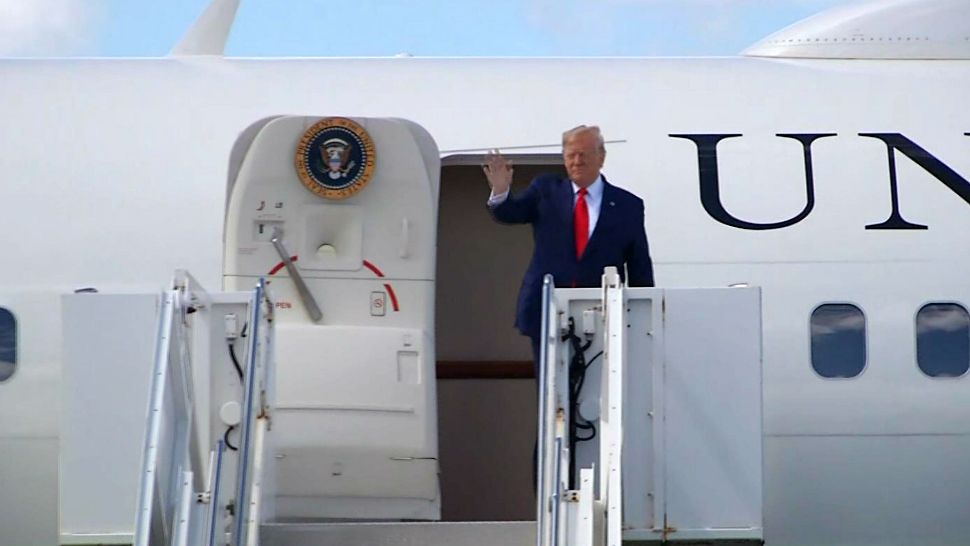 President Donald Trump arrives at Ocala International Airport for an appearance in The Villages in October. (Spectrum News file)

DeSantis: President Trump to Return to Orlando for a GOP Fundraiser

ORLANDO, Fla. — President Donald Trump will soon be back in Orlando.

Gov. Ron DeSantis told reporters Tuesday morning that the president will be in Orlando in December to headline the state Republican Party’s annual major fundraiser.

Internal issues within the state party forced them to push back the event from November to December.

The Republican Party's Statesman's Dinner will now be held on December 7. Sources tell Spectrum News that it will be held at Disney's Grand Floridian Resort.

This event raised nearly half a million dollars for Florida Republicans last year, and coming into 2020, they're looking to load up the financial war chest.

This will be the president's third trip to Central Florida this year. He kicked off his 2020 campaign at the Amway Center in June, then held a Medicare event in The Villages October 3.

Florida is also a state the president will be relying heavily on to win re-election.

As for Democrats, former Vice President Joe Biden has made at least two trips to Central Florida to raise cash, along with Pete Buttigieg, who held a fundraiser and rally a few months ago.