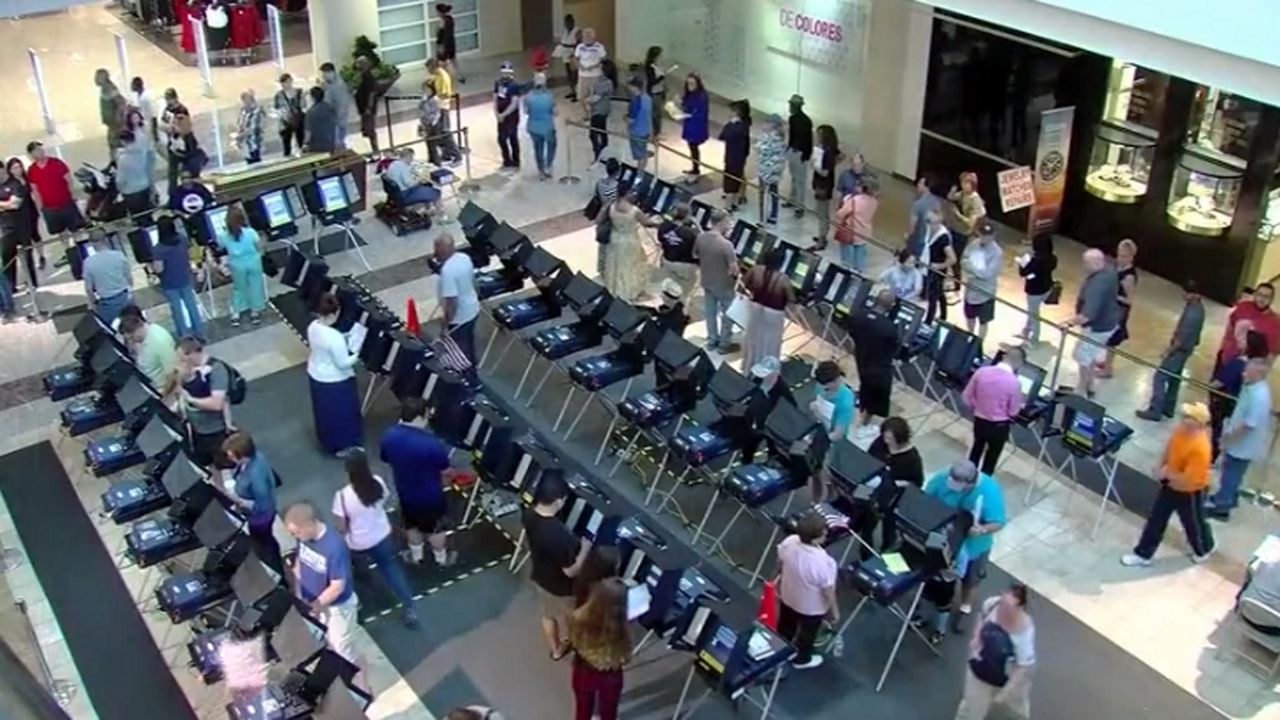 The heavily redacted Senate Intelligence report has left Florida lawmakers on both sides of the aisle to wonder if they truly know all there is to know about Russia’s attempts to hack Florida’s election systems. They believe there’s strong evidence to suggest Florida may have been the target of two additional compromises than previously disclosed.

The report suggests foreign actors may have penetrated as many as four election systems in the state as recently as May 2018, two additional intrusions then previously disclosed during a classified briefing for the delegation in May.

“I haven’t seen the classified version, so I can’t verify that Florida is state 2, but it seems to be the case,” said Rep. Michael Waltz in an interview with Spectrum News.

“We are sending a follow up to declassify some of that information so we can share more with the public,” Waltz added.

.@RepMichaelWaltz on whether Florida is "State 2" in the Senate Intelligence Report: I haven’t seen the classified version, so I can’t verify that but it seems to be the case...We are sending a follow up to declassify some of that information so we can share more with the public. pic.twitter.com/ginf8prklt

The committee also found those four counties did not accept help from the Department of Homeland Security.

Now, Representatives Murphy and Waltz, former national security professionals at the Pentagon want more information from the Department of Justice, the Federal Bureau of Investigation and the Department of Homeland Security. They sent a letter to the agencies requesting another briefing for the full Florida delegation because they believe the Senate report casts doubt on previous information provided by federal agencies about Russia’s attempts to interfere in Florida’s election system.

“For Florida, the Senate report on election interference introduced far more questions than it answered. The public was left wondering whether our state was a larger target of Russian meddling than previously shared, and we were given no assurances that the federal and state governments are doing all they can to prevent another, potentially far more devastating attack,” Murphy said in a statement.

“This unwillingness by our federal agencies and county election officials to be forthcoming with this information will only undermine public confidence in the integrity of our election systems. We will not stop demanding clear answers into the extent of the these intrusions into Florida voter data, and calling for the public release of the names of the counties affected so voters can feel certain that their voting data is secure,” she added.

Ambrogi says it's unsettling that lawmakers in the state are once again playing a guessing game.

“What my hope is behind the scenes is the Department of Homeland Security and the F.B.I are reaching out to these states, and they know what state they are on the list,” Ambrogi said. "The challenge then is a public confidence question, whether or not the public are aware that their state is doing all they should to respond to these threats.”

While some lawmakers are seeking more information, others say they don’t need an additional briefing.

"If there’s more information that I need to get, I’m sure I’ll be getting it. I’m constantly asking for updates, and I got one just recently,” said Sen. Rick Scott in an interview with Spectrum News.

However, Waltz and Murphy insist they need to learn what’s been redacted in the report to ensure the state has the resources it needs ahead of 2020.

Both lawmakers are also reiterating the need for legislation they introduced last month, H.R. 3529 – the Achieving Lasting Electoral Reforms on Transparency and Security (ALERTS Act), which would require the Dept. of Homeland Security to notify state and local officials, certain members of Congress and voters personally impacted by an election system breach.

We write regarding the recent report by the Senate Select Committee on Intelligence, entitled “Russian Active Measures Campaigns and Interference in the 2016 U.S. Election.” Given the contents of the report, we respectfully request an updated briefing for Florida’s congressional delegation on Russian cyber activities directed at our state’s election system. We also wish to express our view that the lack of transparency throughout this process highlights the importance of H.R. 3529, the Achieving Lasting Electoral Reforms on Transparency and Security (ALERTS) Act, bipartisan legislation we introduced to require notification—to appropriate members of Congress, relevant state and local officials, and potentially affected voters—when an election system is breached and voter information may have been compromised.

The March 2019 Mueller report concluded that Russian government-affiliated cyber actors targeted individuals and entities involved in the administration of the 2016 U.S. election, including in Florida. The Mueller report stated that, in November 2016, Russian actors sent spearphishing emails to over 120 email accounts used by Florida county officials responsible for administering the 2016 election. The Mueller report said “the FBI believes that this operation enabled [the Russian government] to gain access to the network of at least one Florida county.”

In light of these findings, we sent a letter to Attorney General Barr and FBI Director Wray requesting a briefing for the members of the Florida congressional delegation. That briefing was held on May 16, 2019. During the briefing, the FBI informed us—and authorized us to reveal—that Russia had gained access to the election-related computer networks of at least two Florida counties.

In July, the Senate Select Committee on Intelligence released the first volume of a report on Russian interference in the 2016 election. The Committee reached out to 21 states that DHS had identified as potential targets of Russian government interference.

Based on public information, the evidence strongly suggests that Florida is “State 2” in the Senate report, although we cannot be certain about that conclusion. If this is the case, then the Senate report’s heavily-redacted discussion of State 2 raises a host of troubling new questions. For example, the report indicates that, in 2018, the FBI formally advised the Department of Homeland Security that the FBI “suspected compromises” of the election infrastructure of two additional Florida counties, referred to as “Counties C and D” in the Senate report.

In light of this and other new information contained in the Senate report, we believe a follow-on briefing for the members of the Florida congressional delegation is warranted when the House returns to session in September. Our offices will contact you to coordinate this briefing.

We continue to believe the secrecy surrounding this critically-important issue is unhelpful, and underscores the importance of amending federal law to require notification—to appropriate members of Congress, relevant state and local officials, and potentially affected voters—when an election system is breached and there is a basis to believe the breach resulted in voter information being altered or otherwise affected. We have introduced bipartisan legislation to establish a reasonable notification standard, the ALERTS Act. We believe our bill strikes the right balance between being forthcoming to the voting public, protecting voter confidence, and holding state and local officials accountable for their efforts to secure our elections—and that it should be enacted into law.

We look forward to scheduling a briefing in September on information contained in the Select Committee on Intelligence report pertaining to Florida.