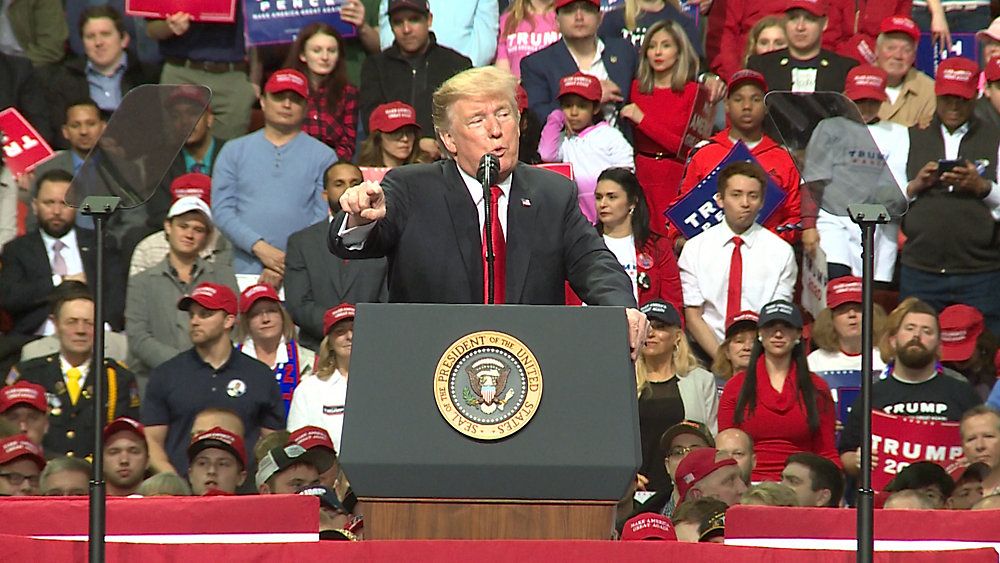 Trump: Orlando Rally Next Month to be Re-Election Kickoff Event

ORLANDO, Fla. — President Donald Trump is set to make a campaign appearance next month in Orlando, Spectrum News 13 has confirmed.

He told us the president will be in Orlando on June 18 for what the campaign says will be a large rally downtown.

Just got a hold of the Trump Campaign's contract to host rally at Amway Center June 18.

The city of Orlando confirmed Friday afternoon that Trump campaign had signed an agreement to rent the Amway Center on Tuesday, June 18.

Trump then tweeted that the Orlando rally would be the kickoff event for his re-election campaign.

The Orlando stop would be Trump's first campaign rally in Central Florida since February 2017, when Trump kicked off his 2020 campaign less than a month after his inauguration.

He also held a post-election "thank you" event at the Central Florida Fairgrounds in December 2016, having also held one of his last rallies before the election there that October. Trump also has held campaign rallies in Kissimmee, Ocala, Lakeland, and the University of Central Florida in 2016.

The president has been making a series of stops in his run-up to the 2020 election.

Here's a preview of our extended conversation airing in coming days on @MyNews13 and @BN9 pic.twitter.com/7REfVpXZry

We spoke with Parscale about a series of issues which we’ll cover in the coming days.

That includes his thoughts on a growing number of Democrats calling on the president to be impeached.

“I think it’s always a distraction, but this is not something that impedes the campaign," Parscale said. "I think they’re making a mistake. I’ve said this recently on different outlets: Their impeachment to their base is like the wall to our base; the only difference being ours is a true crisis and theirs is a manufactured crisis.”

Trump and Florida Republicans are looking to lock in the swing state early.

"I would love to see within the next four or eight years, Florida is no longer a swing state — it’s more red than Texas," Parscale said.

Democrats, for their part, are saying not so fast. They're working to put a candidate out front who has broad appeal and can tackle pressing issues.

There are at least 23 Democrats in the race challenging Trump — some already fundraising in Florida.

"Florida is absolutely in play," state Rep. Carlos Guillermo Smith, of Orlando, said. "It has always been a swing state.”

According to a copy of the Trump campaign's contract with the city of Orlando signed Friday, doors will open at the Amway Center at 4 p.m.

There are already protests being planned.