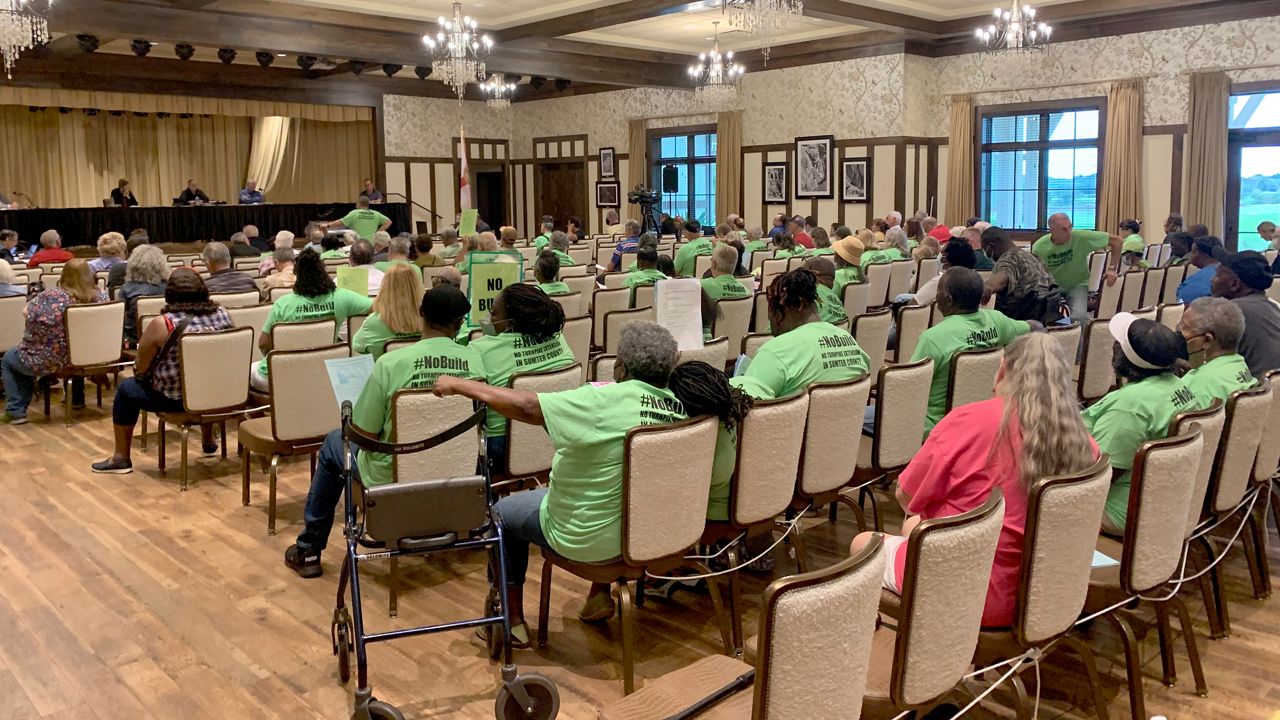 Rural communities of Sumter County plead for no turnpike expansion

Florida continues to see rapid growth statewide, and for some state leaders, that can lead to the need to make tough choices.

In some areas, the choice can boil down to: Expanding transit to make life a little easier getting around, or keep things the way they are and add to congestion.

Dozens of families in Sumter County attended a County Commission meeting Tuesday to discuss just that.

Residents brought with them messages on signs, shirts, and stickers, saying things like ” No Build,” “Rural Florida says no toll roads,” and “Save it Don’t Pave It.”

For anyone who doesn't know their way around the county and back roads of Sumter County, lifelong Royal resident Levi Solomon can give easy directions on how to get to his hometown.

A mile and a half later you will be driving in Royal, a historic Black rural town where Solomon knows everyone.

“All my relatives are here,” he said. “Almost all my brothers are here, and all of my friends, that is why it’s so important to me.”

Royal is one of a handful of rural towns that the Florida Department of Transportation is looking too potentially expand its Northern Turnpike Extension through. So far, no official paths or plans are in place, but a place of worship could be in its future path.

“Their are four routes, and every one of them seem to go by the church,” Solomon said, pointing at a map. “This is the first church, and there is another church down the road.”

In 1964, I-75 went through Royal, creating an overpass which residents to this day like Solomon are still not happy about.

He said members of Royal have received letters from law firms asking to represent them in potential litigation with FDOT. His hope is they won’t be needed, and that Royal will be left alone.

Neighboring counties of Sumter and Marion have each passed “No Build” resolutions, and Solomon and his neighbors are pleading that Sumter do the same.

More than 100 people from rural communities were at the Sumter County Commission meeting pleading for help on this issue.

No official plans have been submitted, and no members of FDOT were at the meeting. Residents say they want an opportunity to meet and speak with them about any future plans.