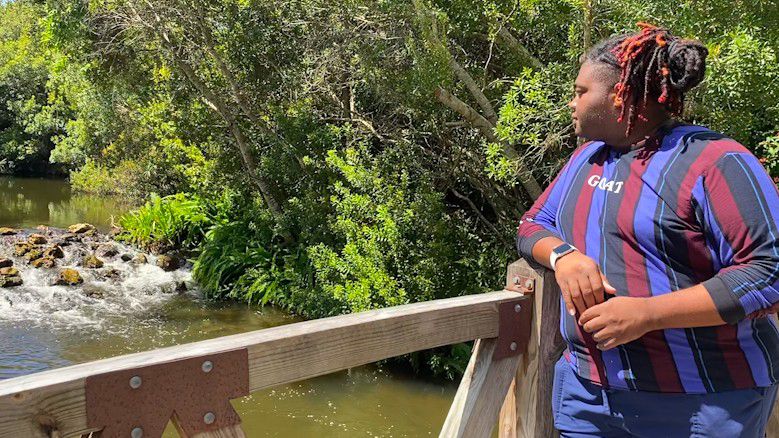 Residents of a Sumter County community are pushing back on a proposed extension of Florida's Turnpike that would cut through the historic town of Royal, which was founded by freed slaves in the mid-1800s. (Spectrum News 13/Katie Streit)

'It takes a piece of our black history': Royal residents upset over proposed FDOT project

SUMTER COUNTY, Fla. — A proposed extension of Florida's Turnpike would likely to go through Sumter and Marion counties, and some residents have come out against the project.

On Tuesday, Spectrum News 13 reported on the growing push back from residents against the proposed development, which would cut through the town of Royal, a historic town founded by freed slaves in the mid-1800s.

Denzel Williams says he travels to The Villages not just to work at a long-term care facility, but also to reflect.

“When I come to the waterfall, I usually pray," he said. "I asked God to clear my mind and my thoughts."

But right now, Williams said there is a lot on his mind.

The Florida Department of Transportation is looking at a proposal to expand Florida's Turnpike as an extra hurricane evacuation route for rural communities. For Williams, the problem he faces is the plan would cut right through Royal.

The town of Royal is one of Florida’s oldest African American communities, founded by freed slaves in 1865. Then, the town was known as Picketsville because of the white picket fences that marked its 40-acre homesteads.

Wilson said his great-great-grandfather bought land to pass down to future generations, and he doesn't want that history to go away.

"If they take it away, who says what else they can take."

Williams said this isn’t the first road to separate the town, pointing to the 1980s, when I-75 split Royal. He said he doesn’t want another roadway paving over the historic land.

Williams hopes to preserve the town’s history — not just for his family and his neighbors, but for the rest of Florida.