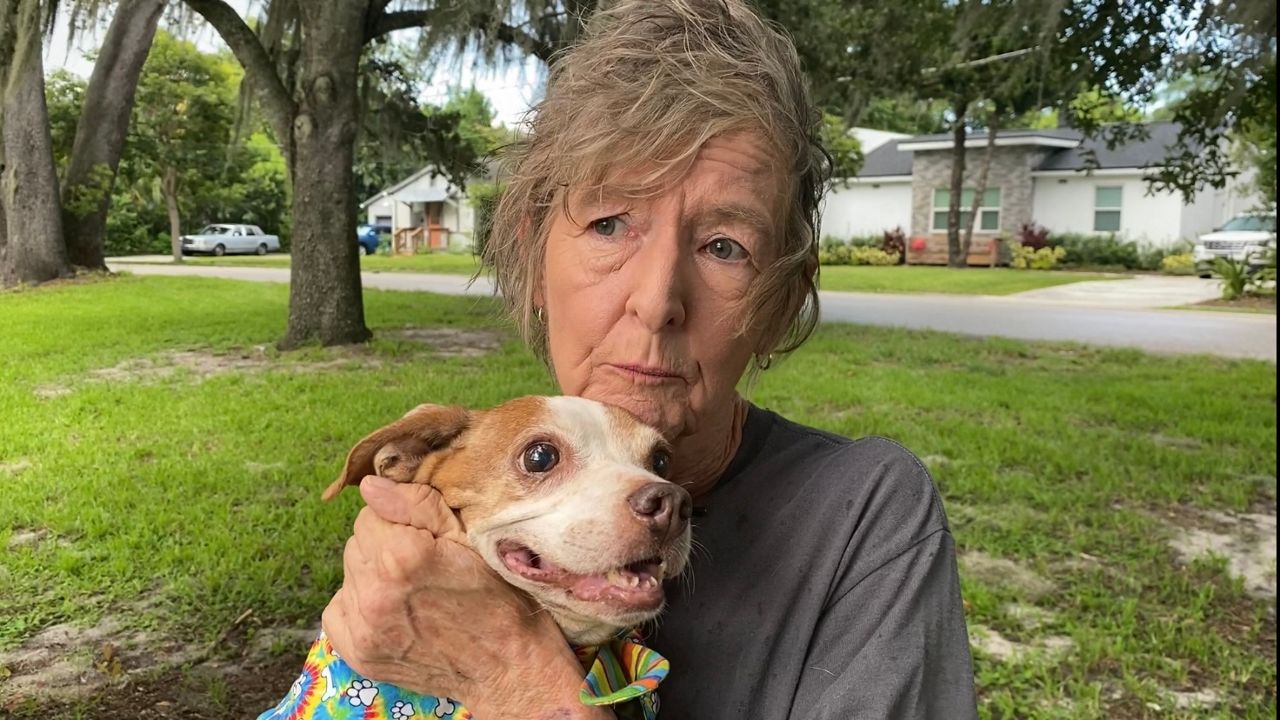 Rosina McVicker has fostered pets for 20 years and said she has never seen so many local animal shelters at, or near, capacity as there are now. (Spectrum News 13/Jesse Canales)

On Friday, several Central Florida animal shelters announced in unison that their facilities had reached, or were very near, capacity.

Shelter workers say "housing issues" and ensuing rent increases are among the most common explanations they've heard recently from people surrendering their pets.

“It’s frustrating because you want to help these families hold on to their dogs, but often times it’s just not possible to do so,” said  Endless Pawsibilities Animal Rescue founder Miriam Aterhortua.

In Orange County, officials say almost 400 animals are in the Orange County Animal Services shelter and about 200 more are in foster care. In Seminole County, there are about 200 animals in the Seminole County Animal Services shelter and more than 100 in foster care. Meanwhile, officials at the shelters in Osceola and Volusia counties report they have gone beyond capacity this Summer.

Rosina McVicker, who fosters pets and sits on the Orange County Animal Services advisory board, said she’s never seen anything like this.

“We are seeing probably the worst year ever as far as overcrowding in the shelter,” she said. “This is the first year that I recall in many where multiple shelters have closed intakes or limited intakes — they don’t take owner surrenders or take healthy free roaming dogs.”

As rent hikes continue to rise so, does the number of pet surrenders across Central Florida. It's led to shelters reaching capacity and animal rescues, like Endless Pawsibilities, getting stretched thin to care for all the animals. @MyNews13 pic.twitter.com/Cvp0dUCiGm

Both McVicker and Aterhortua said they also have had to turn away pets because their shelters have reached capacity themselves.

“It’s really devastating, because we would like to save them all,” Aterhortua said. “The lack of fosters, the lack of space, the insane amount of animals needing space. It’s devastating having to say no.”

Orange County Animal Services report that on a daily basis, about 25 animals are in brought in as either strays or surrenders. Several animal shelters report either waiving or reducing adoption fees in the hopes more people would adopt.

Aterhortua said aside from donations, what shelters need most is more animal foster parents help with the issue.