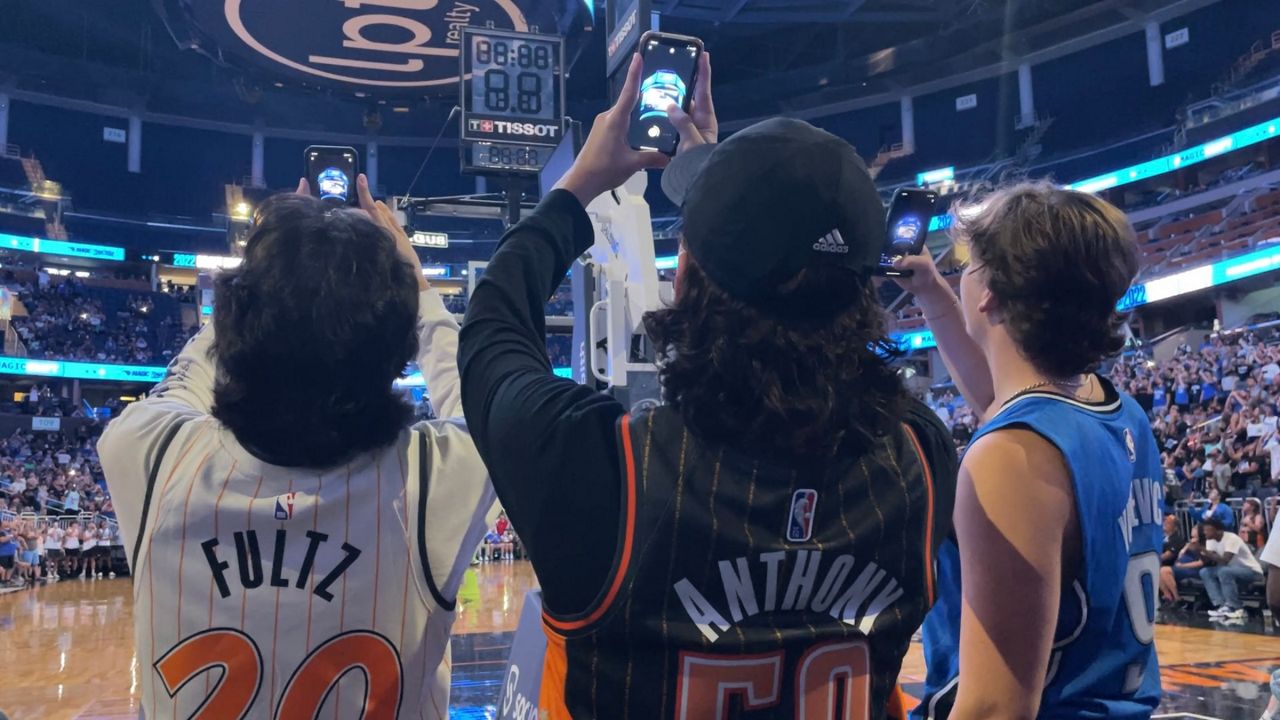 Magic fans wait in anticipation for the 1st overall pick in the NBA Draft to be announced. (Spectrum News)

ORLANDO, Fla. — For the first time in 18 years, the Orlando Magic got their chance to pick first in the NBA Draft.

The team held a draft party at Amway Center to celebrate the occasion and allowed fans to watch this year’s pick be announced.

“I’m so hyped. It’s been so long since we had a number 1 pick,” said longtime Magic fan Gabe Calupitan.

Coming out to this draft party and setting his feet on an NBA court is a dream come true.

Growing up in Central Florida has allowed the University of South Florida student to see several Magic teams.

He’s been there for the highs of going to an NBA Final in 2009, and support has never wavered, even when team wins have been low.

Calupitan and thousands of other fans got their chance to take in the draft-night experience together.

They were able to compete in games and listen to music. The enthusiasm shifted to another level once that first pick came in.

“Right now, man, it may not look like it, but I am excited. This is something we needed,” exclaimed,” Dmitriy Morozov, a fan who came to the arena with his friends to watch.

For people like Calupitan, just being in the arena where his favorite team plays made coming to the draft party worth it.

He said he and his friends are excited about the team’s future.

“Energy in this building is crazy. Everyone is excited," Calupitan said. "Number one overall pick happens once in a blue moon.”