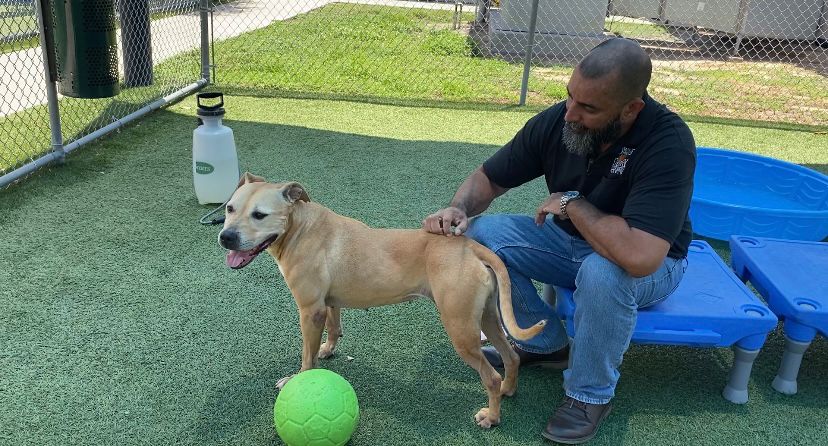 ORLANDO, Fla. — Orange County Animal Services is reporting a 37% increase in surrendered pets compared to this time last year, and officials say one of the many reasons is because of the increase in housing costs in the area.

Bryant Almeida loves animals, and says it hurts to see some animals struggle to find their forever home.

"Marnie is our unofficial longest resident," he said, pointing to a dog who has been at the shelter for about 180 days.

"A lot of people come in with a blueprint of an animal that they want," he continued. "What we like to see is actually surprising them."

The county is seeing is a spike in the number of people surrendering their pets, and experts say the cost of housing is one of the things driving the increase.

"It’s heartbreaking to see because a lot of these people don’t want to surrender their animals," said Almeida.

He said another reason for the spike is inflation, and with increased costs for rent, food and even vet costs, many pet owners are making tough decisions.

Now, Orange County Animal Services is having to make adjustments due to the increase of pets coming in.

"It’s tough everyday," he said. "You don’t have 20-30 animals leaving, so what ends up happening is we have to double up the amount of animals in cages.

Almeida said the animals are confused because many of them are surrendered by their owners, so they go from having a home one day to living in a shelter the next.

Some things owners can do to help the situation is to spay or neuter their pets, he said. Orange County Animal Services offer free spay and neutering for qualifying low-income Orange County residents.

Anyone who thinks they are in the right place to adopt or foster a pet, there are a number of cats and dogs waiting for their forever homes.

The agency is running a special this month where adoption fees have been dropped to $11, which includes spay/neuter services and a microchip.