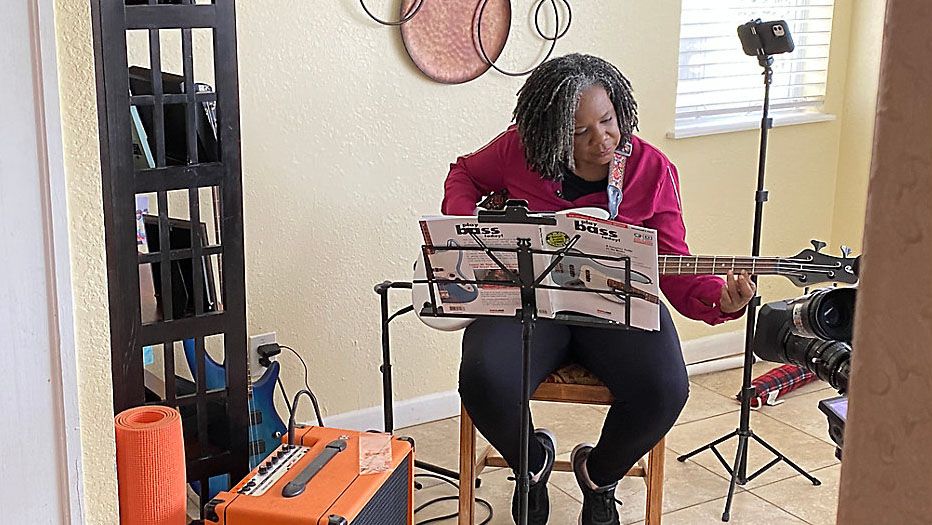 Navy veteran Aretha Simons serves a peer mentor with the group WoVen and helps support other women who have served. (Spectrum News/Cheryn Stone)

ORLANDO, Fla. — About 10% of U.S. veterans are women, but they are now the quickest growing demographic in the vet and military populations.

Navy veteran Aretha Simons went to boot camp in Orlando for what she said were the roughest eight weeks of her life.

“Because I had never been athletic in school. I got into band just so I could get out of P.E.,” she said.

Through her assignments, women were outnumbered by men.

“Of course, you had some rotten apples, but the men really treated us as sisters,” Simons said.

After retiring from active duty, she stayed in the Reserves. Simons was a divorced mother of two young children when she was recalled after September 11.

Her mission now is to support other women who served. She joined the group WoVen and serves as a peer mentor.

Simons describes it as a sisterhood. The goal is to build relationships and educate women veterans about available resources. That can include addressing difficult issues like sexual trauma women may have endured in the military.

“I was on a group call and one woman had said that she had been raped and she hadn’t told anybody. We were the first ones to know so we kind of coached her through, telling her what to do and telling her to go get help and of course, make the report to the police,” Simons said.

While she is up to the challenge of juggling the workload carried by women in the military, Simons knows it’s a life that isn’t for everyone. She says her service extends into her career today. Her business Multiplying Talents helps nonprofits. ​