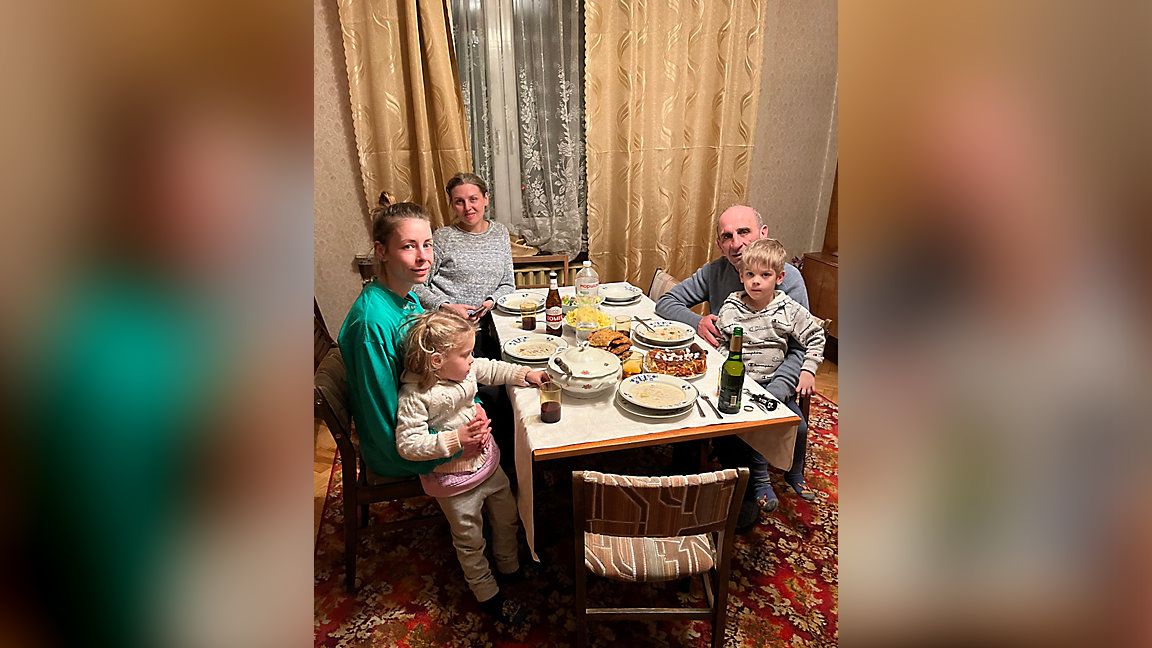 Millions of Ukrainian refugees have fled the nation to escape the atrocities. Around two million are now living in neighboring Poland.

One of those families now has a place to stay thanks to an Orange County family.

Basia Andraka-Christou, a UCF assistant professor at the School of Global Health Management and Informatics, and her family own a four-story home in northeastern Poland.

Basia said her grandparents, Czeslaw and Gienia Andraka, built the home with the vision of it becoming a multi-generational household.

But, she said it’s become more of a vacation home.

Last month, her father, Bohdan, was headed for a ski trip there until Russia attacked Ukraine. That’s when it became a humanitarian mission.

On February 27, during her son’s 4th birthday, Basia and her family held a meeting to decide how to help.

Within minutes, they decided to house a family of Ukrainian refugees in their Polish home.

“We just knew that there was going to be a desperate need for housing for Ukrainian refugees,” she said. “It’s typically an empty house most of the year and he’s just one person staying there for vacation, so we decided to take people in.”

Basia reached out to a former colleague at Indiana University whose family lived in Ukraine to see if they needed a place to stay.

Her colleague’s family already found a home to stay in, but they knew of another family in need.

Two weeks later, on March 9, their Polish vacation home became a safe place for a family of six related by marriage: one mother, Oksana, and her four-year-old twins, Mark and Margo, another mother, Alexandra, and her teenage son, Nella, and the children’s grandfather, Grisha.

The 4-year-old refugee twins are about the same age as Basia’s two kids.

“My daughter has tried to speak with Margo and Mark and it’s been very cute,” she said. “They actually have communicated in different languages, but because they’re four, I guess it doesn’t matter.”

Housing the family of Ukrainian refugees helped complete the vision Basia’s grandparents had, housing a multi-generational family in the northeastern Polish house.

Basic said they have another open room so they’re looking to house another family there. And - her church has been collecting donations to help refugee family.

To donate, use the “Outreach - Ukraine 2022” in the drop-down menu or send a check to the church with “Ukraine” in the memo line at 2499 N. Westmoreland Drive, Orlando, FL.