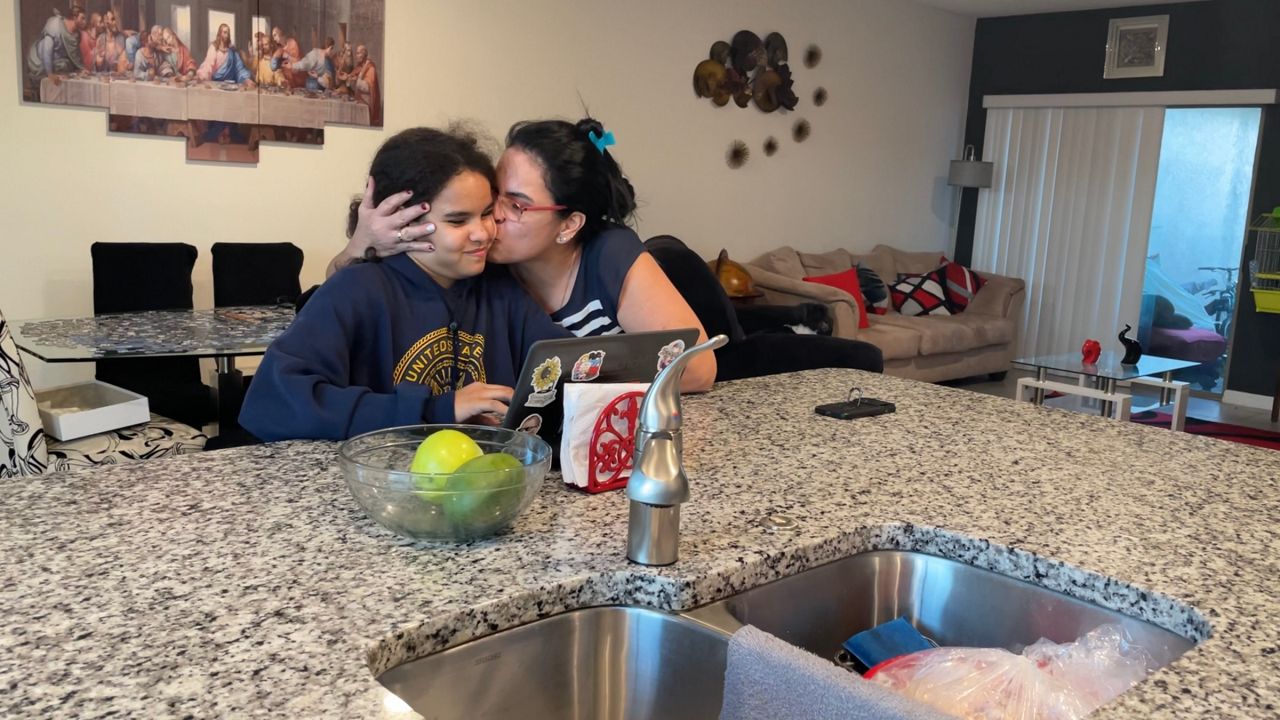 Thousands of migrants out of work due to delays at U.S. Immigration Services

Right now, there are over 80,000 outstanding work permit applications waiting to be processed.

In a statement, USCIS said the pandemic is just one reason for the delays in processing.

“USCIS has made significant strides in addressing processing delays caused by COVID-19 and other factors while responding to new executive orders,” a USCIS spokesperson said.

While the agency sorts out the delays, Yulaima Mirrae and her husband Alberto Jose Ramos Rodriguez, become more and more frustrated.

The couple fled Venezuela to seek asylum in the U.S. While their asylum case is still being processed, the couple would work legally in the U.S. with a work permit.

The couple applied for a work permit renewal in January, 2022, before it expired in June and spent almost $1,000 in fees.

Because of processing time delays at the U.S. Immigration Services Office caused by the coronavirus pandemic, they extended their permit for another six months.

However, it officially expired on December 30 with no further extensions and they both lost their jobs. Yulaima now calls USCIS every day for any updates.

Even without a work permit, they spend every day looking for work to continue to stay afloat.

“We leave early in the morning and drive to every recruiting office,” Mirrae said. “They try to make it back home by three in the afternoon.”

They spend more than $60 a week on gas driving looking for work.

“They all say the same thing: If we don’t have a work permit, they can’t hire us,” she said. “Businesses are worried about getting fined by the USCIS.”

Weeks have gone by and no work. The couple’s savings are now dwindling.

“We need to pay the water, electricity, car and mortgage bills and we only have enough savings for one more month,” Mirrae said.

They refuse to apply for federal benefits because she worries it will affect her family’s asylum case.

“We just want to work,” she said. “We don’t want to be a burden for the government. Our goal is to get back to work as quickly as possible to provide the best life for our daughter.”

She lost more than her job because of the global pandemic – her father, step-father and step-mother all died because of it last year. This situation just adds to her frustration and pain.

Besides the delays with work permits, there is also a backlog of applications for things like Temporary Protected Status, asylum and green cards.

For instance, the Mirrae family has been waiting nearly three years for their case to be processed.

Right now, the agency said there are over 8 million unprocessed applications in all.

There are more than a quarter million outstanding TPS applications, over 400,000 pending applications for asylum and nearly three-quarters of a million unprocessed green card applications.

The agency said it has expanded its staffing and overtime at its Lockbox facilities, where application forms and fees get processed. USCIS said it eliminated over 1.5 million cases waiting to be entered into the system.