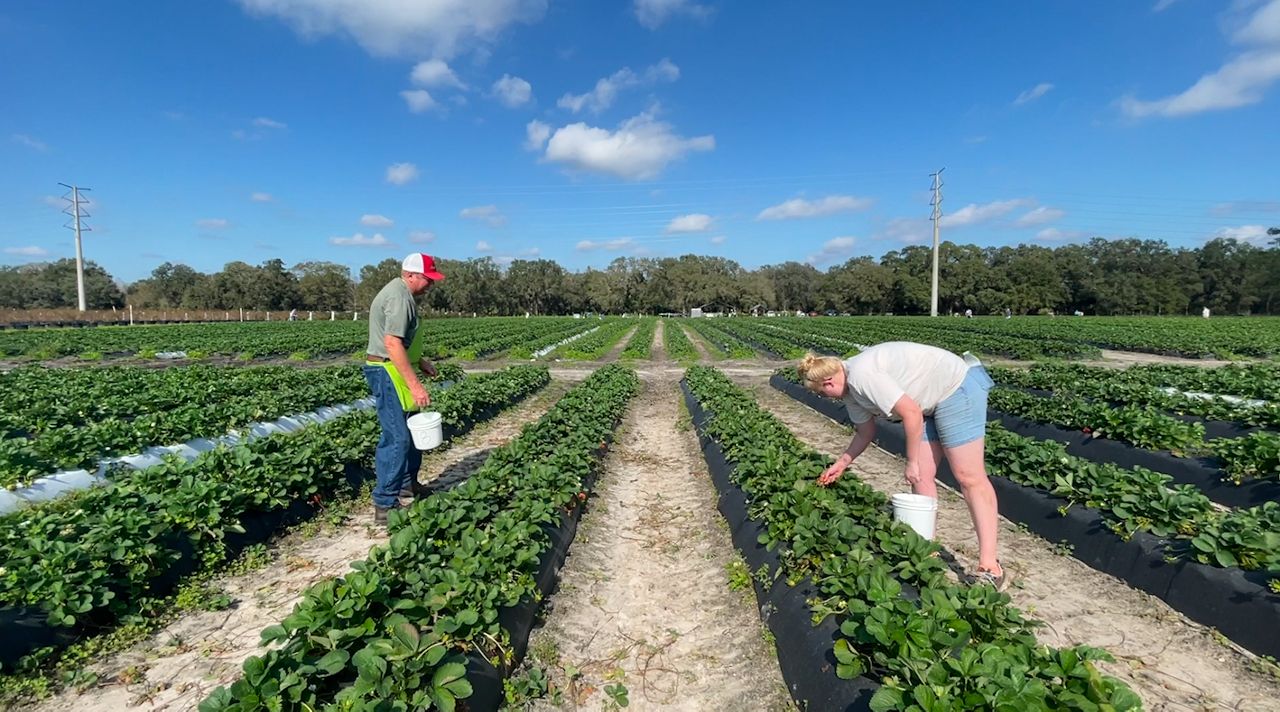 Florida on a Tankful: JG Ranch welcomes guests for another season of strawberries

HERNANDO COUNTY, Fla. — “Take a knife and cut it off right at the base," Jeff Casey said as he cut a head of lettuce from the patch on his multi-acre family farm in Hernando County.

As a career farmer, he knows how just about all the fruits and veggies on his farm should look and taste when they're ripe for the plucking.

“There are a lot of things to see and pick and a lot of times people don't know what they're picking so lots of learning going on at the same time," Casey said.

Here on this three-generation-owned-and-operated U-pick farm, Casey's family first purchased the farm in the 1940s, originally opening it as a dairy farm.

Later they transitioned away from dairy, keeping a few cows as a friendly reminder to the history, and in 1999 they sold the remainder of their dairy herd moving from Pinellas County to Brookesville opening up JG Ranch as you see it today.

This time of year, they have a number of fresh produce ripe for the picking. But from December to late March, their most prized fruits are in these fields: strawberries.

For Casey, it's all about the perfect pick and passing on that knowledge to the next generation, working alongside his daughter Kaitlyn to usher in a good crop this season, hopefully, for another 50 years to come.

They are open year-round, but if you'd like to pick strawberries, they say the next batch will be at its best by the end of January. For more information on their other events, as well as fruits and veggies, head to their website.