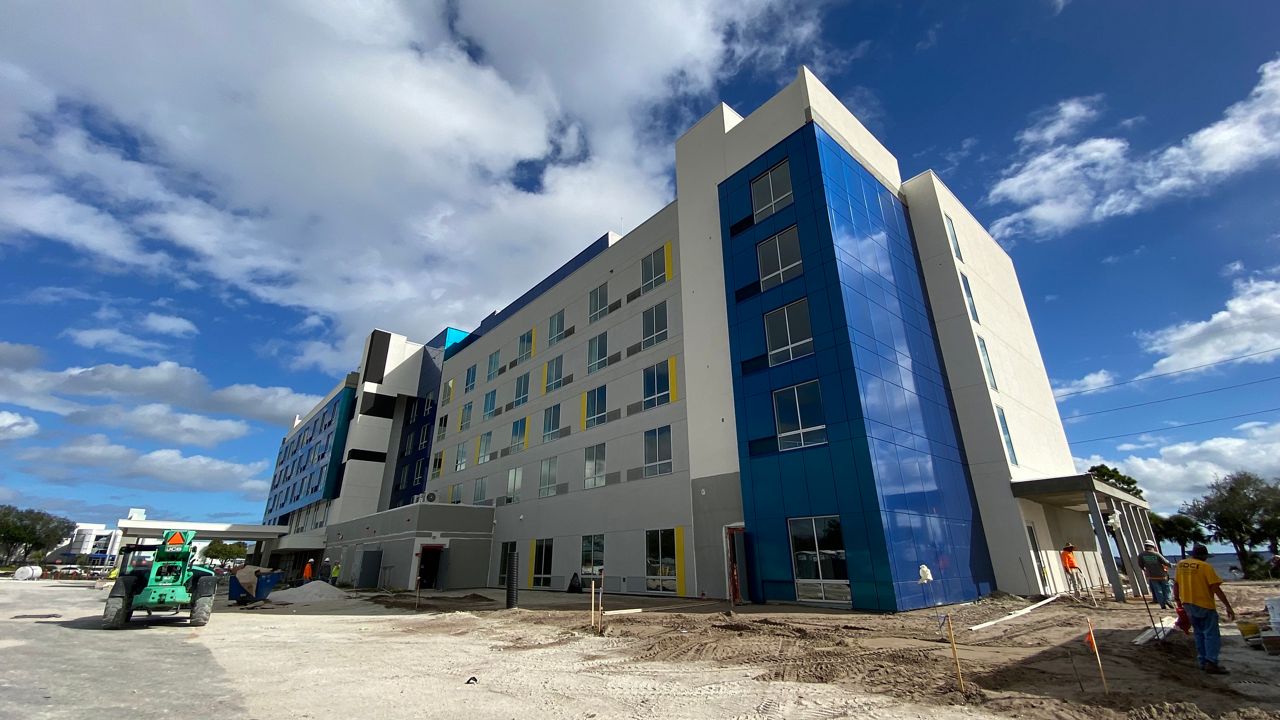 The first space-themed hotel on the Space Coast is preparing to open its doors on April 8, according to a press release from Delaware North, the hotel's owner-operator.

The Courtyard by Marriott Titusville – Kennedy Space Center was originally targeting a March 15, 2022 opening date after starting construction back in the summer of 2019.

The project was halted for a year as a result of the pandemic, but was restarted during the summer of 2021. Designs for the hotel were in the works going back to 2015, according to Wayne Soard, the general manager of the hotel.

“The first rendering concept was very, very cool and that attracted me as well as just the excitement going on around space and I wanted to be here for that,” Soard said.

Soard signed on for the project in the middle of summer 2021 and moved to the Space Coast in October. He has more than 30 years of experience in hospitality management, mostly with Delaware North, the company facilitating the development of the hotel.

Space themed-murals will be featured in each of the 152 rooms and other cosmic elements are strewn throughout, both inside and outside the hotel.

Delaware North also manages the Kennedy Space Center Visitor Complex, which is only 6.4 miles away. Soard said, like the KSCVC, there will be opportunities for guests to learn about space in addition to enjoying the general space theming.

“We’re working on that as we speak to get more interactive items put into play here,” Soard said. “So, that will be definitely something you’ll see in the future.”

The Space Bar is one of the premier attractions that will be featured at the hotel. A separate elevator was installed that is designed to head directly to the bar and bypass guest rooms for those wanting to just go for that experience.

At just 7.1 miles from the entry to KSC, the hotel is the closest place one can stay compared to Launch Complex 39A and Launch Complex 39B. The former is where SpaceX holds its crewed launches as well as others and the latter is where NASA will launch its Space Launch System (SLS) rockets for the Artemis program to the Moon.

Online booking of the hotel is available now, starting for the month of May and moving forward. As the project moves closer to completion, rooms near the opening day will start to become available as well.

Once completed, the Courtyard Titusville Kennedy Space Center will support about 50 part- and full-time jobs. A career fair is scheduled for January 13 and 14 at the American Police Hall of Fame down the road from the hotel.