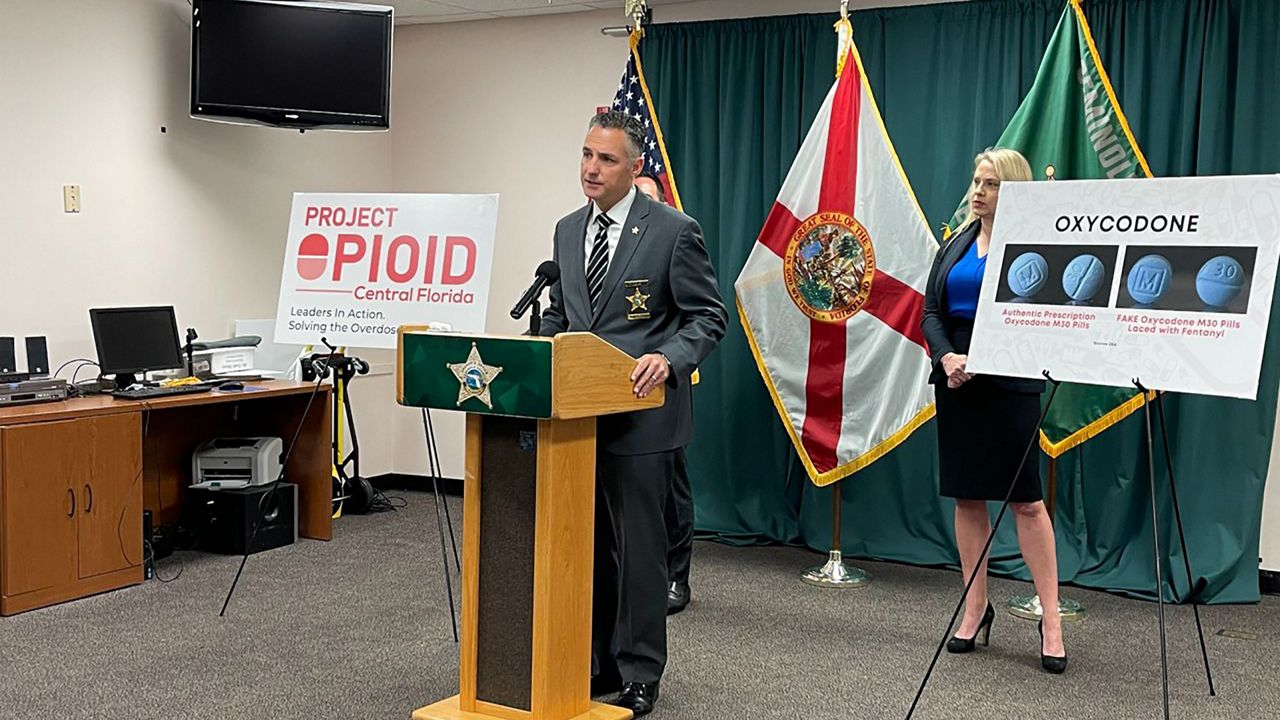 "We've had 748 overdoses since Jan. 1, that in the past two years is a 240% increase. Additionally, we've had 118 overdose deaths," Seminole County Sheriff Dennis Lemma said about what his department is seeing in the county. (Spectrum News 13/Justin Soto)

Project Opioid founder Andrae Bailey said during a press conference on Wednesday that fentanyl is driving the opioid crisis, created mostly in China, then smuggled into the U.S. through Mexico.

Fake pills are also laced with the deadly drug, he continued.

"If you are someone who is using drugs casually, the message today is, you can't do that and not put your life at risk," he said.

Central Florida is not alone with overdose deaths nationally topping 100,000 between April 2020 and April 2021, a 28% increase year to year.

"We've had 748 overdoses since Jan. 1, that in the past two years is a 240% increase. Additionally, we've had 118 overdose deaths," Seminole County Sheriff Dennis Lemma said about what his department is seeing in the county.

The sheriff is co-chair of Project Opioid, working to bring awareness and solutions to the problem across the region.

Bailey said the pandemic's accelerated what was already happening.

"It did drive a mental health crisis which increased people's usage," he said.

"Between March 2020 and March 2021, there's been a 28% increase in overdose deaths in this Tri-County region, that's in Orange, Seminole and Osceola county," Project Opioid Vice President Dr. Kendall Cortelyou said.

Although the major lockdowns have passed, he said overall deaths continue to rise.

Seminole County public safety has used the overdose reversal medication Narcan more than 700 times in all, and it is a focus as the team works on more solutions.

"We need to get Narcan in the hands of more people and that's one of the things we're working with Project Opioid," Lemma said.