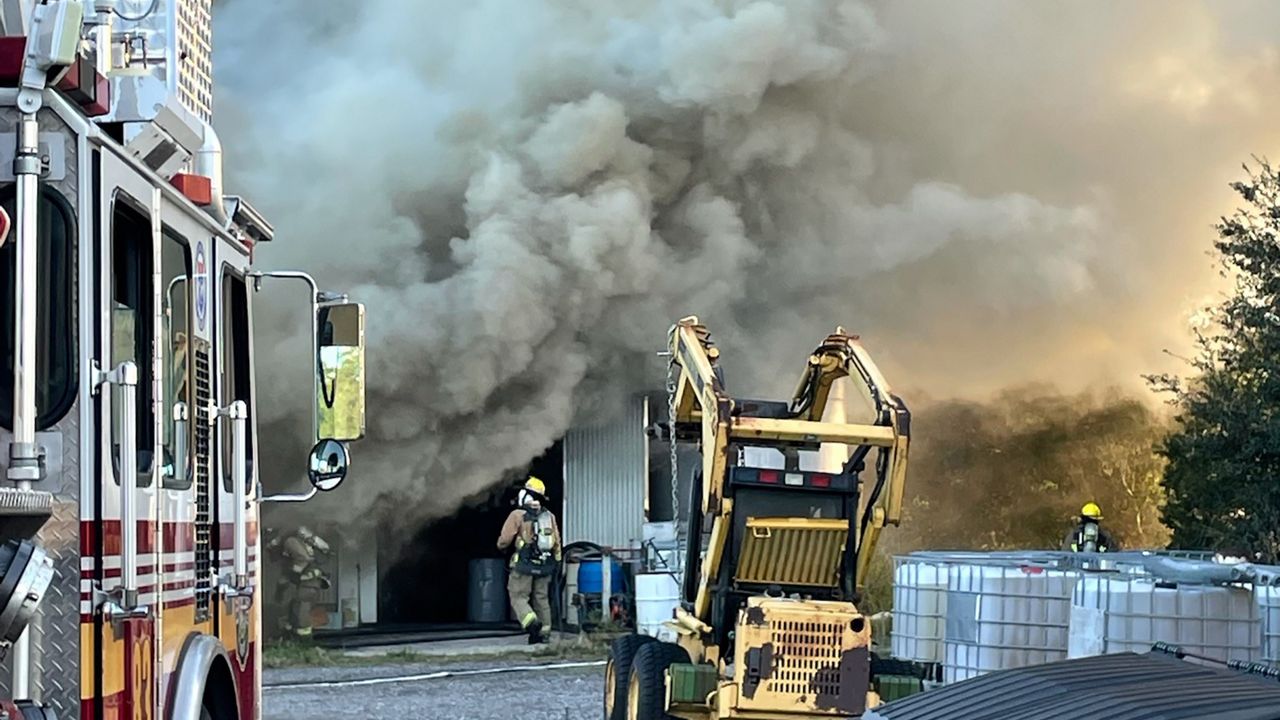 Firefighters respond to a blaze at Webb's Honey in Orange County Wednesday morning that seriously damaged about 40% of the building. (Photo: Orange County Fire Rescue)

ORANGE COUNTY, Fla. — A small business owner was still picking up the pieces Wednesday after fire ripped through his small East Orange County business a day before Thanksgiving.

It happened at Webb's Honey on State Road 520 in the Christmas area of Orange County just after 7 a.m.

Firefighters arrived on scene saw the heavy smoke and flames spouting from the backside of the 4,500 square foot building.​

They were able to get control of the fire, but some 40% of the building was badly damaged, officials said.

SMALL BIZ FIRE: day before #Thanksgiving , fire breaks out at Webb’s Honey off SR 520 in #Orange County. Business was closed for the holiday. Hear from devastated owner at noon. @MyNews13 #News13Orange pic.twitter.com/guNXugnxx2

Owner David Webb has been in business for more than a decade and said he is devastated but plans to be back in business soon.

"We are going to be down for a week or two, we will get going again," he said. "Check Facebook and WebbsHoney.com and see if we will be open soon."

On Webb's Honey Facebook page, a message was posted that stated no one was inside the building and ended with, "Thank you for bearing with us during this difficult time. We will take all of the good vibes and prayers we can get."

Investigators said it's not known if "observation bees" displayed in the front of the business survived, but reported that several hives in the back of the building made it.

Webb said they lost a cat named Momma in the fire.

They make the 30 minute drive from Geneva to buy honey to make homemade goat milk soaps and lotions.

They were planning to stock up for the holidays when they arrived Wednesday, but instead they pulled in and found out about the fire.

"When did this happen, we are just so shocked," said Christensen. "I'm crushed."

The business had just closed for several days for the long holiday weekend.​

Investigators said the cause of the fire has not yet been determined.

No injuries were reported in connection with the fire.

Firefighters remain on scene putting out hot spots in the building. pic.twitter.com/4SYCy9ARHX