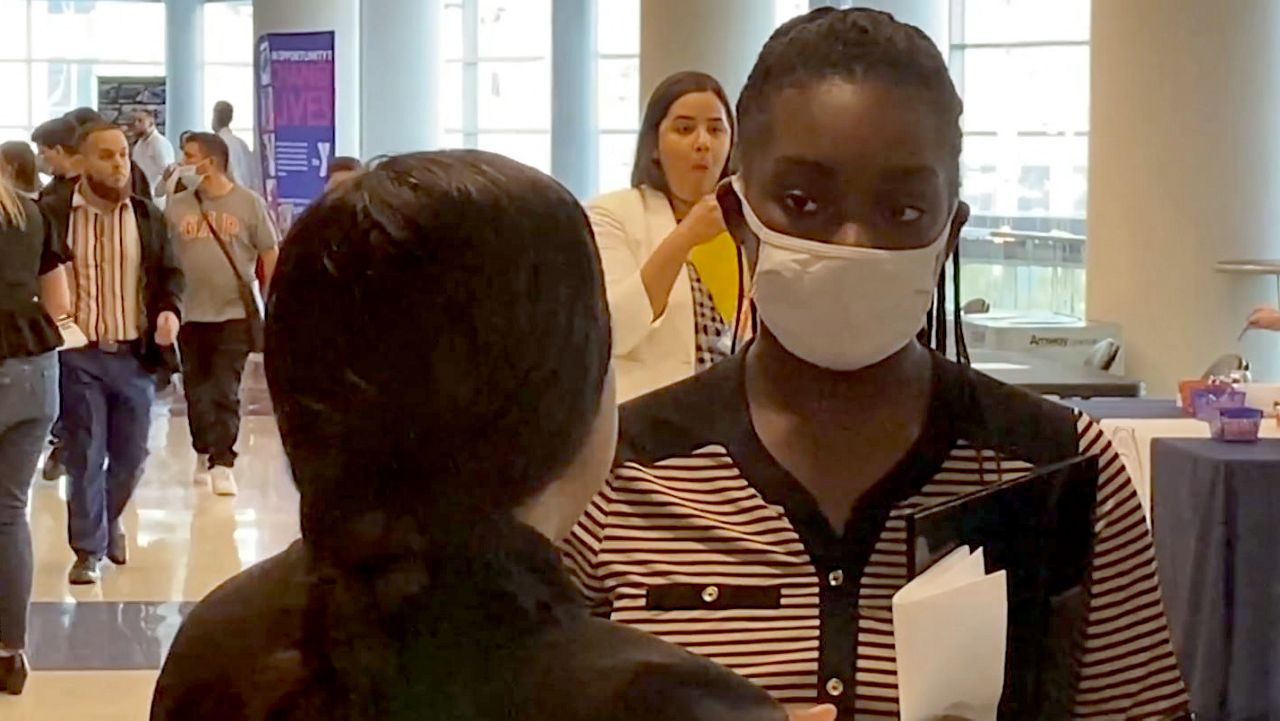 ORLANDO, Fla. — While Gov. Ron DeSantis signed legislation this week that makes it illegal to fire someone due to COVID-19 vaccine requirements, local businesses admit they are still waiting to see what happens.

President Joe Biden’s vaccine mandate for companies of more than 100 employees is set to take effect on Jan. 4, but even that is now being contested in the courts.

On Friday, OralndoJobs.com held a job fair at the Amway Center. In attendance were 135 companies, and none appeared to have any signage at their respective booths announcing that new employees would need to get a COVID-19 vaccine.

Dorian Glover was one of the 3,000 job seekers who attended the job fair — she said she was just looking for a part time job to help earn some extra money for the upcoming holidays.

The part time waitress said that despite all the jobs out there, the pay being offered during Friday's fair was not overwhelming.

“A lot of people are paying under $15 dollars an hour,” Glover said.  “It’s just not enough to sustain yourself.”

She also said that any businesses with vaccine mandates would be a problem for her.

“I am not vaccinated,” Glover said.  “So I can not work anywhere that mandates vaccines, so that is just for me.”

Puff ’N Stuff Events Catering has just under 250 employees and is looking to double in size in the near future. They do not have a vaccine mandate in place and are still unsure what the policy will be moving forward.

“We definitely have to be aware of what is going on,” said Deborah Gonzalez, Puff ’n Stuff Catering's director of human resources. “At this point we still have not put anything in place yet. If we need to we will be prepared.”

“Still plays a big factor, because everybody has a different opinion of where COVID is and what it is doing,” he said. “We still have 30% of the work force sitting on the sidelines."

With more than 100 companies on hand and thousands of jobs available, Dorian was optimistic, mandate or not, that she could find the right place for her.

“I think I am going to contact a few places after this,” she said.

The odds were in her favor, because there were more jobs available Friday than people who attended the job fair by a very wide margin.

Officials from several businesses at the fair told Spectrum News 13 that they really aren’t sure what their company’s policy was ultimately going to be with the OHSA vaccine mandate, because they have not been forced to make a decision yet.  ​