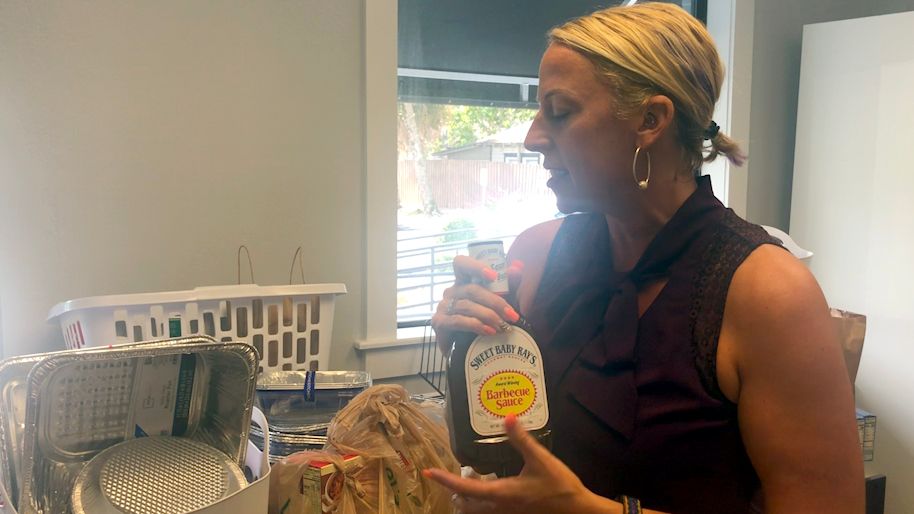 Harbour House of Central Florida CEO Michelle Sperzel sorts through donated Thanksgiving food items that will be given away to families affected by domestic violence. (Spectrum News 13/Ben Boocker)

ORLANDO, Fla. — Michelle Sperzel, CEO of Harbour House of Central Florida, knows what it’s like to be stuck in an abusive relationship.

“I thought it was just a really bad relationship — I didn’t realize that it was as dangerous as it could’ve been until I started doing domestic violence work,” she said.

And that’s why Sperzel says it’s so tough for many victims to escape domestic violence, because it’s often difficult to recognize that it's happening in the first place. She said some cases of abuse aren’t as obvious as others.

“Some people are in highly, highly lethal, dangerous, physical altercations with someone is abusing them,” said Sperzel. “Other people are in situations where it is verbal and gaslighting and financial.”

When a victim recognizes potential abuse and is ready to come forward, Sperzel said Harbour House makes sure they have a safe place to open up.  That’s why the organization renovated their consultation rooms to make them accommodating to domestic violence victims.

“It’s about the emotional abuse, it’s about the verbal — because those are all warning signs to that physical altercation, and they start to escalate and go up,” said Sperzel.

And she said the bottom line is, if someone has a gut feeling that something isn’t right, they should reach out and tell someone about it.

“If you are intimidated, or if you are scared of your intimate partner, that is not normal," Sperzel said. "And you should reach out to somebody to talk about the fact that you’re nervous about this relationship you are in."