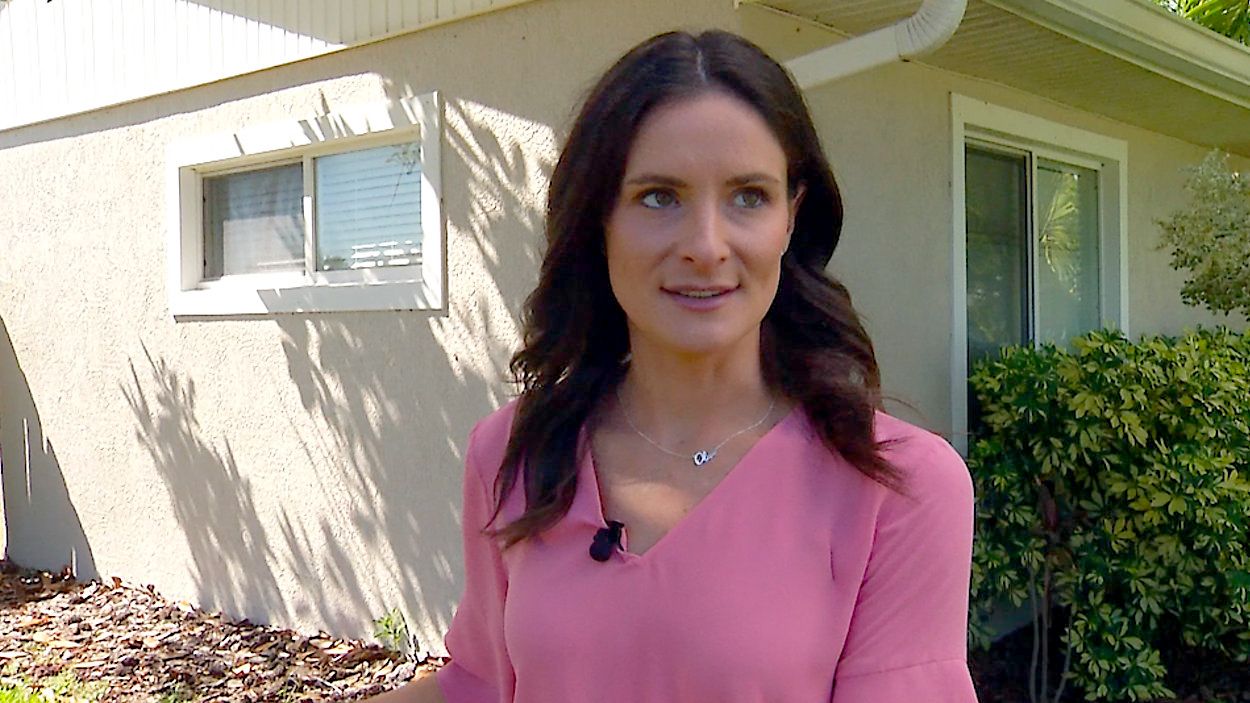 Brevard County School Board member Jennifer Jenkins stands outside her Satellite Beach home where she says protestors have threatened her and her family over the county's school mask mandate. (Spectrum News 13 staff)

BREVARD COUNTY, Fla. — Some Brevard County School Board members say anger towards them over the district's school mask mandate doesn’t stop when board meetings end.

School Board member Jennifer Jenkins said that anger has followed her all the way to her home in Satellite Beach, where some protesters have done damage to her property and have even had face-to-face confrontations with her.

Jenkins said at one point a protester in her yard coughed in her face.

“I just thought man, this is so extreme, this is so intense, this has risen to a totally different level,” she said.

Jenkins said it’s just one of many instances where people have shown up to her neighborhood, angry about her stance that students should be required to wear masks in schools.

She’s installed cameras around her home  — and even in her trees — for extra security. She said some protesters used chemicals to burn curse words in the grass right outside her daughter’s bedroom.

“When we’re doing story time she’ll say, 'Hey, are those mean people outside?' or, 'When are they going to come back?'” said Jenkins.

Jenkins said someone even falsely accused her of abusing her 5-year-old daughter, which resulted in an investigation.

“I had to be on the other end of an experience that I typically am the one making phone calls for in my job,” she said.

Jenkins said when the School Board brought up a measure that rejected a federal push to have the FBI investigate threats to school board members across the country, she had to speak up. Her remarks went viral for a few days across the country on social media.

“I could actually benefit from large law enforcement organizations coming in and supporting local ones,” said Jenkins.

She said local police are looking out for her safety and she’s received a lot of messages of support from parents.

And she says she doesn’t mind people expressing their opinions, but believes some parents and others are taking their anger too far.

Bruce Rogow is an attorney that specializes in constitutional law, including what’s protected under the First Amendment.  He said unless someone commits a specific crime — like trespassing or attempted assault — or takes action that would be considered an imminent threat to the School Board member, their threatening words are protected as freedom of speech.

Rogow said while some verbal threats to School Board members may not break the law, he believes those trying to get their points across may have better luck by taking a less threatening manner.