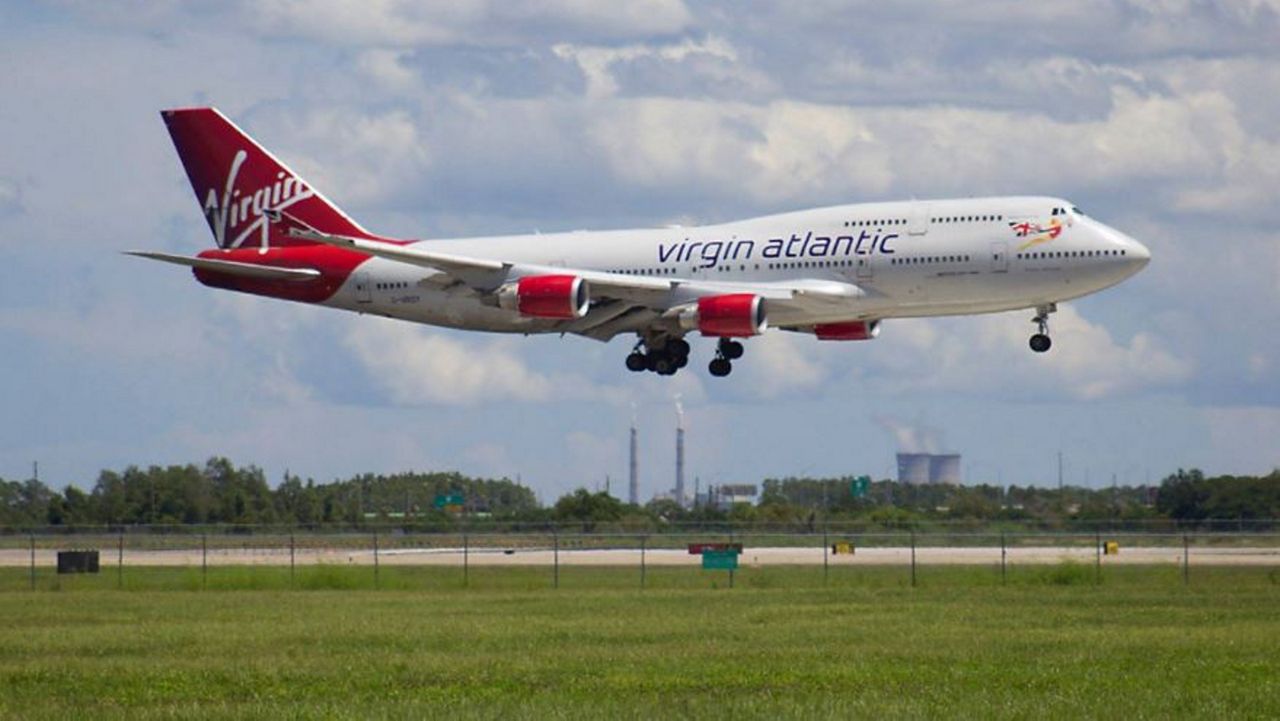 ORLANDO, Fla. — For more than a year, Lorraine Hutchinson has been waiting for the White House’s announcement Friday that it will soon allow fully vaccinated international travelers to enter the United States.

Under the new policy, fully vaccinated international travelers who have taken a negative COVID-19 test 72 hours prior to their flight will be able to enter the U.S., as long as they share information for contact tracing, according to an official.


The move impacts travelers from more than 30 nations, including Brazil, China and most of Europe.

International visitors represent a strong share of tourists, and income, for Florida.

"We view pent-up travel demand as a global phenomenon. We are eagerly anticipating the return of transatlantic air service in the coming weeks,” Greater Orlando Aviation Authority Chief Executive Officer Phil Brown said Friday. “Prior to the pandemic, international service made up approximately 14 percent of our overall traffic. After October 25, we will have a much clearer idea of how the new rules and regulations will impact our operations at Orlando International Airport.”

According to the GOAA, Airports Council International (ACI) expects guidance to be released to airports and airlines Oct. 25, to allow airports time to prepare and coordinate locally. The Centers for Disease Control has already informed airlines that all Food and Drug Administration-approved and authorized vaccines, as well as emergency use listing from the World Health Organization’s will be accepted for travel, according to the GOAA.

Visit Florida data shows in 2019, 131.4 million people visited Florida, including 10.9 million from overseas, and another 3.6 million from Canada.

Hutchinson, of Nottingham, England, said her family has visited Central Florida once or twice a year, every year, since 1998.

“For us, it’s the land of dreams, and I totally become a little girl again when I’m in the middle of Disney, or Universal, or SeaWorld,” Hutchinson said.

She described the past two years as “heartbreaking” as her family has awaited word for travel restrictions to be lifted.

With friends in Merritt Island, and family in Tampa, Hutchinson said she is eager to get back to Central Florida, where her family also owns a second home.

Her hopes of returning sooner rather than later, however, appear bleak.

A TUI spokesman said the company intends to restore nonstop service between Central Florida and Great Britain in March 2022. As part of a move, however, that service will now be based at Melbourne Orlando International Airport in Brevard County.

British Airways has yet to confirm when their nonstop service will resume to Orlando.

Orlando International has already received notice from several international carriers that they intend to resume transatlantic service to the airport as soon as possible in early November, according to the GOAA.

British Airways has yet to release when it will restore nonstop service between Orlando and Tampa international airports and the UK as it had scheduled in the past. British Airways’ website does not list any nonstop flights between Florida and the UK on Nov. 8, as of yet.

The timing of the White House’s announcement might prove to be a costly one.

The Hutchinson family is having to push off a trip to Florida to when flights are more widely available. The time and money they planned to spend next month will now be spent on a trip elsewhere in Europe.