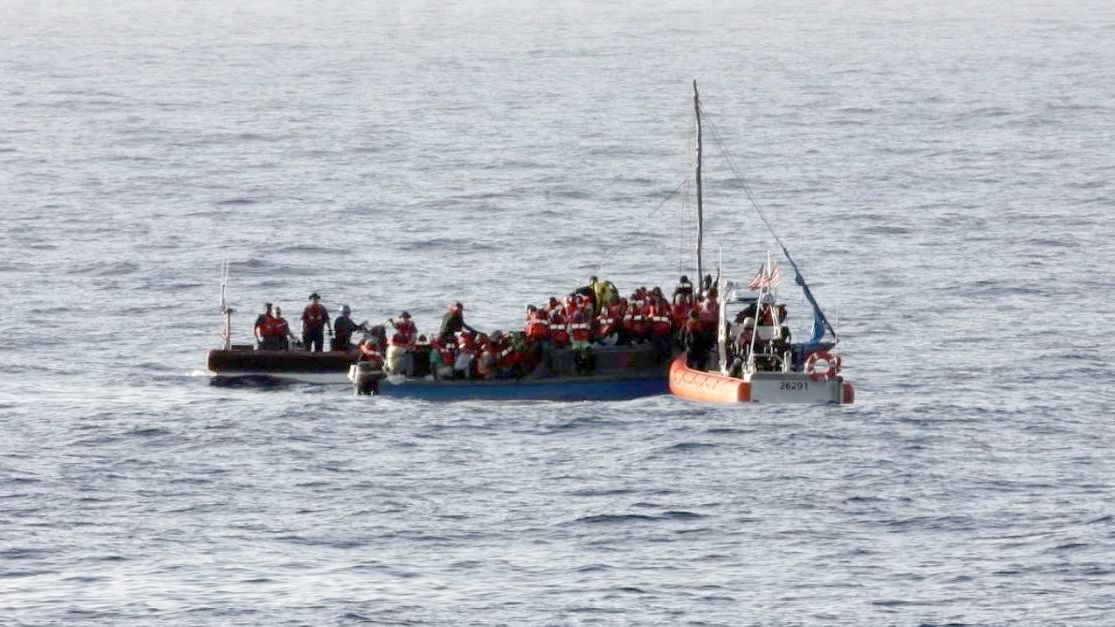 Coast Guard: Number of Haitians trying to reach the U.S. by boat triples in a year

WASHINGTON — The number Haitian migrants trying to reach the U.S. by sea has tripled in the last year, mirroring the dramatic surge of Haitians attempting to cross into Texas from Mexico.

The numbers began climbing dramatically in late spring, and the Department of Homeland Security recently sent an internal intelligence alert, warning of the possible influx of Haitian migrant boats.

“We have patrols constantly in the Windward Passage, the Mona Passage, throughout the Straits of Florida,” Capt. Benjamin Golightly, chief of response for Coast Guard District 7, told Spectrum News.

“The vessels we come across are not your typical, standard construction vessel for the most part," he said. "They are often overloaded and unsafe. It doesn’t take much for those to tip over and sink."

Under federal law, the Coast Guard has the power to seize a vessel in international waters, and Golightly said most of the migrants picked up at sea are returned to Haiti within 72 hours. The Coast Guard, he adds, is prepared to handle the surge.

“We have a mix of assets operating in the maritime environment to do the best we can to prevent tragedies at sea and areas of patrol,” Golightly said.

Thousands of Haitians have also been attempted to enter the U.S. in Del Rio, Texas, along the Mexican border, creating a political crisis for the Biden administration after images of makeshift camps under a bridge went viral.

Some of those migrants were allowed into the U.S. pending their asylum hearings, and the Biden administration flew thousands more back to Haiti, drawing fierce criticism from immigration advocates.

“I don’t think what occurred in Del Rio is going to deter those who are seeking refuge to come to the United States,” said Orange County Commissioner Victoria Siplin, the first Haitian-American elected official in Central Florida.

“Whether it be through crossing the Texas border or whether it be at sea, or air, they are going to be seeking better life for themselves,” she added.

Siplin said the assassination of Haiti’s president in July and a devastating earthquake in August are driving the new wave of migration by land and by sea.

“We are still going to continue to see those who are seeking refuge, those seeking asylum, enter the United States," she said. "That’’s why it is so important for us, the Federal government, the Biden Administration, to deal with the immigration issue."

The administration’s decision to send many of the Haitian migrants back has not yet stopped others from trying to make the trip.

“It is not worth the risk to take to the sea because we are getting to them and sending them back," Golightly said. "They are risking their lives by going out to sea to make it to the U.S."