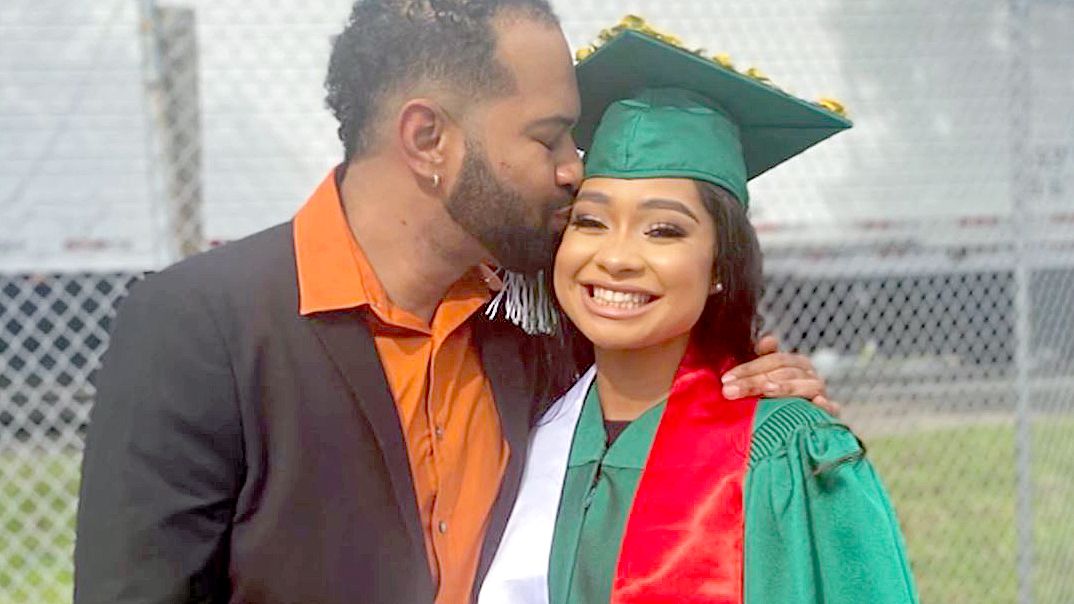 Miya Marcano, 19, was last seen at about 5 p.m. on Sept. 24 at the Arden Villas Apartments complex hear UCF in Florida. Anyone with information on her whereabouts is asked to contact the Orange County Sheriff's Office.

ORLANDO, Fla. — Family members of missing 19-year-old Miya Marcano say they still expect to find her alive and well, despite a disturbing development in her disappearance.

Marcano was last seen at about 5 p.m. Sept. 24, at the Arden Villas Apartments complex near the University of Central Florida in Orlando.

Orange County Sheriff's Office officials announced Monday that a person of interest in the case, Armando Manuel Caballero, 27, has been found dead in Seminole County. In a tweet from the sheriff's office, it stated, "Person of interest Armando Caballero was found dead today. It appears he killed himself."

Marcano is a Black woman who is 5 feet tall and has green eyes.

This is where 19-year-old Miya Marcano was last seen on 9/24. We’re headed to @OrangeCoSheriff right now for an update on her search. @MyNews13 pic.twitter.com/cvpxfMQnHv

Caballero, 27, was a maintenance worker at Arden Villas, and investigators said he used a maintenance key to break into Marcano's apartment around the time she was last seen.

Sheriff John Mina said Caballero worked with Marcano and was known to have made romantic advances, despite her reported lack of interest.

Caballero's death escalates an already intense search for Marcano, and her family is pleading with the public for help in bringing her home.

Her aunt, Scarbriel Henry, said Monday that she hasn't lost hope that Marcano will come home.

Anyone with information on Marcano's whereabouts is urged to call the Sheriff's Office at 407-836-4357.