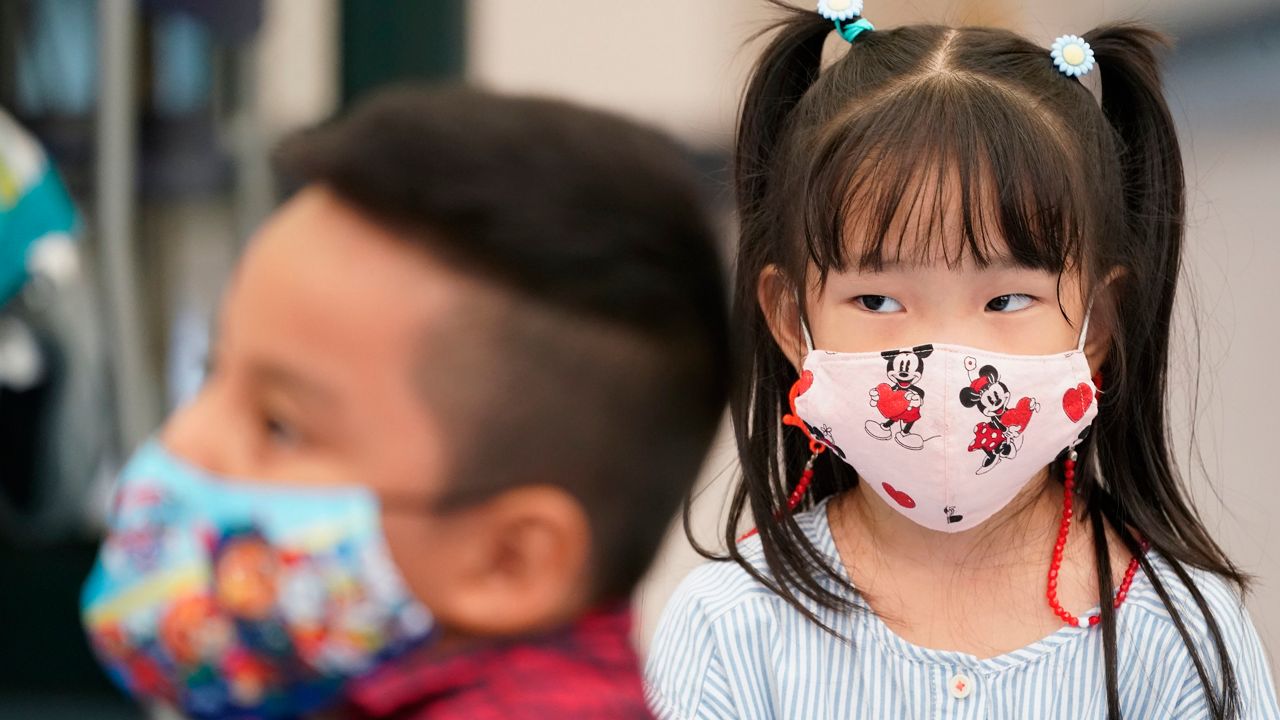 Florida Gov. Ron DeSantis announced the appointment of Dr. Joseph Ladapo to the office of surgeon general on Tuesday, the day before the new school COVID-19 protocol rule was enacted.

The rule, "Protocols for Controlling COVID-19 in School Settings," most immediately changes the way students who are exposed to COVID-19 quarantine after the fact.

Saying that students' guardians "have a fundamental right to make health care decisions for their minor children," the rule now makes quarantining optional for asymptomatic students.

Officials with the Orange County and Hillsborough County public school districts sent messages to parents indicating they are reviewing Wednesday’s order by the surgeon general but that current COVID mask policies remain in place for a specific period.

"The district is currently reviewing the Florida Department of Health's new rule that was issued today by the state Surgeon General. As a reminder, our current mask requirement for students and adults remains in place through Oct. 30. Our goal is to keep our students and staff safe and keep our schools open. Thank you for your support of Orange County Public Schools."

As mentioned, the new rule shifts the current policy of having students quarantine for exposure.

Previously, students had to quarantine for at least four days with a negative COVID-19 test or for seven days without a test and not show any symptoms.

DeSantis and his new surgeon general argue that the decision over quarantine for asymptomatic students should be left up to parents.

However, those like Wendy Doromal, the president of the Orange County Classroom Teachers Association, say this move is not beneficial for public health.

“I’m afraid that children will be going into schools and the spread will increase because they will be positive and they will be spreading it to more and more children on the buses, in the hallways, in the cafeteria and in the classroom. So, it seems like a very dangerous mandate,” she said.

That email also said, “It is important to note that COVID-19 symptoms may not appear until several days after exposure so we are asking each of you to continue to conduct health self-checks daily prior to sending students back to campus ..."

”As a reminder, the mask mandate with a parent medical exemption remains in effect until October 15th.  Please understand that we appreciate your flexibility and thank you for your continued partnership as we provide a world-class education for every child in Hillsborough County Public Schools.”

During an event at Kissimmee's NeoCity Academy Wednesday, DeSantis touted the efforts his administration has taken concerning COVID-19 prevention in schools.

"We pushed, over the summer, to make sure that kids were able to go to school in person," he said. "It's really important — it's important for their wellbeing and education advancement, their social development, the whole nine yards."

DeSantis said keeping students out of school also put a burden on working parents, who, regardless of the pandemic, need to work and often need their child to be at school to do that.

The governor said families are free to quarantine their child after a positive case in the classroom — but for parents, it is now another health decision they will have to weigh before sending their child to school.

For his part, Ladapo said he approached school COVID-19 protocols simply by taking account of the "costs and benefits of managing this pandemic."

"We would make policies about public health that considered both costs and benefits," he said. "So, when I went to graduate school, that was not a radical idea, that was just sensible."

That cost vs. benefit take on school pandemic safety precautions is what prompted the new emergency protocols announced Wednesday, particularly the change in how students should quarantine, Ladapo said.

"Our new rule today is an example of that," he said. "So, when you look at the data, about what the benefits are of taking healthy children who happen to be exposed to another child or adult who's tested positive for COVID-19, and taking that child out of school for a week or longer due to quarantine, what are the data about benefits? So basically, there's no high-quality data about benefits."

"We're about 18 months into this pandemic, and there's not a single high-quality study that shows that any child has ever benefited from that policy," he added, without explaining what constitutes a "high-quality" study.

According to the Centers for Disease Control and Prevention's schools coronavirus prevention guidance, any unvaccinated student who has close contact with someone infected with COVID-19 should "quarantine at home for 14 days after exposure."

Like DeSantis, Ladapo has said that, in general, he doesn't believe in school closures, lockdowns or vaccine mandates.

“Florida will completely reject fear as a way of making policies in public health. So we're done with fear,” he said Tuesday. "That's been something that's been, unfortunately, a centerpiece of health policy in the United States ever since the beginning of the pandemic and it's over here. Expiration date. It's done."


Lapado, who received his medical degree and a Ph.D. in health policy from Harvard University, will replace Dr. Scott Rivkees, whose contract expires at the end of the month.

Lapado has also said vaccines aren't the only way to combat COVID-19 and getting one is a personal choice.

“Vaccines are up to the person. There's nothing special about them compared to any other preventive measure,” he said. “The state should be promoting good health, and vaccination isn't the only path to that. It's been treated almost like a religion. It's just senseless. There's lots of good pathways to health.”

He said in addition to vaccines, people should be encouraged to lose weight, exercise more and eat healthier.

According to the latest data from the Florida Department of Health, since the beginning of the pandemic, more than 3.4 million Floridians have tested positive for COVID-19, and more than 51,000 have died from the virus. Positivity rates for the state remain in the double digits at 11.2%, the DOH data shows.

There were also more children younger than 12 who tested positive for COVID-19 during that time period than any other age group, state data shows.

Meanwhile, across the country, an average of more than 1,900 people are dying each day from COVID-19, which is the highest rate the U.S. has seen since early March.

It’s a school night in the Braillard house for fourth grader Calvin who is playing video games, and his sister Daphne who is doing homework in the kitchen with their mother.

Calvin, on just the second week of school, was sent into quarantine after being exposed to someone with COVID-19. He was home a total of seven days and never showed any symptoms.

“We were in the car driving there (to school)," he said. "Mom got a call at home and that meant Daphne was dropped off — I stayed behind.”

Calvin admitted that staying home wasn't all that bad, but his little sister wasn't as happy.

"It was scary at school, because I didn't have him there with me," Daphne said.

While he was not sick, and didn't become sick, Calvin had to stay home. Students being unable to receive in-person education because there is the potential of them becoming sick — DeSantis calls it a problem that needs to be fixed.

“If you take the number of kids we had in face-to-face instruction — pushing 2 million kids — they are all here or there getting quarantined," Florida Commissioner of Education Rrichard Corcoran said of the process the state previously followed when students were exposed to someone with COVID-19. "You are talking about what would be described as chronic absenteeism pandemic.”

Now, if a student in a classroom tests positive for the coronavirus, students that were within 6 feet of that person for a period longer than 15 minutes, they will not be required to quarantine unless they show symptoms.

That is a serious problem for Melissa Braillard, Calvin’s mom.

“It takes so long for us to understand if a kid has COVID," she said.  "I would rather err on the side of caution and have everyone quarantine.”

Braillard said she didn't think Wednesday's emergency rule was a good idea, and warned that it could be costly for students in the future.

“I think we need to keep the kids safe," she said. "This could impact them their entire lives."

Notice of Emergency Rule by Chris Vaughn on Scribd