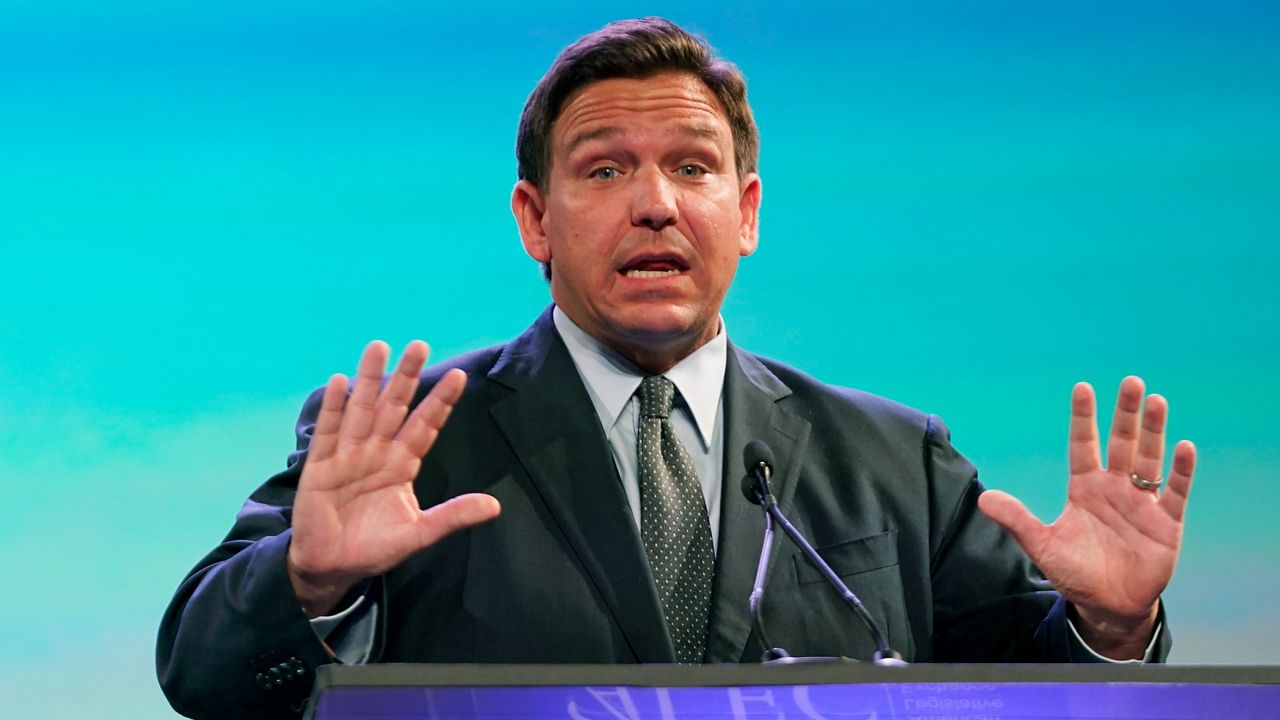 TALLAHASSEE, Fla. — Arguments in a lawsuit against Gov. Ron DeSantis, and a number of Florida school districts, were heard Monday in a virtual Tallahassee courtroom.

If the lawsuit continues moving forward in court, and judges rule in its favor, it could mean school districts would regain power to enact and enforce mask mandates.

That's exactly what some parents and teachers are hoping for.

Rich Schellhase wears two hats: One as a parent, and another as a teacher.

But it doesn't matter which one he’s wearing, from either perspective he wants to see every student in schools across the state wearing a mask.

“I can see both sides of it," said Schellhase. "But I understand as a parent that you want your child to be safe, and I think that the CDC has shown over and over why the masks are so important, especially with the delta variant.”

Right now, a full-throttle mask mandate is not an option for school districts in Florida, unless they want to face retaliation from the Governor’s Office and the Florida Board of Education.

DeSantis’s July executive order bars school districts from enacting mask mandates, and threatens pulling funding if they act against it.

But a lawsuit scheduled to be heard this week in Tallahassee, presents a strong challenge to DeSantis' order.

“Basically, what the plaintiffs in that case are saying is that the governor’s order violates several parts of the Florida constitution," said Orlando attorney Jonathan Rose.

There’s a long list of plaintiffs in the lawsuit, but every single one of is after a similar end goal.

“They’re all trying to get a court to issue an injunction against the governor, saying that he can’t enforce the executive order," said Rose.

Numerous school districts have enacted mask mandates despite DeSantis' order, and two counties — Alachua and Broward — have already had their funding threatened by the state Board of Education.

On Monday, Orange County leaders will meet behind closed doors to discuss the lawsuit’s impact on its own school district.

In the meantime, Schellhase says he’s proud of his daughter, Lizzie, for setting an example that he hopes will become the standard.

“She is vaccinated, but she thinks it’s very important to be wearing masks," said Schellhase. "She doesn’t like it, it’s not her preference, but she understands why it’s important. She’s done her own research, she’s looked through everything, and we’re very proud of her for making that decision.”

Arguments in the lawsuit are scheduled  to start Monday morning and last three days.

The legal expert Spectrum News spoke with said once a judge rules one way or the other, he expects the losing parties will appeal, potentially all the way to the Florida Supreme Court.​