STATEWIDE - A group of attorneys filed a lawsuit Sunday in an effort to force the State of Florida to restore $300 weekly extended federal unemployment benefits.

Attorneys Scott Behren, Gautier Kitchen, and Marie Mattox are leading the suit which was filed Sunday afternoon in Broward County. The suit is expected to be registered with the Clerk of Court's Office Monday morning.

The suit names several Broward County individuals as plaintiffs, who say they've suffered financial hardship due to the state shutting off federal benefits. The suit, however, aims to get benefits restores for all Floridians impacted.

Florida is 1 of 26 states that prematurely shut off those benefits saying it incentivized people not to work. Asked about the impact, DEO's Chief of Labor Data said two weeks ago that the data does not yet tell whether ending benefits will actually spur more people returning to work.

Florida is not the first state to be sued over ending the extended federal unemployment benefits. There are similar suits in Maryland, Ohio, Indiana, Oklahoma, and Texas. Judges in Indiana and Maryland have ordered the benefits be restored pending litigation. 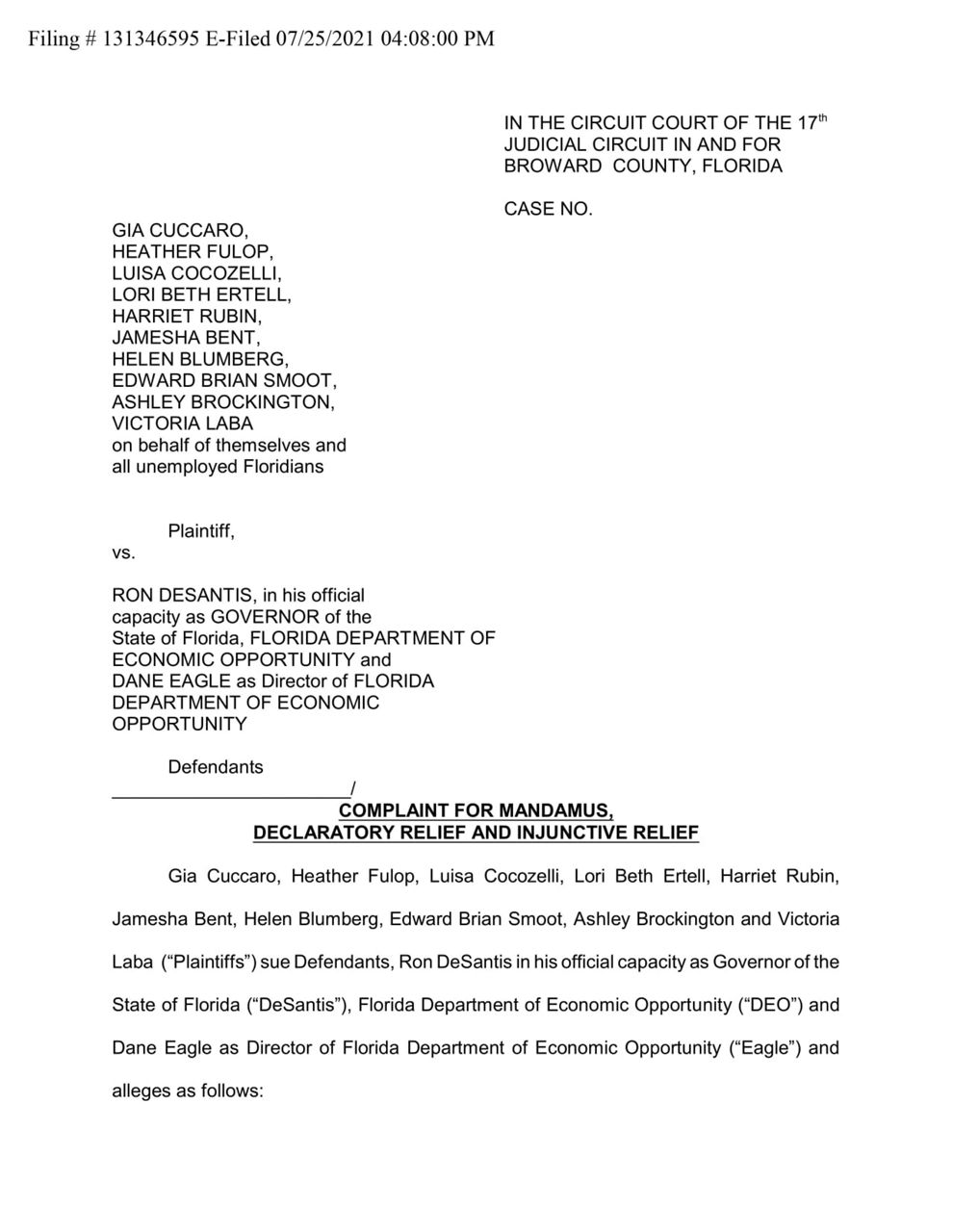