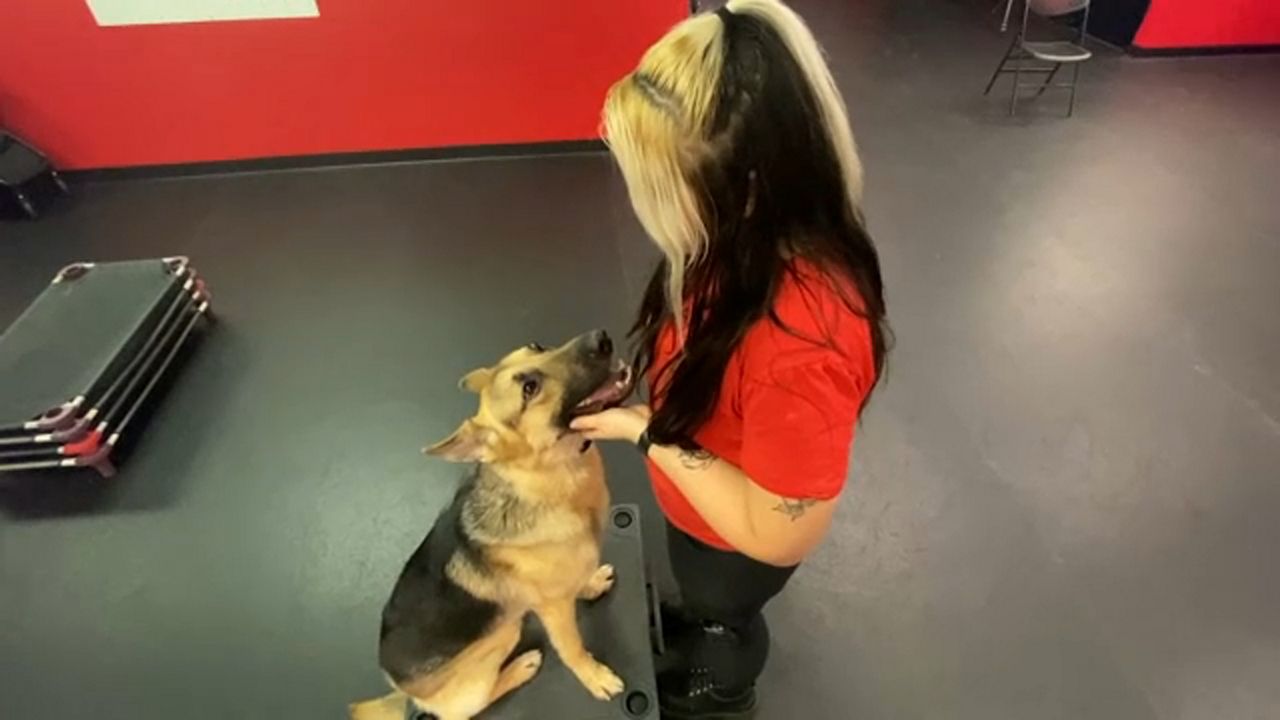 ORLANDO, Fla. — The pandemic that prompted a surge of pet adoptions as many people sought out a furry friend while stuck at home has lit a fire in another business: Dog training.

At Sit Means Sit Orlando, owner Matt Smith says this is the busiest he’s seen demand since his business opened more than 10 years ago.

“Demand is through the roof,” Smith said. “We’re running seven days a week, and we’re authorizing overtime for our staff.

"We’re trying to hire more people to get them in here because again, that demand — I’ve never seen it at this level before.”

It wasn’t that long ago that he had to lay off his entire staff and shut everything down at the start of the pandemic.

“No dogs, no trainers, no people — it was dead, pitch black — and that’s the first time in 10 years we’ve ever had that happen,” Smith said.

But once things reopened in 2020, Smith said everything turned around quickly as his business began getting overwhelming demand from people who bought or adopted new dogs during quarantine.

“Clients are coming in and they’re concerned, like, 'I wasn’t able to do anything and now my dogs aren’t socialized... I’m having X, Y & Z challenge — can you help me?' ” Smith said.

“So we have seen a huge uptick in those types of questions.”

So far this year, he and his staff have trained nearly as many dogs as they did all of last year. And his kennel is full.

He's now working to add more trainers to his staff — a long-term business goal the pandemic forced him to accelerate.

But Smith said frustrated dog owners shouldn’t get discouraged. He says it might just take some work to get their new “COVID-companion” to behave.

“We try to get people to understand you can do anything you want — a little bit of effort and you can make it happen,” he said. “It might take a little longer, but it’s worthwhile to do the job.”