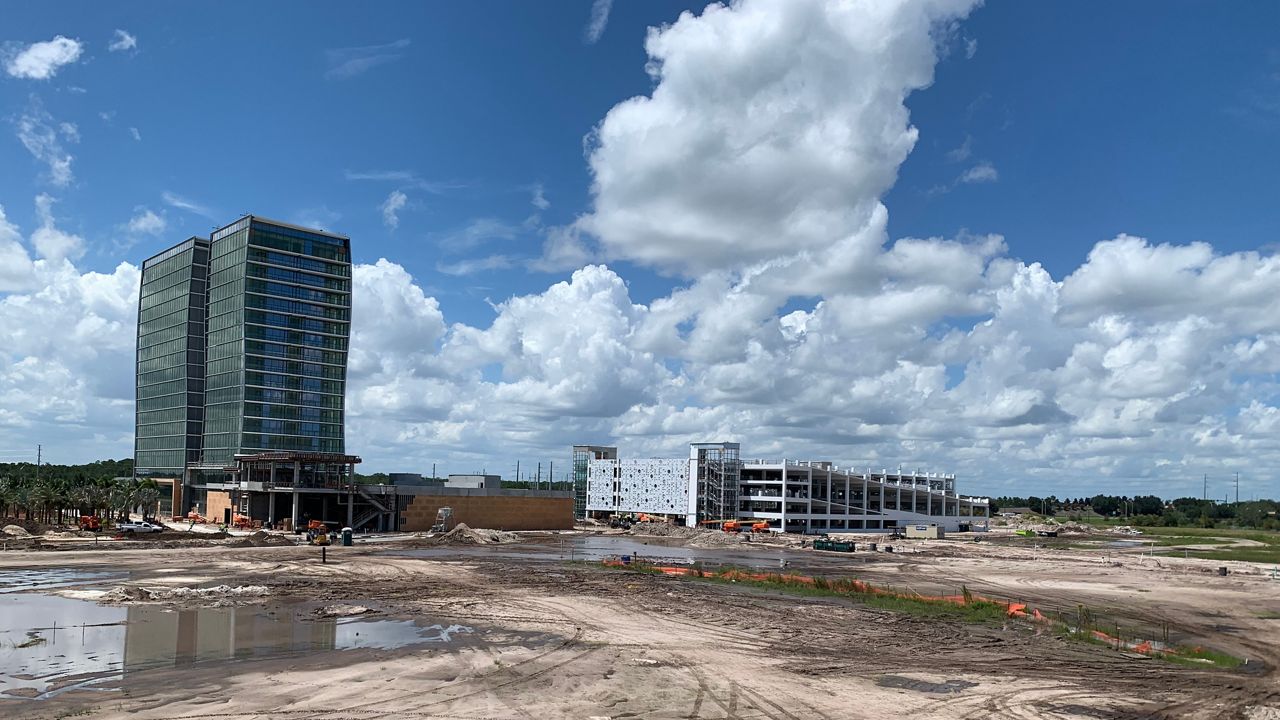 Disney's new Lake Nona campus is expected to bring hundreds of workers to the area and real estate experts say that could cause a housing rush in the area. (Spectrum News 13/Asher Wildman)

With Disney slated to move hundreds of jobs from California to Central Florida, Lake Nona is expected to see continued growth.

About 30 years ago the area was filled with trees and more livestock than people.

Disney’s new regional campus is expected to be completed in the next 18 months. It will house some of the theme park division’s administrative offices and will be home to cast members, Imagineers and other company employees.

According to Disney officials, the move is in part due to Florida’s business-friendly environment and will allow for more team collaboration.

It’s another quick change for those who like a slower pace.

About 17 years ago, when Mike Lansing was looking for a home on the St. Cloud/Lake Nona line in Majestic Oaks, he was surrounded by cow pastures.

“The trees, the quiet, and it was away,” Lansing said while mowing his grass. “It was close enough to go to town, but far enough away to feel like you lived in the country.”

It was about 10 years ago that Lake Nona really started to see a big residential boom.

With potentially up to 2,000 new families moving in, the building won’t stop going up, and real estate agents say home prices won't either.

“I think the Disney move here will really increase prices in the area — you have got people coming from California where 4, 5, 6, $700,000 to a million dollars is nothing,” said Kathy Hereford, a real estate agent who has worked in Lake Nona for 12 years. “I see them coming to this area and wanting to be close to work.”

Lake Nona, for the Lansings, feels like it was built overnight.

“It’s getting faster and faster all the time,” Lansing says. “I understand that growth is good, but it’s not what we moved out here for.”

While the Lansings will likely have new neighbors down the road, expectations are that property values just across the street will soar.

“With just how builders are holding off on selling lots, and they are doing lotteries, and releases,” Hereford said. “What it is doing is creating a frenzy when people need to move for the resale market.”

That trend also being seen at Majestic Oaks.

“The houses here don’t last long," Lansing said. "If they do, they have competitive offers and are gone in 5-10 days."

Which means potential buyers better be ready for when the next for sale sign goes up.