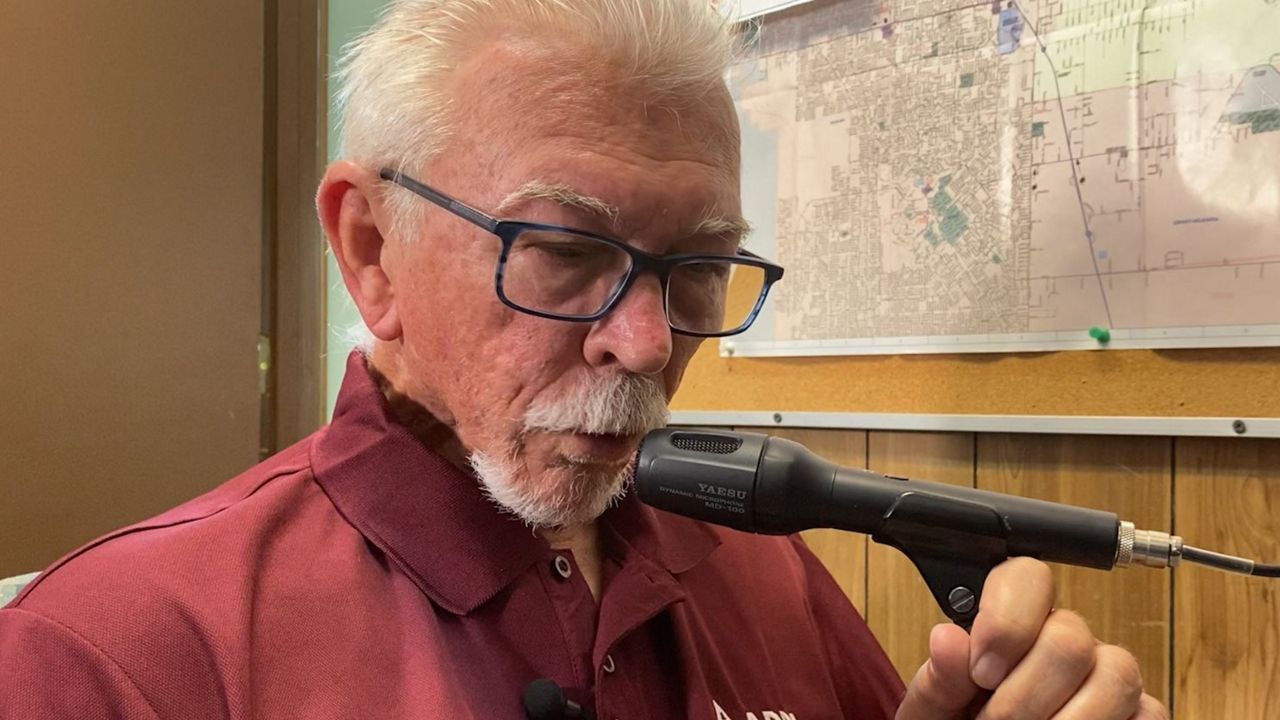 BREVARD COUNTY, Fla. — One group already is preparing to help in case a tropical storm takes down communications during this hurricane season.


"Many of our folks, when there's problems, they grab their radios and run toward the problem," says Dan Fisher of the Platinum Coast Amateur Radio Society.

For the 100 members of the group, it's more than a hobby.

In a way, they are first responders.

When hurricanes or tropical storms pummel the Space Coast, his volunteer team is ready to establish communications when systems go down.

"You get your radio, a car battery and throw a wire up in a tree, and you've got your station," Fisher says.

Brevard County alone is home to about 3,000 "hams," each equipped with his or her own radio gear, ready to help.

Fisher says his team has had a longstanding partnership with Brevard County's Emergency Operations Center.

"We have a Ham station in the EOC," Fisher says.

"When everything else goes down, the Hams, they can throw a line up in a tree and get us talking to pretty much anybody," new Brevard EOC Emergency Operations Manager Chris Eliadis says.

He comes from Florida's Panhandle, where Hurricane Michael wreaked havoc in 2018.

If anyone knows the value of amateur radio operations, it's him.

"There was a point in Hurricane Michael in Walton County, it was the only way we could communicate outside our EOC for a while," Eliadis says.

"For weeks, it was only way they could get out and let people know what they needed. They truly are the unsung heroes."

The radio operators don't do it for praise, Fisher says.

"We're not out for glory," he says. "We have a responsibility to help out."

The Platinum Coast Amateur Radio Society is having a field day this weekend in Melbourne. The public is invited.