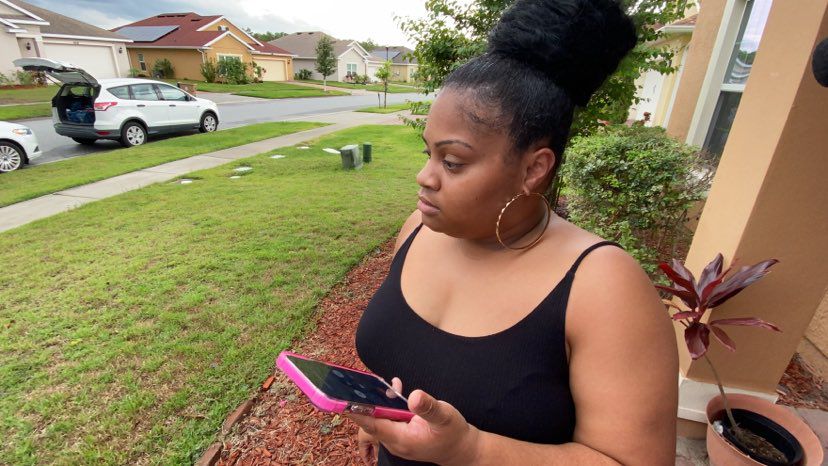 ORLANDO, Fla. — Weeks after the Florida Department of Economic Opportunity ended a third-party contract for call center services, there remains a steady outpouring of complaints from Floridians who say they can’t reach the agency to resolve claim issues.

Many tell Spectrum News that not being able to communicate has continued to prevent them from receiving months’ worth of benefits owed.

“July Fourth is going to make it three months I’ve been trying to get help,” Kissimmee mother Latonya Notise told Spectrum News. “I feel like I’m the person who did something wrong when I’m the victim, when someone is collecting unemployment in my name and no one will help me.”

Notise said she was laid off from her work-at-home pharmacy tech — a job she held for six years — on April 4.

It was only then Notise found out that someone may be using her personal information to fraudulently collect benefits.

Despite trying to repeatedly get through to DEO call centers and clear the situation, Notise said she’s not gotten anywhere.

“I was told ‘Sorry, can’t help you’, click,” Notise said. “This is the fraud department, I’m calling you to tell you someone is doing fraud in my name.”

The sentiment among Floridians is that with the problems still remaining a year and a half into the pandemic, is that the state is not willing to take necessary action to clear the backlog of problems.

Laid off for the first time in January, Allison recently started a new job outside of her realm of marketing and sales that she’s worked in for several decades.

She, however, has still yet to receive any benefits since January.

“I think it’s frustrating, it’s disheartening for someone, because I put into the system, it’s supposed to be helping me when I’m down and it’s not, and there’s no one to talk to, no one is listening,” she said.

While complaints about not being able to reach DEO have been steady for months, they’ve grown in recent weeks sincethe agency announced it would prematurely end a contract with Titan Technology/KForce for third party call center services.

DEO officials said at the time that the move was made because it was dissatisfied with the services provided and it was expected for the contract to not be renewed.

While agency officials say they are continuing to work as quickly as possible to clear the issues, no one has answered questions about call center and customer service staffing.

Spectrum News continues to ask DEO how many agents are actively answering calls and requests data about call volume.

DEO did say earlier this month that it will be using a share of $92.5 million in appropriated state and federal funds to begin hiring 435 additional Reemployment Assistance staff members to help with call center support and processing claims.

The agency is also utilizing an online portal to help with claim issues.