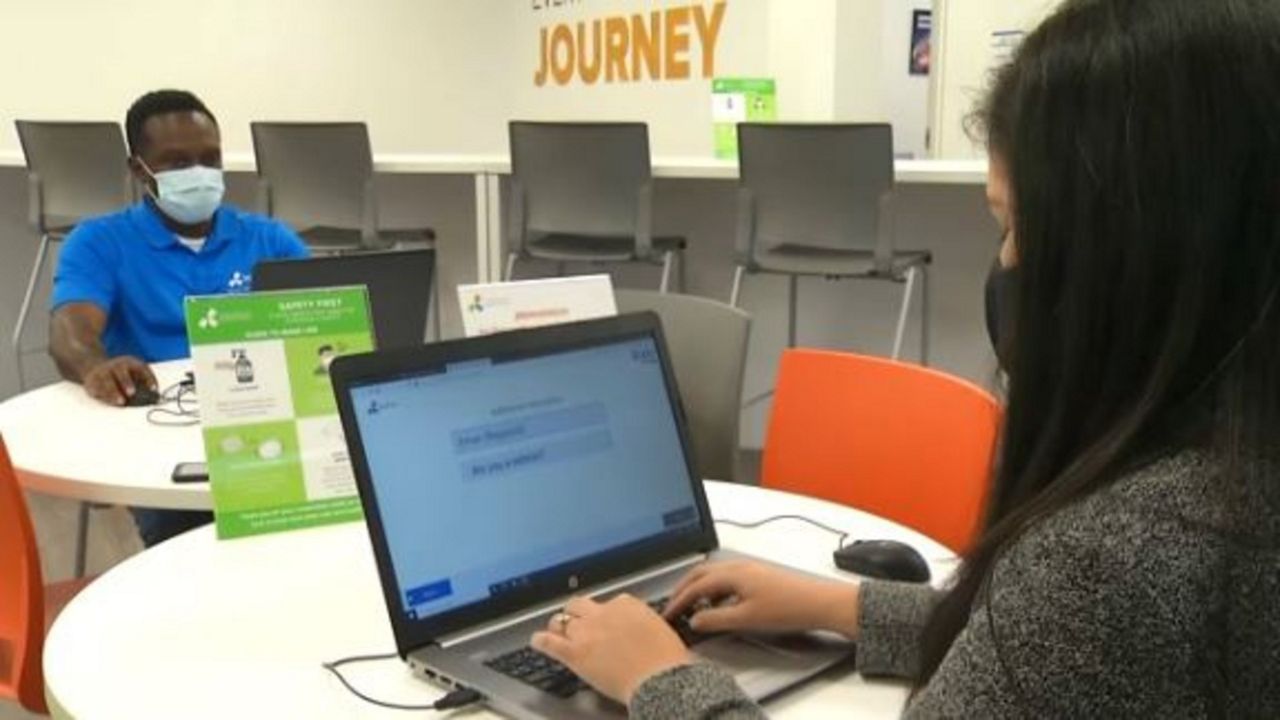 Many of those people who have lost jobs since the start of the COVID pandemic have turned to CareerSource Central Florida to help them find positions or to improve their skills so they can start a new career. (File)

ORLANDO, Fla. — By most observations, little has remained the same since the start of the pandemic one year ago.

Businesses that have since reopened have changed their ways. Their staffs are a fraction of what they once were, leaving people like Joanne Santiago to figure out what to do next.


Like millions of Floridians who faced furloughs and layoffs, Santiago is among those who is still trying to rebound. The single mom of a 6-year-old daughter has yet to find a new job after being laid off as a cashier for a major retailer in Orlando.

“I’ve been putting in applications everywhere, but no call back, nothing,” Santiago said. “I figured it would be easy to find [a new job], but I fill out all of the applications, and you call, they tell you to speak to a manager, and the manager tells you the position is not available. But, I see it posted online.”

Returning to work is paramount for Santiago. She’s facing eviction, with an Orange County judge providing a temporary stay on removal per the Centers For Disease Control’s eviction protection program. Santiago’s car was recently repossessed, and she said she is still owed more than a month’s worth of unemployment benefits.

“I’m in the dark because every which way, I go and try to handle my situation and look for a job,” Santiago said. “I’ve applied, I’ve called, and I’ve gotten nowhere.”

Countless Floridians have shared their stories of their job search struggles. People like Mindy Weiss and Jeanne Tsoulas.

Both are laid off from their jobs, and because of their age, fear they face greater adversity in being rehired by companies who would prefer hiring younger people.

Menard is still furloughed from his entertainment production job.

He had hoped to be back to work long ago, but that rolling setback has moved to some point later this year at the earliest.

“I was looking for jobs, but entertainment in Central Florida has essentially be squashed,” Menard said.

He focused on jobs within his industry nationwide, willing to make the move. With no callbacks, he expanded his search locally.

“Desperation, I heard back from not many, but a few management jobs, saying I was overqualified for retail jobs or all of these roadblocks, or nothing, radio silence,” Menard said, estimating he’s heard from only three jobs out of the more than 100 applications he filed.

Told he was "overqualified" for retail and restaurant management jobs, Menard has now settled for a part-time retail job.

Menard, Santiago, Weiss, and Tsoulas are not alone.

Notable for an area in which the economy is anchored by tourism jobs.

The nonprofit, funded by the state and federal governments, provides an array of free job-search assistance services.

“We can offer resume assistance, career coaching, interview tips,” Harris said. “We can provide scholarship opportunities for training for upskilling.”

CareerSource Central Florida works with youth as well as adults.

“Our goal is to help people get back on their feet as quickly as possible,” Harris said.

The challenge for some is finding work that’s within their realm of skillsets and experience.

Those like Santiago said they want to work but need employers willing to give them a chance.