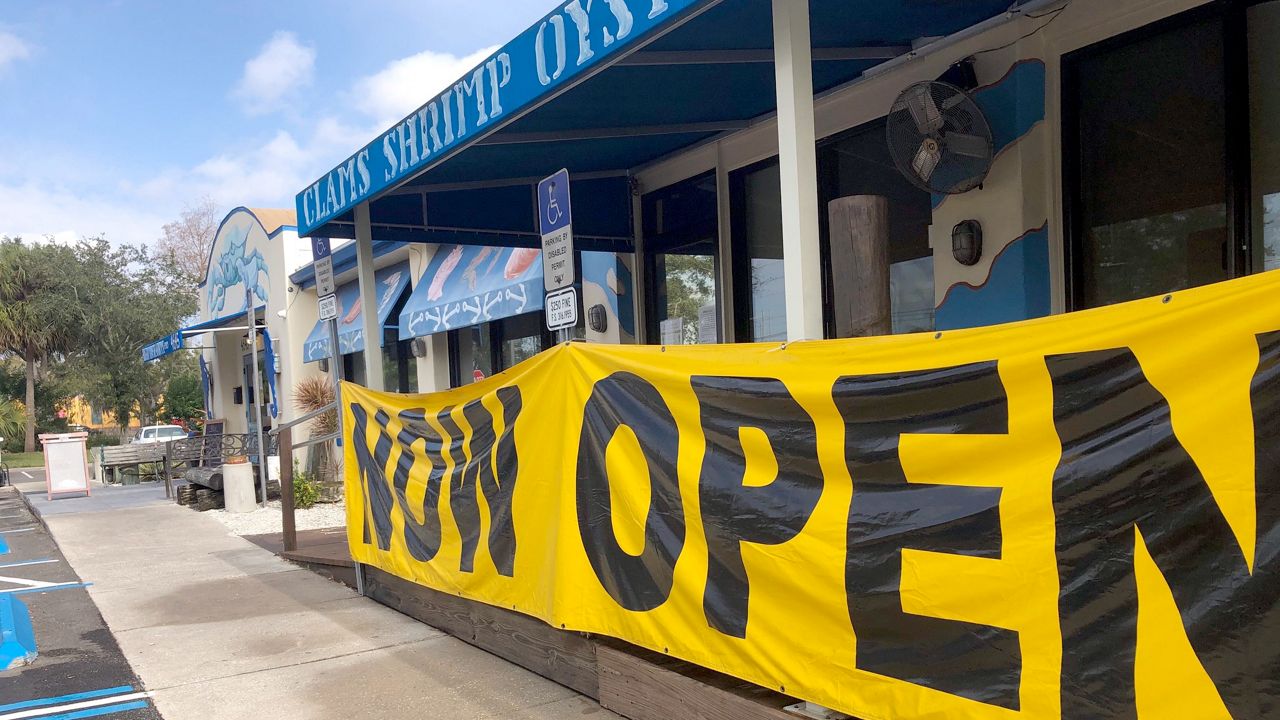 High Tide Harry's in Orlando has seen an increase in business after customers read about their struggle during the COVID-19 pandemic online. (Eric Mock/Spectrum News 13)

But the empty booths and tables are hard to ignore.

Harry says it’s unlike anything he’s seen in the 25 years since he opened the restaurant.

“Well this thing’s scary, there’s no playbook for this one,” he said.

Brennan, who also works at the restaurant, describes the losses they've seen since the pandemic took hold.

“March is actually our busiest time of the year with Lent, very popular for people to eat fish," he said. "But in March we lost about $100,000 from what business we’re used to doing.

"And then from there it’s slowly gotten a bit better, but still in the last month of November we lost about $40,000 overall,” he said.

Watch: "If I don't have a staff, I'm out of business," says owner of High Tide Harry's

Their story is being played out in restaurants all over the U.S.

According to the National Restaurant Association, 87% of restaurants report an average loss of 36% in revenue this year.

They also report 110,000 restaurants nationwide have permanently closed since the pandemic started. They’re calling on Congress to pass another relief package soon.

“And for every month that passes without a solution from Congress, thousands more restaurants will close their doors for good,” said Sean Kennedy, executive vice president for public affairs for the National Restaurant Association.

In the meantime, the Hereticks have called on loyal customers for aid.

Jim O’Loughlin has been going to High Tide Harry's since they opened.

“I’m here at least two or three times a week," he said. "More people should do that, it’s a tough situation we’re facing out there."

Brennan recently posted on Facebook telling his dad’s story and opening up about their struggles, saying Harry went without a paycheck for four months to avoid laying off any of their 70 employees.

They said the response to that has been incredible.

“We had the best weekend we’ve had in two years,” Harry said.

He's confident loyal customers and new ones who saw their post will keep their seafood place afloat.